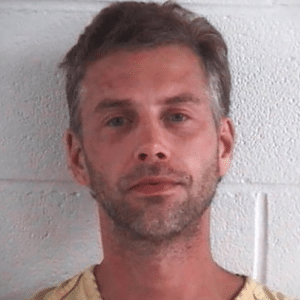 Shawn Michael Grate (Shawn Grate), an American serial killer born on August 8, 1976, may have murdered and sexually abused 5 women at various locations throughout Ohio. He is known to use the second name “Michael” while committing these crimes leaving potential victims thinking that he was perhaps a family member or someone who had helped them in the past.

In 2018, Grate pleaded guilty to two charges of first-degree murder. He admitted to killing Stacey Stanley, 43, and Elizabeth Griffith, 29, both of Ashland, Ohio. Shawn Grate also had been convicted of killing two women in Richland County: Candice Cunningham, 29, and Rebekah Leicy, 31. All of his victims were strangled to death either with his bare hands or a ligature (i.e., nylons or neckties). Shawn Grate was also sentenced to life in prison for the 2006 strangulation death of Dana Nicole Lowrey.

Shawn Grate was a nice guy—one might even say, too nice to be true. The kind of nice guy who presents you with a rose and a smile when he asks you to close your eyes while he gets ready to murder you. Either way, his good looks and charm don’t detract from the fact that what he did was cruel in the first place.

Shawn Grate was described as having been a very social child. On the other hand, a court psychiatrist described Shawn Grate as a “depressed kid” which resulted from the “neglect and emotional detachment” he faced in his childhood. His parents split when he was just six years old. In school, Shawn reportedly had many problems, particularly during his early education years and was held back for kindergarten and the first grade at some point in his childhood. Despite these challenges, he was said to be very charming and amicable and is said to have developed a reputation for being this way during his time as a youth.

The victim, who was identified by the indictment only as “Jane Doe,” called 911 after being held captive for 3 days in a house in Ashland by Shawn Grate during which time the victim had been bound to a bed, sexually assaulted and threatened with death. The woman was safely rescued by the Ashland Police Department and she subsequently engaged an attorney. Because she was the victim of a sexual assault, police declined to reveal her identity.

Stacey Stanley’s family had reported her missing and her body was found in the Ashland home where Shawn Grate was arrested. Ms Stanley is also known as Stacy Hicks, a local Ashland community figure. Her autopsy concluded that she died of strangulation.

Elizabeth Griffith had been missing for about a month before Shawn Grate was apprehended by police. Her lifeless body was discovered at the Yellow Ashland house where Grate was arrested. An autopsy revealed she had most likely died due to strangulation at the hands of her killer, Shawn Grate.

When Shawn Grate was brought in for questioning, he admitted to dismembering Candice Cunningham. He then led authorities to the location of her body, behind a nearby home that had previously burned down which officials confirmed as her remains on November 1, 2016.

Rebekah’s body was found in March 2015, and Shawn Grate said he strangled Rebecca after she stole $4.00 from him at the workplace.

Shawn Grate confessed to killing an unidentified female victim in 2007. The victim was later identified as Dana Nicole Lowrey, 23 of Minden, Louisiana.

Shawn Grate, who was responsible for and confessed to murdering at least five women in three Ohio counties was given two death sentences in 2018. The serial killer had been tried by a jury in Ashland County after admitting he killed Stacey Stanley, 43, and Elizabeth Griffith, 29, both of Ashland, Ohio. The jury had recommended the death penalty and the judge upheld their decision. Shawn Grate also had been convicted of killing two women in Richland County: Candice Cunningham, 29, and Rebekah Leicy, 31. All of his victims were strangled to death either with his bare hands or a ligature (i.e., nylons or neckties). Shawn Grate was also sentenced to life in prison for the 2006 strangulation death of Dana Nicole Lowrey.

Shawn Grate’s death sentence has been upheld twice by the state’s highest court. In addition to direct appeal, death penalty cases are reviewed by both the federal and state supreme courts (a process known as a collateral appeal). During this stage of the appeals process, Grate argued that his trial lawyers — Robert Whitney and Rolf were ineffective.