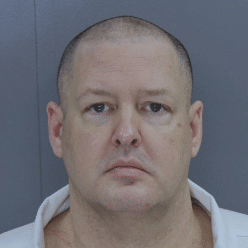 Todd Christopher Kohlhepp (Todd Kohlhepp), born March 7, 1971 in Spartanburg South Carolina, is a serial killer who landed on the FBI’s Most Wanted list. He is also known for holding a woman captive on his property, as well as being convicted of murdering seven people between 2003 and 2016.

Todd  Kohlhepp had a particularly rough childhood – his parents divorced when he was just two years old. In fact, his father gave him the middle name Calvert to distance himself from John’s mother.

Kohlhepp spent time with an abusive grandfather, moving around often and as a boy displayed violent behavior towards animals and other children which earned him time at a mental health institute where he received counseling. At fourteen (years old) he was charged with kidnapping and sexual assault and served 15 years in jail.

Todd Kohlhepp finished his prison sentence in 2001, having served 15 years. At the time of his release, he was on the sex offender registry. Despite this setback, Todd was determined to find success and enrolled in the local college studying computer science and business; anyone who knew him claimed that he had a keen interest in computers even back then before starting his own tech business shortly after finishing his studies. He also wanted to fulfill his dream of becoming a successful real estate broker!

On 31st August 2016, a woman named Kala Brown and her boyfriend Charles Carver were hired by Todd Kohlhepp, of Anderson, SC, to clean brush from his land. Kohlhepp allegedly shot Charles David Carver three times in the chest and buried him in a blue tarp before shoving his captive in a shipping container where she spent 65 days chained to the wall inside a metal storage container on Todd Kohlhepp’s property as her captor devised a way to get rid of her and finally make good on an earlier promise to kill her if she dares to escape.

Kala Brown reported that she was raped repeatedly by Kohlhepp and was intimidated into not escaping after she was shown the graves of Kohlhepp’s other victims. Kala was found on November 3, 2016 by Spartanburg County police after investigators tracked their cell phone locations to Todd Kohlhepp’s 95-acre property. She had been missing for two months!

On November 6, 2003, Todd Kohlhepp gunned down four people at Superbike Motorsport. The incident went unsolved for ten years until he was arrested for kidnapping. Kohlhepp claims that during that time, the victims teased him about a motorcycle he purchased from them months earlier.

Todd Kohlhepp’s murder charge came to an ending. He pleaded guilty for all crimes of murder and kidnapping, was sentenced to life in prison, and received a permanent restraining order so he can never see his victims again.