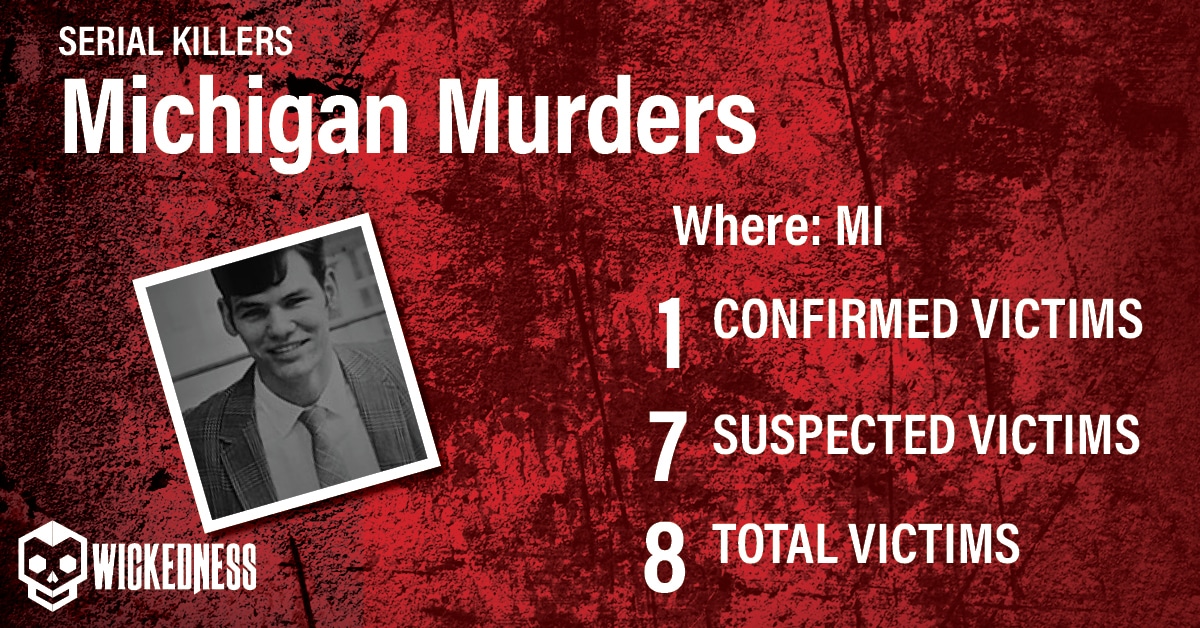 An infamous series of murders of young women took place in Michigan in the late 1960s, which were referred to as the Michigan Murders serial killer. The victims were mostly young girls under 21 who were murdered. Their bodies were sometimes mutilated after death and thrown away within a 15-mile radius.

Despite an extensive investigation, the killer was never caught and the murders remain unsolved to this day. However, there are some similarities between the Michigan Murders and other well-known murder cases, such as the Zodiac Killer case in California.

For example, both killers targeted young women and both used similar methods of abduction and murder. In addition, both cases remain unsolved despite extensive investigation.

One of her neighbors, who saw her talking to a man in a blue-grey Chevrolet, last saw her on July 9, 1967. Her body was found by two 15-year-old boys on an abandoned farm in Superior Township on August 7.

She had been stabbed approximately 30 times, her feet had been severed, and she had been beaten extensively. Although police theorized that she had been raped, the advanced state of decomposition of the corpse made it impossible to confirm.

Schell’s body was found by construction workers on a roadside in Ann Arbor. She had been raped and stabbed 25 times with a knife, with some of the wounds puncturing her lungs, liver, and carotid artery. In addition, her throat had been slashed and her miniskirt tied around her neck.

The pathologist concluded that her lower body had been stored in a cool environment, but the upper part of her body had been exposed to heat, leading to the advanced state of decomposition of her head, shoulders, and breasts.

Schell’s body was found without any blood nearby, and eyewitness testimony led investigators to believe that she had been killed less than 24 hours before her body was found. It is likely that her murderer drove to the location where her body was found to dispose of it, and made a basic effort to conceal the body with clumps of grass.

The similarities between the wounds on Schell’s body and those on Fleszar’s body led investigators to believe that the two murders were connected, and four detectives were assigned to work full-time on both cases.

When 23-year-old young woman Jane Louise Mixer Michigan law student disappeared in early 1969, her body was found shortly thereafter in a cemetery, fully clothed and with no signs of sexual assault.

An autopsy revealed that she had been shot twice in the head and then garroted with a nylon stocking, leading investigators to believe that she had been killed elsewhere and then moved to the cemetery. No suspects were ever named in the case and it remains unsolved.

Public unrest was growing more than for a decade in the spring of 1969 due to the increase in murders committed by the Michigan Murderer and the Co-Ed Killer.

This, coupled with the fact that most victims were connected to the University of Michigan or Eastern Michigan University students, led many female students to arm themselves with knives and adopt a buddy system.

Hitchhiking became less common as sales of tear gas, knives, and security locks increased. The reward for information leading to the arrest and conviction of the murderer was increased to $42,000.

The final murder attributed to the killer took place on July 23, 1969, when 18-year-old Karen Sue Beineman was killed. Beineman, a student at Eastern Michigan University, was last seen alive when she left her dorm room to go to a wig shop downtown.

Her body was found three days later in a wooded gully near the Huron River Parkway, naked and face down. According to a medical examination, she suffered extensive beatings, with some lacerations severe enough to cause skin removal.

Besides ingestion of the caustic substance, she was also burned with the same substance on the neck, shoulders, nipples, and breasts, after being forced to ingest it. The killer had also placed a piece of cloth in her throat to muffle her screams during the torture.

An investigation by Michigan state police detectives into Beineman’s disappearance led police to question the crime scene proprietor of the wig shop she had visited shortly before she vanished.

Diana Joan Goshe recalled that Beineman had come into her store to purchase a $20 headpiece in the early afternoon of July 23. She also remembered seeing a young man with short, dark hair parted to the side, wearing a horizontal striped sweater, waiting on a blue motorcycle outside the shop as Beineman made her purchase.

Beineman reportedly told Goshe to take note of the man she was leaving with, saying that she had made two foolish mistakes in her life: buying the wig, and getting on the motorcycle with a stranger.

Joan Goshe and her assistant; that he had taken her to the home of his uncle, where he had tortured and beaten the girl before strangling her to death at this location; and that he had then discarded her body, before attempting to persuade his roommate to provide him with a false alibi.

The jury selection process continued until July 9, at which point 14 members of the jury had been selected from Ann Arbor. Throughout the trial, the defense repeatedly motioned for the trial to be moved to a jurisdiction outside of Washtenaw County, but these motions were all rejected by Judge John Conlin.

Collins chose not to testify in his defense. In the end, the prosecution was only able to charge Collins with the murder of Karen Sue Beineman.