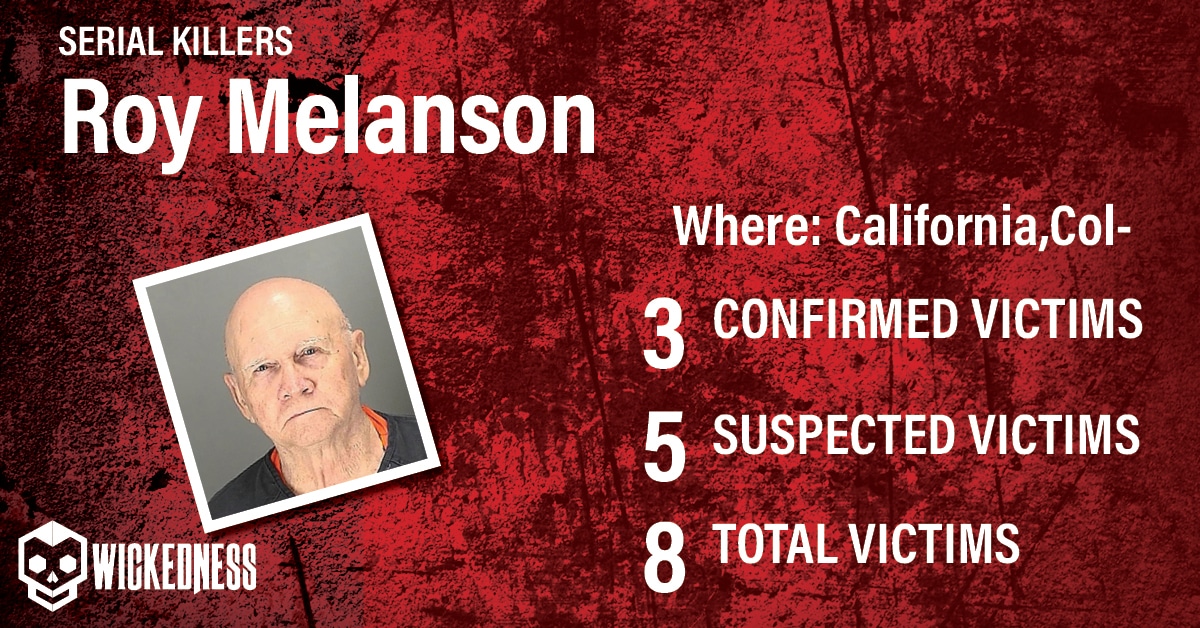 American serial killer and rapist Roy Allan Melanson was born on February 13, 1937, in Breaux Bridge, Louisiana. He was linked to three murders and numerous rapes across three states and remains the prime suspect in at least two other murders. Melanson received two life sentences for two murders in 1974, and died in May 2020 at the Colorado Territorial Correctional Facility, in Cañon City, Colorado.

Roy Melanson was a drifter and a smooth talker who committed crimes and spent more time behind bars. In one of his earliest offenses committed in Orange and Jefferson County, Texas, he was given 12 years in prison for rape, which he served half of before being extradited to Texas in 1975 for another sentence which led to a life sentence. But this was reduced as well, and he got out in March 1988, a few months before another victim’s body was found, as a continuation of Melanson’s crime spree. It is alleged that he killed an inmate while imprisoned in Texas.

51-year old Anita Andrews was last seen alive on the night of July 10, 1974, tending to the bar, which was close to closing hours. The body of Andrews was found the following morning by her sister, Muriel, after being raped, stabbed in a bloody frenzy thirteen times with a screwdriver, and her throat slit.

Her attacker may have used a cigarette as a cigarette butt was found in an ashtray after the murder indicating his presence, as well as leaving several clues behind – partial fingerprints at the rear staircase, fingerprints on a beer bottle, and an open cash register. It took decades for her case to be resolved, and only after the advancement of DNA evidence technology.

Roy Melanson arrived in Gunnison County, Colorado, presenting himself as an experienced sheepherder. Together with Charles Chuck Matthews, Melanson was hitchhiking back to the bar after their car had broken down. Michele Wallace was a freelance photographer and an experienced traveler returning from a hiking trip near Crested Butte in Colorado, when she picked up both men in her truck, dropping off Charles Matthews first, before continuing on the journey with Melanson.

Wallace was never seen alive again; Wallace’s disappearance became a cold case murder and remained as such until it was reexamined by one county sheriff in the 1990s. A short while later, Wallace’s remains were found alongside an abandoned road deep in the woods near some tall mountains. It could not be determined exactly how she had died.

Suspected victim of serial killer Roy J. Melanson, Pauline Klumpp was renting a home to Melanson in 1988. One day, Klumpp asked Melanson for help with her air conditioner and help her carry a TV. The two were seen together shortly thereafter, but Klumpp mysteriously vanished after that. Investigators believe that her killer most likely decapitated her and disposed of her head like garbage by tossing it in a grassy area nearby.

Roy Melanson was in a small town near Baton Rouge, Louisiana a month later. One day he overheard a young woman named Charlotte Sauerwin at the laundromat who had been waiting for her fiancé to buy land on which they could start a family home.

As a smooth-talking man, Roy Melanson pretended to be a land developer with more than reasonable offers for not much money. When other people left the laundromat, he viciously raped and tortured 24-year-old Charlotte Sauerwin before eventually strangling and cutting her throat. He dragged the woman’s body and dumped it near the couple’s shed.

How Was Roy Melanson Caught

In January 1992, Michelle Wallace’s remains were found in Colorado. It was discovered that Roy Melanson was in possession of her car and other items, including the camera that showed him posing with a yet-unidentified teenager.

Roy Melanson was arrested in January 1992, convicted, and sentenced to life in prison for the murder of Michelle Wallace. Her car was found in his possession.

Roy Melanson wasn’t convicted for the murder of Andrews or Sauerwin until 2000 when it was made mandatory by a federal law that all inmates submit their DNA to a national database. It was only a matter of time before the police were able to obtain the additional evidence and connect Melanson to his other crimes

In 2011, he was given a life sentence again for the first-degree murder of Andrews. Roy Melanson contended that his rights to a fair trial were violated because the court denied his pretrial defense motion to exclude the evidence that was based on witness testimony.

David Luce, one of the witnesses in Andrews’s murder, identified Melanson in a 2010 photographic lineup as the man who was in the bar when Anita Andrews was murdered in 1974.

Also, Melanson claimed that the uncharged rape evidence was only confusing the jury, affecting how they would perceive them. However, his claims were rejected, and he died in prison in May 2020.