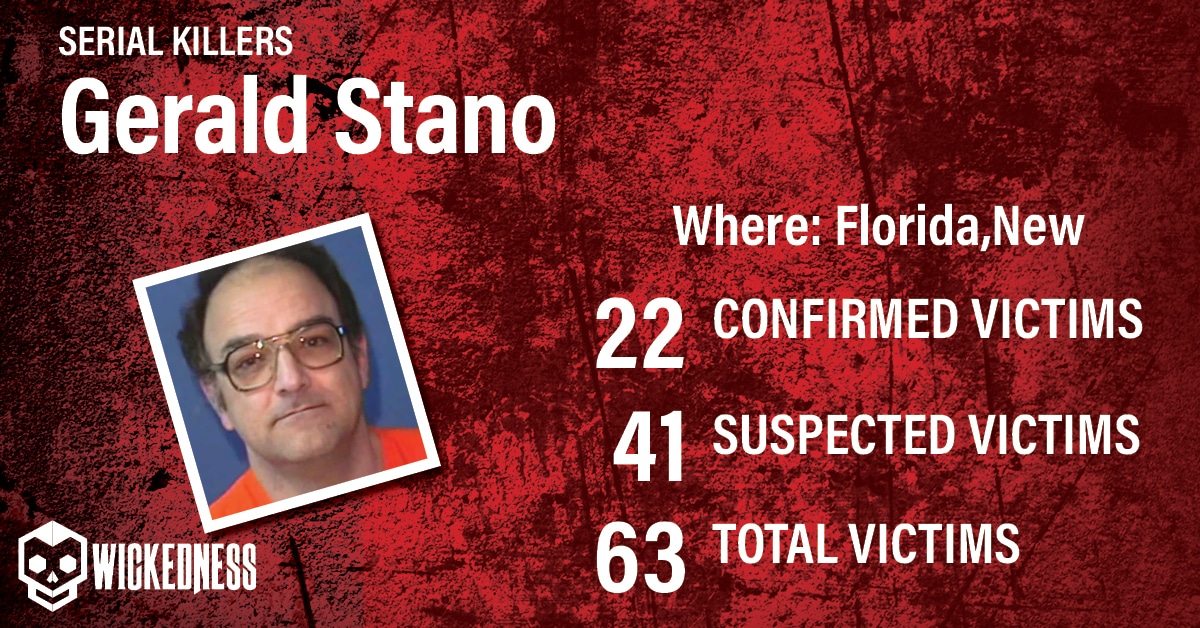 Gerald Eugene Stano was born Paul Zeininger in Schenectady, New York on September 12, 1951. He was a serial killer known for targeting women, committing at least 22 murders between 1969-1980, and confessed to killing 41.

Gerald Eugene Stano, a.k.a. Paul Zeininger was given up for adoption at six months old by his biological mother. She neglected him to such an extent that county doctors declared Zeininger was not fit for adoption by anyone. He was described as functioning at an “animalistic level,” even eating his feces to survive. Paul had four biological siblings who were given up for adoption before he arrived at the county hospital. A nurse named Norma Stano adopted Paul and she changed his given name from Paul Zeininger to Gerald Eugene Stano — giving him her last name instead.

Despite being fostered by loving parents, Stano had a lot of trouble staying out of trouble. He was bullied and did not graduate high school until he was 21. After receiving his diploma, he enrolled in a computer school – graduated, and began working as a hospital technician in Cocoa Beach, Florida. He soon got fired after being caught stealing from co-workers. After moving with his parents to Ormond Beach, Florida, he continued having difficulties retaining jobs. He has fired again after not meeting expectations at various jobs due to theft or tardiness

Reportedly, Gerald Stano admitted that he had been killing since the 1970s but some suggest that he may have started murdering in the late 1960s around the age of 18. Several women were vanishing at the time in an area where Stano lived but 20 years later he was never charged because insufficient evidence was found after these claims were investigated. He was arrested after one victim accused him of slicing her.

Stano admitted to killing his first victim in 1969 in New Jersey.

He also admitted to killing six other women in Pennsylvania just before relocating to Florida.

Stano is believed to have killed over 30 women during the time he lived in Florida. Stano killed most women who were in vulnerable situations such as prostitutes, hitchhikers, and runaways. Two of his victims were Caucasian and most of his known victims were between the ages of 16 and 25.

He also confessed to killing a young woman in 1978 or 1979, claiming she was a prostitute. Her remains were located in Daytona Beach on August 1, 1980. The confession was confirmed by his memory of her clothing.

Allegedly killing a total of 41 women

Gerald Stano was in prison for allegedly killing 41 women by the time he turned 29. Each victim was murdered in a different gruesome way, such as with gunshots, strangulation, or stabbing, but none of them were ever raped before their death. He was also housed with Ted Bundy, a fellow serial killer who was executed in 1989.

Serial killer Gerald Stano was convicted of nine murders and ended up receiving eight life sentences, with one death sentence. He was executed by electric chair carried out on March 23, 1998, in Florida State Prison.