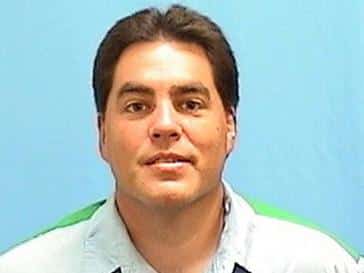 Paul Frederick Runge was born on January 28, 1970, in Zion, Illinois. In 1996 and 1997, he committed sexual assault and murders of six women and one girl in Illinois’ Cook and DuPage counties. He was initially sentenced to death, but Governor Pat Quinn commuted his sentence in 2011 when the death penalty was abolished in the state.

Since childhood, Paul Runge suffered from sexual sadism. However, his mother’s death when he was 17 years old had the most devastating effect on him. Later that year was handed a 14-year prison sentence for kidnapping, raping, and beating up a girl in Oak Forest He turned himself to the police after the incident. He was paroled in May 1994 and later married Charlene, got a job as a shoe salesman and later a truck driver; and resettled in three different cities before being rearrested in May 1997 for violating the conditions of his parole.

Paul Runge was responsible for the January 1995 murder of Stacey Frobel. Her body was found in south-western Wisconsin and Illinois after a German Shepherd dog had brought its owner one of her severed legs, both of which were found five days apart in fields near the border with southern Wisconsin. DNA tests concluded that it was indeed the 25-year-old Stacy Frobel, who had last been seen entering Paul Runge’s house, where he struck her with a dumbbell on the spot, killing Frobel instantly and ultimately dismembered her body in an attempt to dispose of all evidence.

Six months after allegedly killing Stacy Frobel, Paul Runge is said to have killed two Hanover Park women: 22-year-old Dzeneta and her 20-year-old sister, Amela Pasanbegovic. The two recently immigrated from Bosnia and were offered housekeeping jobs by Runge who, police say, lured the women to his home under pretenses before murdering them. Their dismembered remains were discarded in trash bins.

Paul Runge was responsible for the death of Dorota Dziubak, 30, who he raped and strangled killed after he responded to the woman’s ad of selling her home. Her charred remains were eventually located by firefighters extinguishing the fire in her house which seemed like an attempt by Paul to cover up evidence from his crime.

Paul Runge was also was responsible for the rape and murder of 10-year-old Jessica Muniz and her 45-year-old mother Yolanda Gutierrez on February 3, 1997. He raped his victims before he brutally murdered them. He entered the apartment in response to a for-sale sign for some sports equipment. What’s even worse is that he cut their throats and set their home on fire to cover up evidence of what he’d done.

In March 1997, a 43-year old woman from Chicago named Kazimiera Paruch was murdered by Paul Runge after she advertised her condominium for sale. She had also been raped and strangled before her murderer set fire to the property.

Paul Runge was arrested again in May of 1997. He violated the conditions placed upon him from his parole and was caught with weapons in his house. It wasn’t long after that his DNA collected at the previous crime scene matched him to the murder of Yolanda Gutierrez and Jessica Muniz. He confessed to five more murders, three of them involving dismemberment. He also confessed to killing a prostitute.

In January 2006, Paul Runge was convicted in the murders of Yolanda Gutierrez and Jessica Muniz and was sentenced to death. However, Governor Pat Quinn abolished capital punishment in 2011, and Runge’s sentence was commuted to life imprisonment without parole. In August, the DuPage County State’s Attorney decided to drop charges concerning Dzeneta and Amela Pasanbegovic cases because it would be a waste of time. After all, Runge had already received the highest punishment available in the state.