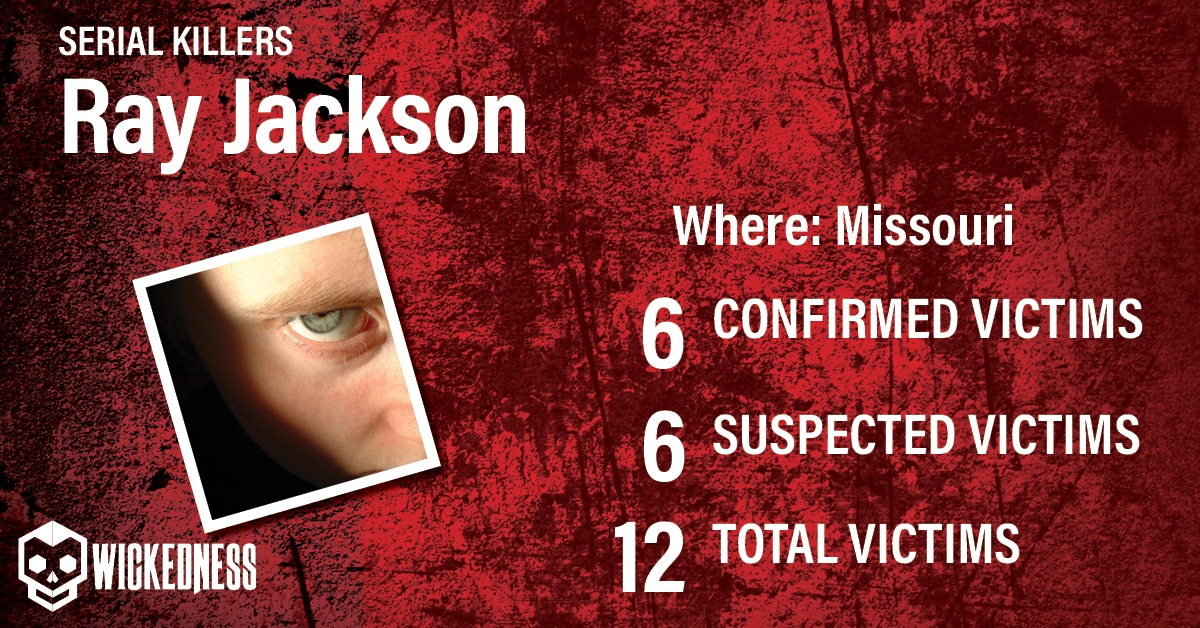 Ray Shawn Jackson a.k.a Gilham Park Strangler was born on August 28, 1967, in Kansas City, Missouri. He was charged with killing six of seven women between September 1989 and April 1990 by way of strangulation. The strangling of the seventh woman was interrupted by a passer-by walking his dog. The Police Chief stated that each one of the slain women met their demise through entrapment fueled by the promise of obtaining crack cocaine.

Ray Shawn Jackson was born the only son of his parents. At the age of seven, he and his family moved to Kansas City, where they were raised in a very impoverished area. He began working as a semi-skilled laborer in his late teens.

In just seven months, from September 1989 and April 1990, citizens of Kansas City, Missouri experienced a gruesome series of murders. Six women were found dead near Gillham Park. They were women who worked as prostitutes and they were in their 20s and 30s.

In April 1990, a passer-by walking his dog spotted a woman being raped in Gillham Park and immediately intervened forcing the perpetrator to flee. The victim regained consciousness and was able to describe her assailant. Police had the idea about the attacker’s geographic pattern, as he either lived near the park or had connections there. After questioning people who lived and worked near the park, they learned that a man named Ray Shawn Jackson might have been involved. Police took Jackson in for questioning. After interrogation, he confessed and described how he ultimately became involved in multiple murders in the park.

Serial killer Ray Shawn Jackson would approach women on the streets asking if they wanted to smoke crack cocaine. If they agreed, he would lure them toward a secluded spot in or near Gillham Park and then attack by quick-choking them from behind until they were unconscious. Afterward, he would awaken them, strip their clothes off, rape them, strangle them again and leave their bodies lying in provocative poses around the crime scene.

The case of the surviving victim that Ray Shawn Jackson attempted to murder was different. Before the incident, Jackson had already been following her and evincing interest in her when she turned him down. Later that night he attacked her and dragged her into some bushes, where she said he tried to choke her before the passerby walking his dog intervened.

Ray Shawn Jackson, in a desperate bid to escape the death penalty, pleaded guilty to six counts of first-degree murder and one count of first-degree assault against the lone survivor of his strangling rampage. He was sentenced to life imprisonment with no possibility of parole. Jackson is currently incarcerated at South Central Correctional Center