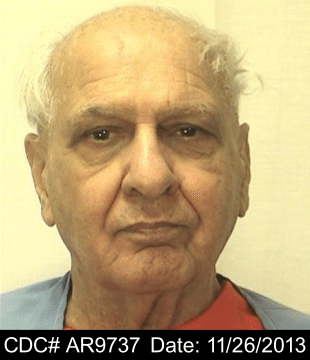 Joseph Naso born January 7, 1934, in Rochester, New York is an American serial killer and serial rapist sentenced to death for the murder of eight women.

Joseph Naso married his first wife Judith after serving in the U.S. Air Force in the 50s, but after their divorce 18 years later, Naso still kept up with his ex-wife and visited regularly. The couple had a son named Charles who later developed schizophrenia, for which Naso cared greatly in his later years of life.

Joseph Naso took classes in various San Francisco colleges in the 1970s and then began living in the Mission District of San Francisco soon afterward. In the following decade, he moved to Piedmont, California where he stayed for a few years. He later settled in Sacramento between 1999 and 2003 before moving to Reno, Nevada in 2004 which is where he was arrested in 2011. He has worked as a freelance photographer, but had a long history of petty crimes such as shoplifting during his early-on teenage years; he even kept up these behaviors into his mid-seventies with his fascinated friends dubbing him “Crazy Joe” for his antics.

On January 10, 1977, police received a phone call from an individual claiming to have witnessed something frightening. They took the tip seriously and wasted no time driving over to the scene of the crime where they located a body, albeit quickly buried, there in the brush. The petite, freckled redhead had been bound and strangled with pantyhose. The victim was 18-year-old Roxene Roggasch was dumped near Fairfax, Calif.

On August 13, 1978, the next lifeless body of a young woman was found. Carmen Colon belonged to a young age of only 22. She was found in Port Costa, 30 miles away from Berkeley.

It wasn’t until 15 years after Pamela Parsons, 38, was found dead that the killing was connected to Joseph. She was a waitress and worked close to where Naso lived in Yuba County.

Another woman, Tracy Tafoya, was found dead a year later in Yuba County in 1987. She had been raped and thrown into a cemetery. ABC News 10 reported that Naso lived on Cooper Avenue at the time of these murders in Yuba City.

In all cases, Joseph Naso’s victims were found strangled and dumped naked in rural areas. Often they were reported to have been either having problems with drugs and alcohol or to have been prostitutes.

During his arrest in April 2010, Nevada authorities discovered a handwritten diary relating to ten unnamed women when they searched his home. He had listed the women with geographical locations. On April 11, 2011, Joseph Naso was arraigned for the murders of Roggasch, Colon, Parsons, and Tafoya. Police listed the four as prostitutes. The other six women mentioned in the diary were not identified but are assumed to have met a similar fate as the others.

On August 20, 2013, prosecutors introduced evidence that revealed the identity of Patton and Dylan. Joseph Naso was convicted for their murders on November 22, 2013, by a Marin County jury, who then decided by law to sentence him to death because of the severity of his crime.

Joseph Naso is also wanted in connection with the Alphabet murders which took place in Rochester, 1971–73. Four of his victims had double initials just like the victims of that case and he once lived there for a long time before moving to California. However, DNA found on Californian victims did not match the DNA found on a Rochester victim’s body so he wasn’t linked to those killings after all.