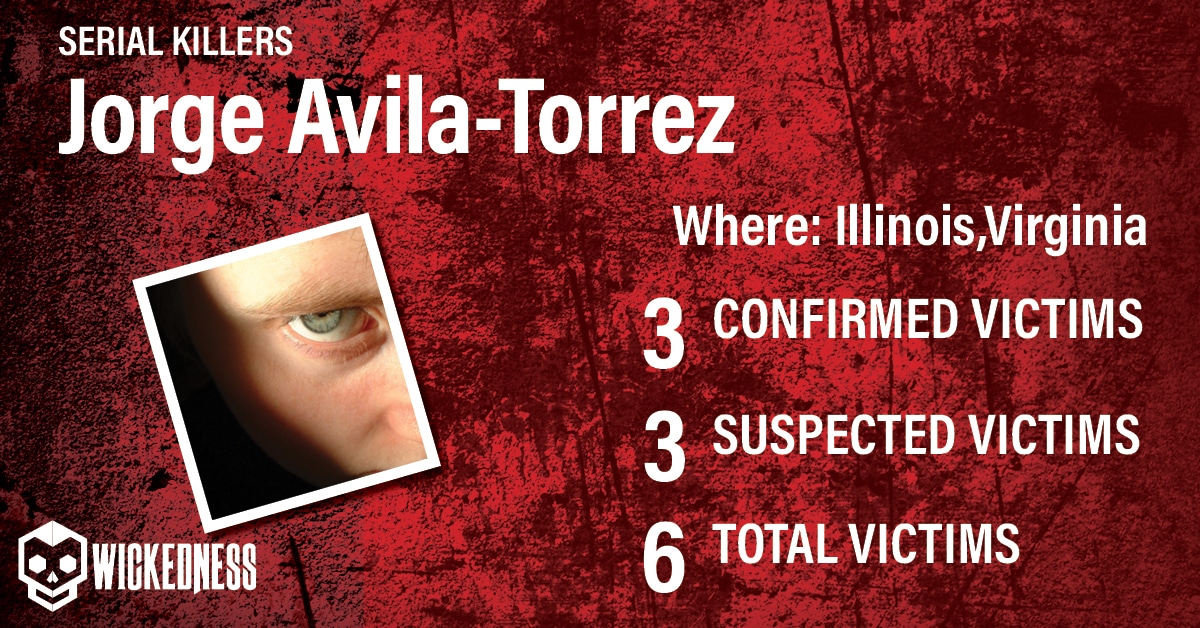 Jorge Avila-Torrez is an American serial killer and rapist who is known for murdering two girls in Zion, Illinois. After DNA evidence connected him to the crime, he was ultimately found guilty. He was found guilty of double homicide as well as murder at Joint Base Myer-Henderson Hall. Jorge Avila-Torrez, a former Marine, is a convicted rapist and murderer.

He was arrested in 2010 for the rape and attempted murder of two women in Arlington, Virginia. However, police were able to link him to several other unsolved crimes using DNA evidence.

Jorge Avila-Torrez was born in Zion, Illinois on August 18, 1988. He was the youngest of three children. His mother was a stay-at-home mom and his father worked as a mechanic. Jorge was a quiet child who did well in school. When he was 11 years old, his family moved to Elgin, Illinois.

Jorge continued to do well in school and also became involved in sports. In high school, he was a member of the wrestling team. After graduating from high school, Jorge attended community college for a year before enlisting in the US Marines.

After returning home from the Marines, Jorge began working as a security guard at a local hospital. It was during this time that he began committing crimes. In 2011, he has arrested zion police department for rape and sexual assault. He pled guilty to both charges and was sentenced to 10 years in prison county jail. He was eventually caught and is now in jail awaiting trial. If convicted, he faces the death penalty.

Eight-year-old Laura Hobbs and nine-year-old Krystal Tobias rode their bicycles outside to play together on Mother’s Day in May 2005. Unfortunately, they didn’t show up before dark. All night long, their relatives, the police, and volunteers looked for the girls without success. Jerry Hobbs, laura Hobb’s father, discovered their dead in Beulah Park Forest Reserve the next day. The faces and necks of both females had been stabbed 31 times. They were also sexually assaulted.

Authorities focused on Jerry Hobbs almost after learning of the discovery since he was an ex-convict who had only just relocated to the city from Texas. He was detained for knife possession, and after a protracted questioning, he confessed to the killings. He was detained in a Lake County jail for the next five years as he awaited trial. Semen samples from Laura’s body, however, did not match Jerry, according to findings made in 2008 by his defense team and a private laboratory.

Jorge Avila-Torrez, a 16-year-old who lived in the area and knew the girls, was involved in the killings. The older half-brother of Krystal was a buddy of his.

In the vicinity of the barracks, Jorge Avila-Torrez murdered Amanda Snell in 2009. To avoid being discovered, he did this immediately after the double murder he committed. At Joint Base Myer-Henderson Hall in Arlington County, Virginia, Marine Avila-Torrez was stationed. Navy Petty Officer 2nd Class and naval military intelligence expert Amanda Snell was 20 years old.

Jorge Avila-Torrez, an illegal immigrant from El Salvador, was arrested and charged with raping a woman in Arlington, Virginia. The victim had just gotten off of work and was walking to her car when Avila-Torrez allegedly attacked her from behind, knocked her to the ground, and raped her.

Avila-Torrez had been previously arrested and deported in 2010, but he illegally reentered the United States sometime afterward. He has also been charged with attacking two other women in the Arlington area, though those charges have not yet been proven.

Jorge Avila-Torrez was taken into custody and placed in the same residence as Osama El-Atari, who had consented to wear a wire in return for a lighter sentence. El-Atari questioned Avila-Torrez about his feelings of regret during a conversation that was taped. In response, Avila-Torrez said he didn’t and admitted guilt to three killings. In addition to receiving five life terms and 168 years in jail for his further offenses, Avila-Torrez received a death sentence for one murder. He was the first federal death penalty recipient since 2007.

Jorge Avila-Torrez was initially housed in the Red Onion State Prison before being transported to Lake County and kept there. After being successfully sued by several law enforcement agencies in Lake County and having his official innocence established by that point, Jerry Hobbs was once more imprisoned in Archer City, Texas after a police pursuit for several minor offenses, and was sentenced to several years in prison in 2016.

For the murder of the two girls, Avila-Torrez was tried once more in that same year. El-testimony Atari’s should be disregarded because he was discovered dead in Maryland that February after an unrelated robbery, said El-defense Atari’s attorney Jed Stone to reject the DNA evidence as “substandard and weak.” Stone said that Jorge’s violence was a contributing factor to his murderous inclinations.

After discussions with the prosecutors and Stone, he convinced his client to enter a guilty plea in return for a sentence of 100 years in jail and transfer out of Red Onion State Prison, which he referred to as “an ugly, racist place.”

Justice Daniel Shanes, who presided over the punishment, informed Avila-Torrez that he was a serial killer and that, even if he had a shred of decency, it was unachievable because it was so far out of his grasp. Jorge Avila-Torrez is now incarcerated in USP Terre Haute and ready to be executed.

Jorge Avila-Torrez will shortly be sent to Lake County, Illinois, where he pleaded guilty to the 2005 murders of Laura and Krystal. He received a 100-year jail term as part of a plea agreement, in addition to the death punishment for the murder of Snell and five life sentences for the assaults on the Arlington women.

Torrez has been labeled a “serial murderer” and a person lacking the divine spark of kindness by Judge Daniel Shanes. Torrez will be moved from the Red Onion State Prison in southwest Virginia to a federal prison where he will await execution as part of the plea agreement. Fourth Circuit affirmed his federal conviction and death sentence.

The United States Court of Appeals for the Fourth Circuit affirmed his conviction and death sentence on July 18, 2019. On September 10, 2020, the Supreme Court of the United States denied certiorari. Jorge Avila-Torrez is currently awaiting execution on federal death row at USP Terre Haute in Terre Haute, Indiana.