The super-intelligent serial killer stereotype is ingrained in the imagination of most people and it’s not without merit. It’s true that many serial killers are above genius level and you can call them evil geniuses. However, this isn’t true for all serial killers.

The best way to assess human intelligence is to perform the IQ test and the average normal human being has an IQ of about 85 to 115. On the other hand, the Serial Killer Information Center reports that serial killers have an average IQ level of 94 -95. 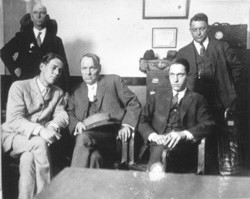 Currently, the serial killer with the highest IQ is Nathan Leopold. However, his case isn’t extraordinary as he along with his friend, Richard Loeb, got arrested. They kidnapped a boy in 1924 in Chicago for ransom. However, they accidentally killed him and dumped his body.

At that time, they didn’t want any financial gain and just tried to get away with it. However, the police arrested both the killers shortly. 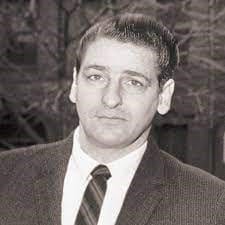 Albert DeSalvo was arrested for committing one crime but he confessed many more and no one believed him. He was born in Massachusetts in 1931 and grew up committing crimes and violence. When he was arrested, he said that he had raped multiple women and committed hundreds of house robberies. Many believe that the real genius behind his crimes was Nassar. 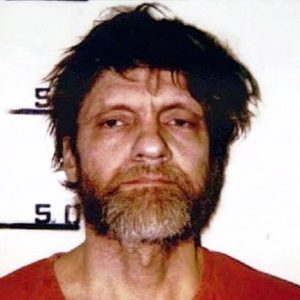 Ted Kaczynski was basically a domestic terrorist and also a serial killer. He killed multiple people and had fierce intelligence.

Before Ted Kaczynski started his criminal life, he was a mathematics professor and scored IQ higher than Albert Einstein. 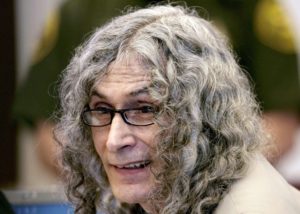 No one knows for sure how many people this monster, with a high IQ, killed. Reports suggest that Rodney Alcala killed about 130 people but he was convicted of 5 murders. Not only was he a serial killer but he was also a convicted rapist. In 1978 he appeared in The Dating Game and he also won a date. Before coming to the Dating Game, he raped an 8 years old girl and then became a serial killer after the show. 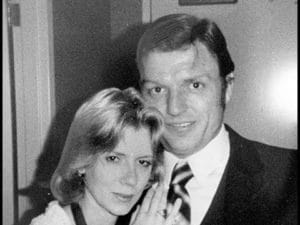 Charlene Gallego and Gerald Gallego are the two monsters behind the “Sex Slave Murders”. They seemed lovely and nice people but they used to kidnap, rape, torture, and kill people. They murdered 10 young women and the mastermind behind the duo was Charlene Gallego. She is also known as the Gallego Sex Slaves Killer and the Love Slave Killer. 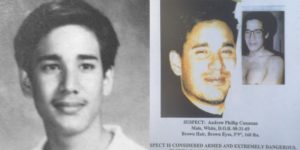 Before the TV series called “American Crime Story ”, Andrew Cunanan was an unknown character. But the show made him famous, thanks to the second series of the show called the “Assassination of Giovanni Versace”. 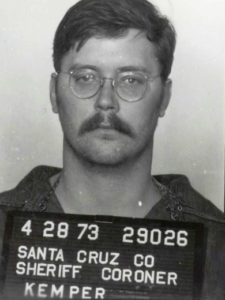 Edmund Kemper is also known as the Co-Ed Killer or Co-Ed butcher. He got these names after killing and dismembering 7 teenage girls. He was given the death penalty for the crimes he committed. However, at that time, capital punishment was suspended temporarily in California and he was sent to the California Medical Facility.

Edmund Kemper was an intelligent serial killer with a strong and bog body. He was a model prisoner with friendly and polite manners. He killed his own mother, both his grandparents and 7 other women in diabolical ways. 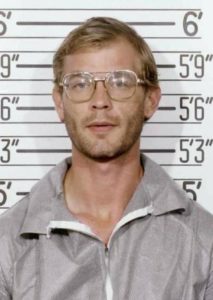 Jeffrey Dahmer was extremely intelligent and one of the most notorious serial killers of all time. he was just 18 years old when he committed his very first murder. He then waited just to start his serial killing 9 years later and killed 17 men.

Jeffrey Dahmer is also known as “Milwaukee Cannibal” and is considered to be one of the most horrifying and infamous serial killers in American history. 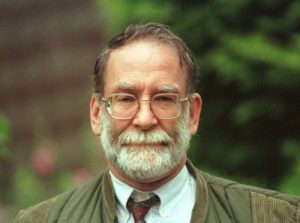 It’s not possible to become a certified doctor if you’re not smart. However, Dr. Harold Shipman also became one of the most prolific serial killers. He committed numerous murders and was convicted of 15. He scored 140 on the IQ test and some people believe that he was involved in the killing of about 250 people. 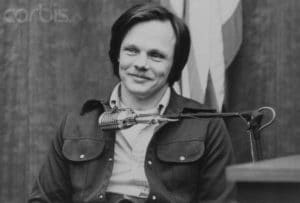 In 1979 Lawrence Bittaker, along with his friend Roy, raped and killed multiple young girls. Lawrence Bittaker was found guilty of 5 murders and sentenced to death. He scored 138 on the IQ test and is known as one of the most intelligent serial killers in recorded history. 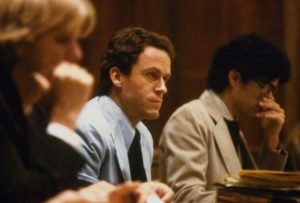 Ted Bundy is yet another genius serial killer who was clever, handsome, and charming as well. However, he was also a murderer and vicious rapist who killed 20 people. Ted Bundy was sentenced to the death penalty and executed in 1989. 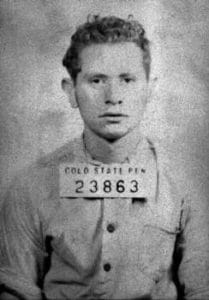 Harvey Glatman was an American serial killer who was born in 1927. He was a famous personality in the media as the Glamor Girl Slayer and Lonely-Hearts Killer and had above-average intelligence. He used to manipulate his victims by posing as a professional photographer and making promises of a modeling career. 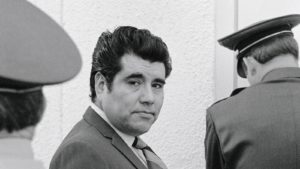 Juan Vallejo Corona, also known as the “Machete Murderer” murdered 25 people in the United States. All of his victims were immigrants and he used to dump their bodies in fruit fields. He was manipulative and highly intelligent with an IQ score of 130. He received 25 life sentences for killing 25 people and died in prison in 2019. 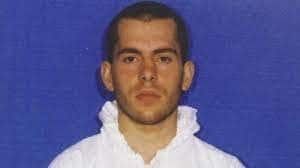 David Copeland, also known as the “London Nail Bomber” is a British Neo-Nazi militant. In 1999, he ran a 13-day bombing campaign that killed 3 people. In 2000, he was convicted of murder and sentenced to 3 life sentences. Later on, the High Court ordered that he must serve at least 50 years in prison. 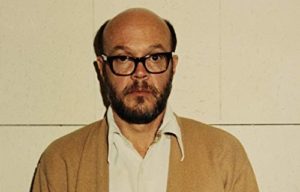 David Carpenter is an American serial killer who was born in 1930. He used to stalk and murder young females by abducting them from hiking trails and that’s why he is also known as the “Trailside Killer. He had killed at least 10 people before he was apprehended in 1981. He scored 125 on the IQ test. 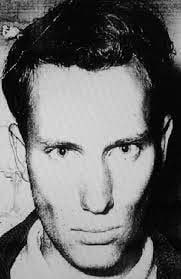 Derek Ernest Percy was a monstrous serial killer who used to kill children. He was convicted of only one murder and sent to prison for killing Yvonne Elizabeth Tuohy. He was declared not guilty because it was proved that he was not sane. However, he wasn’t released and died in prison in 2013. 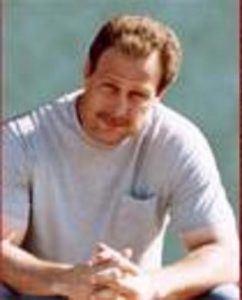 Patrick McCullough was a dangerously angry kid. Initially, psychologists misdiagnosed him as hyperactive and mentally handicapped, and he was given meds he should never have gotten.

Later on, he was diagnosed with deafness that hampered his language development and led to his outbursts. It’s no wonder that he ended himself in a mental hospital.

McCullough was later imprisoned for two killings. He also attacked many other people and stalked two ex-girlfriends because he couldn’t stand rejection. When a woman attempted to end her relationship with Patrick, he shot her to death before taking his own life. Although he was a bit insane, he had an IQ of 120. 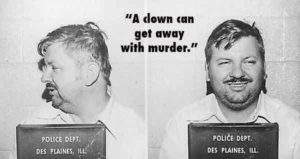 John Wayne Gacy was an American serial killer and he is also known as the Killer Clown. From 1972 to 1978 he sexually assaulted and killed at least 30 young men and boys in Illinois. John Wayne Gacy committed all of his known killings at his home.

His victims were often coerced or duped into coming to this home, and all, but one, were slain by strangling or asphyxiation. He buried most of his victims in his home’s crawl area.

3 more victims were buried on his property, and he dumped the corpses of his last 4 known victims in the Des Plaines River. He was convicted of 33 murders and then sentenced to death in 1980. 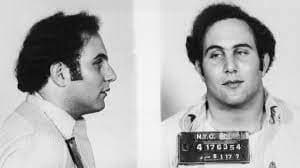 David Richard Berkowitz, commonly known as the Son of Sam and the .44 caliber Murderer, is an American serial killer who was convicted of shooting assaults with a .44 caliber Bulldog revolver that began in New York City in the summer of 1976. By July 1977, he had killed six people and injured seven more.

As the number of victims grew, Berkowitz escaped a large police pursuit by leaving notes that ridiculed the cops and promised more atrocities, which were widely published in the news. He became well-known around the world. David Berkowitz’s IQ was determined to be 118.

Despite the fact that he is the only person who was charged with a series of shootings, several law enforcement officials have questioned whether Berkowitz’s accusations are genuine. A fresh investigation into the killings began in 1996, however it was put on hold indefinitely due to inconclusive results. 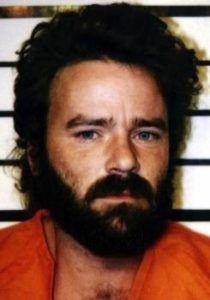 Tommy Lyn Sells was an average serial killer who was also a violent burglar. He is also known as the “Coast-to-Coast Killer”. He was found to have the average IQ level after he was apprehended. 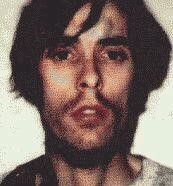 The Vampire of Sacramento’s IQ was considered average, despite the fact that his actions were anything but. Chase’s criminal record is literally out of this world. He is a rapist, serial murderer, necrophile, and cannibal.

Prior to his deadly activities, he was an ordinary student who graduated from high school with average marks and no disciplinary issues. 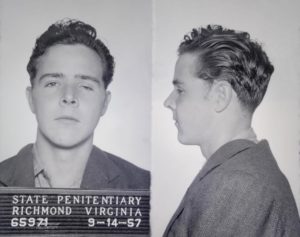 Henry Lee Lucas had ADHD and dyslexia but he still scored very low on IQ tests. However, his killing methods are equally terrifying and similar to some of the most intelligent serial killers. He killed more than 10 people and was convicted of three. He was first sentenced to death but then it was changed to the life sentence back in 1998. 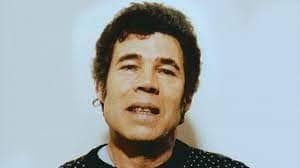 Fred West was expelled from school because of poor performance and he worked as a laborer for most of his life. He had such little mental ability that Gloucestershire Police assigned him an appropriate adult during his interviews.

His low IQ might explain how readily he was controlled by his wife Rose, who is popularly thought to be the main culprit behind the married couple’s terrible activities. 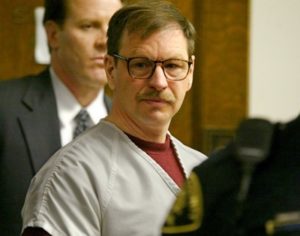 Gary Ridgway is also known as the Green River Killer. Despite his low IQ, he killed 50 to 70 females from 1982 to 2001. He shook the state of Washington for about 2 decades. Gary Ridgway was just a simple factory worker but he knew how to evade police. 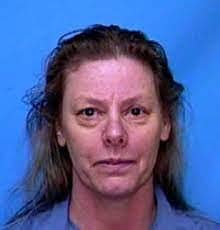 Aileen Wuornos, the most infamous female serial murderer in American history, has a low intellect score, but the truth may be different. Wuornos is said to have despised the concept of being tested and purposefully failed to finish it to the best of her ability.

She suffered from an abandonment complex. And it was her desperation that pushed her to transform from a minor crook to a serial killer. 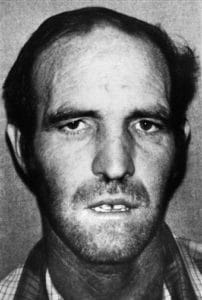 Ottis Toole was the killing partner of Henry Lee Lucas and both of them had lower IQ levels than average. It is even believed that Ottis Toole was mentally handicapped. Both of them were disorganized serial killers as their cases show that they never planned in advance. 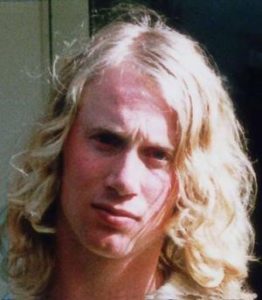 Martyn Bryant was an Australian serial killer with an IQ of just 66 and killed 35 individuals in 1996 in the Port Arthur massacre. He was convicted of one of the deadliest shooting sprees in the world.

It is not necessary to have a high IQ level in order to kill people. What makes it difficult to catch even the serial killers with low IQ levels is that they usually kill people with whom they are not related or linked in any way.