A serial killer is considered a person who murders 3 or more people, typically in the service of abnormal psychological gratification with a certain amount of time between each murder. One must wonder, are serial killers childhood the reason for their behavior?

And while most authorities place a threshold of 3 murders, others lessen it to 2 or extend it to 4 in these cases. Moreover, some serial killings include sexual contact with the victim. However, the FBI claims that the motives of the killings can also include profit, thrill-seeking, anger, or attention-seeking.

The murders can be attempted or done similarly and the victims can have something in common such as the same appearance, demographic profile, race, or gender which helps the FBI recognize the pattern of a serial killer. And based on that pattern, they will try to identify the person and their motives.

Although serial killers aren’t the same as mass murderers, spree killers, or contract killers, in some cases, there can be overlaps between these categories. Today, I will try to determine what makes a serial killer. Does a traumatic and violent upbringing create a serial killer? Are serial killers born? Or made?

In this article, I will discuss childhood trauma in serial killers and establish a connection (if any) between a violent upbringing and becoming a serial killer. That being said, let’s take a look! 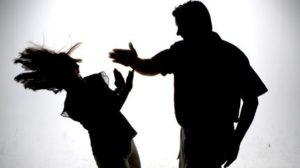 At different stages of life, people encounter different situations that can have a profound effect on their behavior and disrupt the emotional field as well as interpersonal relationships. And how people respond to events such as psychological trauma depends on their personality.

In some cases, a traumatic or abusive upbringing shapes a person. The “psychological trauma” term was first introduced in the 19th century. The Diagnostic and Statistical Manual of Mental Problems describes trauma as a personal experience of something that includes real or threatening death or serious injury, witnessing a traumatic event, threat to someone’s physical integrity, and learning about injury by a family member or someone close.

The memories associated with trauma aren’t easy to forget. On the contrary, they’re usually explicit and formed in early childhood (between the age of 0 and 6). Kids can experience emotional, sexual, physical, and psychological abuse as well as neglect (the parents don’t provide care).

Neglect includes dirty clothes, lack of necessary education and medical intervention as well as food. And when parents neglect their kids, they actually put them in environments where they can be subjected to other types of violence such as physical abuse. Physical abuse includes the force used to harm kids. Examples of this type of abuse include slapping, punching, throwing, shaking, poisoning, hanging, drowning, forbidding sleeping, food, and medication. Psychological and emotional abuse isn’t visible. But it still has a deep effect. These types of abuse include damaging self-esteem, making the child feel unloved, etc.

Emotional and psychological abuse can be both non-verbal and verbal, accompanied by physical activity. Examples include convincing a child that they’re a bad person, restricted physical contact as well as love, screaming, threatening, silencing, ridiculing, etc. There’s also sexual abuse by a family member, etc.

Involving a child in sexual acts is sexual abuse. Other forms of sexual abuse include sharing 18+ jokes or stories, watching 18+ movies in the presence of kids, encouraging sexual relations, etc. So, the answer is that yes, some kids who experience violence at a young age tend to continue the cycle of violence. However, not every child who was a victim of violence becomes a serial killer. And not every serial killer has had a traumatic childhood. Therefore, no one can say for sure that childhood trauma creates serial killers. 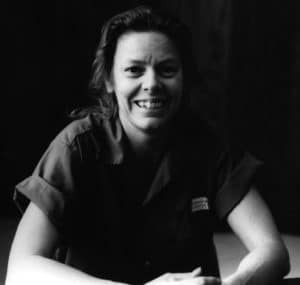 Are serial killers a product of nature including genetics or nurture including environmental factors? Peter Vronsky has tried to explain why some people become killers and others don’t in his book “Sons of Cain: A History of Serial Killers from Stone Age to the Present”.

The book examines how people’s understanding of serial killers before modern psychology has changed over time and provides possible answers to the question: what makes a serial killer? As I already stated, most serial killers have experienced early childhood trauma of some type.

For instance, some serial killers have experienced sexual or physical abuse, emotionally distant or absent parents, or family dysfunction. And if you take a look at the biographies of serial killers, you will notice a single recurring theme – trauma which causes suppression of any emotional response.

Therefore, they never learn the right answers to trauma. They also never develop other emotions, which is why they don’t have any compassion for other people and find it difficult to empathize with others.

Studies show that specific genes can set up people for violence, but most serial killers survive separation from their mothers or trauma which leads scientists to believe that they learned to keep the empathy or damage away from the areas of the brain that manages emotional impulses.

People who have studied serial killers think that they’re often loners who fear relationships, destruction and control freaks, and so on. They also think that some serial killers get partly motivated by the fame or attention that mass media can provide for serial killers. 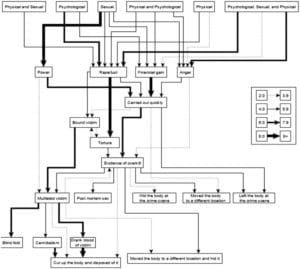 I’ve already touched on the different types of childhood abuse above. However, I would like to get to the core of each type of abuse and explain how it’s possibly associated with the characteristics of some serial killers who have experienced childhood abuse.

Keep in mind that although scientists associate certain traits with serial killers, not all serial killers display the following characteristics. That being said, let’s discuss different types of childhood abuse and possible traits that might play a part in the making of killers.

The most common type of childhood abuse that many serial killers have suffered is neglect or emotional abuse (most have experienced both types of abuse according to studies).

So, any discipline that serial killers have received as kids was unpredictable, unreasonable, and arbitrary, often involving the child being degraded and humiliated. Emotional neglect prevents the child’s ability to develop empathy and lack of empathy is one of the traits of psychopathy.

Furthermore, when kids lack control in their life and experience severe abuse, they will usually escape into a world of fantasy. And the fantasies often include the themes of violence and control.

If you dive deep into the world of serial killers, you will notice that many of them have had one or more head injuries as kids. Also, particular damage to the temporal lobes, limbic brain, hypothalamus, and prefrontal cortex can contribute to the development of violent behavior.

This type of behavior often develops at a young age, and the person can, for instance, have begun their “serial killing career” like a sex offender or “peeping tom”.

I’m not trying to be sexist. It’s just something to think about. Why are there more male killers? Maybe females are better at hiding their crimes. No one really knows.

Food for thought: It’s theorized that Jack the Ripper, one of the most popular serial killers of his time, was actually a woman. Research the topic in your free time and share your thoughts in the comments! 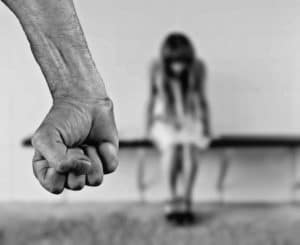 Most serial killers have had issues with relationships at a young age. And being unable to make or keep a relationship or friendship leads to loneliness. Some people describe male and female serial killers as loners in adult life. But I have to disagree with this because not every lonely person becomes a killer.

Furthermore, some people prefer “loneliness”. I also would like to say that this world is full of ignorant people who bully others just because they’re different in some way. My brother, for example, has been wearing hearing aids since a young age. And he was bullied at school for it, which was very stupid.

Moreover, most kids didn’t want to hang out with him because of his hearing aids, which again, was ridiculous. He was a kind person but he still didn’t have many friends as a young boy. This didn’t make my brother go around and kill people. However, I can see how other kids without any type of support from their families or anyone might end up with hatred in their hearts and become violent later in life.

Lastly, I want to mention Ted Bundy who wasn’t a loner but became a serial killer. He was charming and friendly. He also had a pretty normal childhood. So, do with that information what you will. And stay vigilant. You never know who’s sitting next to you or sleeping in your bed.

Almost 3/4 of serial killers grew up with someone who had issues with alcohol and/or drugs. Other traits of serial killers include low self-esteem, exposure to alcohol in the womb, witnessing violence within the family, academic failure, poor social functioning, fascination with weapons, etc.

Most data that people have gathered about the childhoods of infamous serial killers should be taken with a grain of salt because it’s based on self-reporting.

However, even if some of them experienced childhood abuse, millions of other people who had similar or worse childhoods turned out to be wonderful participants of society as adults.

In my opinion, their genetics load the gun, their psychology, and personality aim the gun, and their experiences pull the trigger. So, they’re a complicated mix of bio, psycho, and social.

Overall, some serial killers had bad childhoods but they didn’t start killing people because of no choice in the matter but because they decided to embrace their violent inclinations.