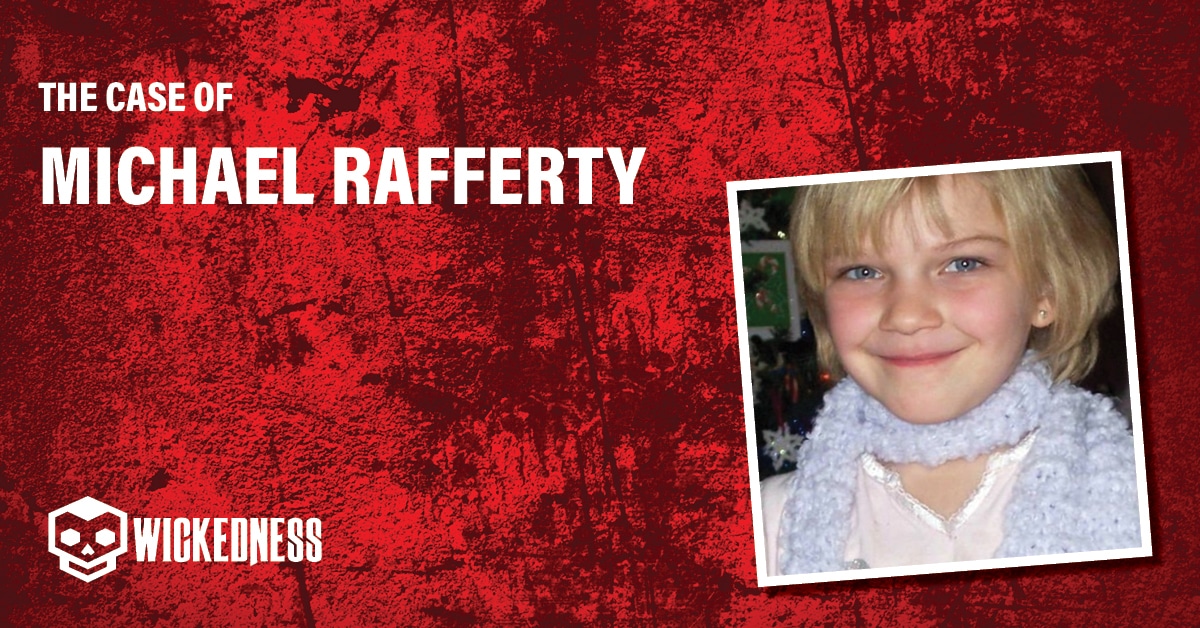 Victoria Elizabeth Marie “Tori” Stafford was born on the 15th of July, 2000. She lived in Woodstock, Ontario, Canada, with her mother, Tara, and brother Daryn. Tori’s mother, Tara McDonald, and her father, Rodney Stafford, were separated before Tori had turned three. When the pair split, Tara received full custody of their two children, and Rodney was granted visitation rights.

On the 8th of April 2009, 8-year-old Tori Stafford was on her way home from school in Woodstock, Ontario, Canada. Tori, her brother Daryn and their mother had just moved into a new house one week earlier. 10-year-old Daryn and 8-year-old Tori were meant to walk home together from Oliver Stephens Public School that afternoon. Tori had planned to spend the evening with her father Rodney and then have a few friends over to watch a movie.

However, when Daryn looked for Tori, he couldn’t see her outside the school. He assumed she must have walked herself home, so he walked home to see if Tori was there. When he arrived home, Tara told him she wasn’t there. Daryn immediately jumped on his bike and started riding around the neighborhood, looking for her. At 5 pm, he returned home to find that Tori was still not home. At this point, Tara realized that Tori wasn’t just late playing with other children, so she started calling around to Tori’s friend’s houses. But no one had seen or heard from tori. She then began to drive around the neighborhood looking for tori. When she came across a police officer, she stopped to tell him what was happening. The officer sent her to the police station to report her missing. Police and volunteers immediately started searching the school and the area. 100s of volunteers were involved as well as k-9 units and helicopters. Neighbors handed out flyers, and missing person posters were distributed.

Police obtained surveillance video from around the school. They found that at 3:32 pm, Tori was walking with a woman with long black hair. The footage was released to the public, asking for anyone with any information to come forward to help them identify the woman. The police received a number of tips, including a tip from Tori’s mother saying the woman in the video could be someone she knew slightly named Terri-Lynn.

The woman in the video was identified as 18-year-old Terri-Lynn McClintic. She denied having anything to do with the disappearance of 8-year-old Tori.

A month after Terri-Lynn denied having anything to do with Tori’s disappearance, she told police she knew what happened to her.

Terri stated that she and her boyfriend, Michael Rafferty, had previously discussed abducting children, and on the morning of the 8th of April, he forced her into going through with it. Michael wanted it to be a younger girl because “they are easier to manipulate.” Terri lured Tori into the car by telling her she would show her a puppy. She helped Tori into the rear seat, and Michael Rafferty drove away. They then stopped at a hardware store where Terri brought a claw hammer and some garbage bags. They then drove to a remote location near Mount Forest, Ontario.

Terri said she got out of the car at the remote location while Michael Rafferty sexually assaulted Tori in the rear seat. They then placed a garbage bag over her head and hit her with the hammer. Terri said that she hit Tori with those fatal hammer blows. They then put her body in more garbage bags and hid it under a pile of rocks, and then drove away. Investigators later found Tori’s DNA in Micheal’s car. Terri agreed to take a plea deal and testify against Michael Rafferty at his trial.

In July 2009, 103 days after Victoria Stafford was reported missing, remains were found in a rural area southeast of Mount Forest in Ontario in Wellington County. It was 132 kilometers from Tori’s home. Eight-year-old Victoria Stafford’s remains were so badly decomposed that she was identified through dental records. A forensic pathologist determined it was indeed Tori. Tori was found naked from the waist down, wearing only her Hannah Montana t-shirt and her mother’s butterfly earrings.

Where is Michael Rafferty today?

Where is Terri-Lynne McClintic now?

Terri-Lynn McClintic is serving a life sentence for her role in the 2009 kidnapping, rape, and murder of Tori. She is not eligible for parole until 2031.

What happened to Victoria Stafford?

The 8-year-old girl disappeared while walking home from her Woodstock elementary school on April 8, 2009. She was abducted, brutally raped, and murdered.

When was Tori Stafford found?

July 21, 2009. Remains were found in a rural area just southeast of Mount Forest in Ontario. It was 132 kilometers from Tori’s home. Her remains were so badly decomposed that she was identified through dental records.