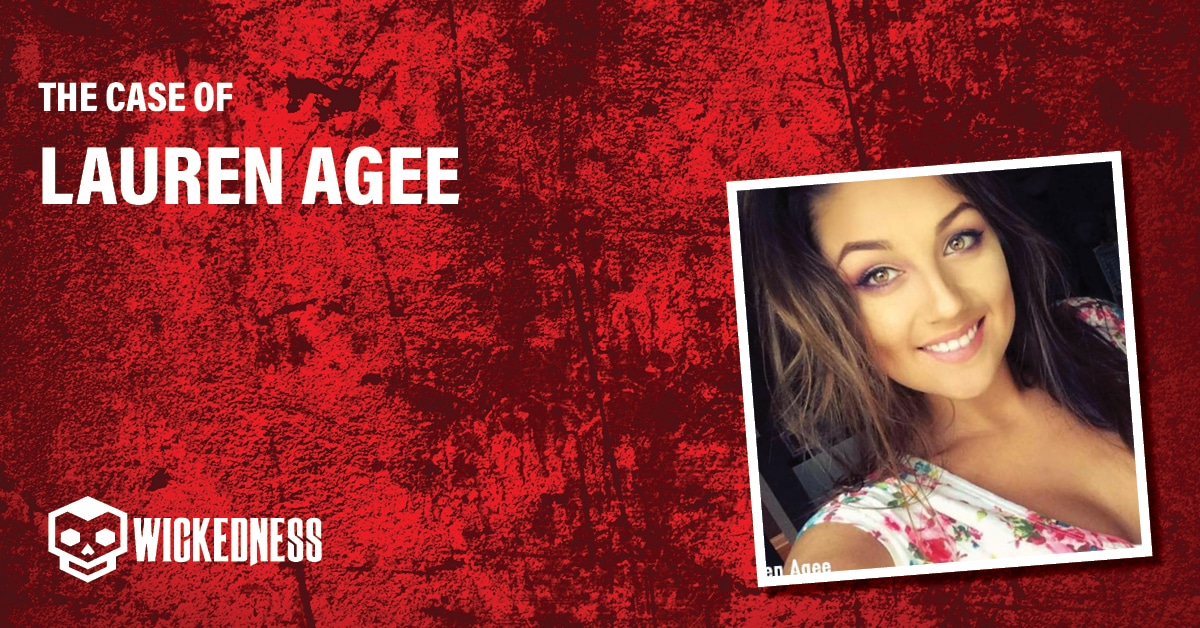 Lauren Agee – Not so accidental death?

A summer weekend turned into a tragedy when 21-year-old Lauren Agee’s body was found floating in Tennessee’s Center Hill Lake on the morning of July 26, 2015. Her death was ruled an accident, but certain aspects of her death remain a mystery due to some unanswered questions and a less than thorough investigation.

Lauren Taylor Agee was born on August 19, 1993, in Biloxi, Harrison Country, Mississippi, USA. She was known as the life of the party and had even appeared in professional music videos. Music and dancing were her passion. For four years, she was a gifted dancer and member of the award-winning Hendersonville High Golden Girls dance team and received a dance scholarship to Bethel University. She had recently transferred over to Vol State to study criminal justice.

On July 25, 2015, Lauren Agee went to WakeFest with her friends Hannah Palmer, Hannah’s boyfriend Aaron Lilly, and his friend Chris Stout. This weekend was the first time Lauren Agee had met Chris Stout. WakeFest is a grassroots wakeboarding tournament that takes place every year in Tennessee. It is a three-day party on Center Hill Lake in DeKalb County, around two hours outside of Nashville. Professional wakeboarders take part, and hundreds of fans attend to watch. At night time, everyone parties and camps out on houseboats and cabins around the local marina.

Lauren had informed her mother, Sherry Smith, that the group planned to stay in a cabin that weekend.

It appeared Lauren Agee was having a great time. Lauren and Hannah were uploading pictures of themselves inside the car on the way to WakeFest and were seen by many having fun at the event.

On the night of July 25, a security guard at WakeFest, Chris Yarchuk, saw Lauren and her friends at the bar. According to Chris Yarchuk, Lauren left the bar at 2 am with Hannah, Aaron, and Chris.

Lauren Agee also saw Kassi Franks, with who Lauren went to high school that night. Kassi said that that night Lauren made it clear to Chris that she wasn’t interested in him and that she already had a boyfriend. Instead, she just wanted to have fun with friends.

Kassi said that once Lauren found out they were sleeping on a steep cliff rather than inside a cabin, she asked Kassi if she could stay with her group. Kassi said they had no room left in their cabin. Therefore Lauren went to the cliff with Hannah, Aaron, and Chris.

That next afternoon, July 26, Lauren’s body was found floating in the water. Lynn Blair and his son Dylan were fishing on the lake when they noticed the body of a young girl floating wearing bright pink shorts. Lauren’s friends Hannah, Aaron, and Chris had not reported Lauren missing. Lauren’s mum, however, had been trying to contact her multiple times that morning and was worried before she even received the devastating news that she was dead.

Police spoke with Hannah, Aaron, and Chris. They told police that they had all been drinking the night before and were drunk when they got back to the campsite. According to Hannah, when they woke up, she was gone. She insisted that she didn’t report Lauren missing as she assumed she had gone to meet someone. Lauren’s personal belongings, including her flip-flops, wallet, and cell phone, were left at the campsite.

Lauren’s blood-alcohol level was found to be twice the legal limit, and her death was ruled an accident. The medical examiner determined that Lauren fell from a cliff, landed on rocks, and rolled into the lake. The case was closed.

The case may have been officially closed, but Lauren’s family didn’t find any closure in the provided answers. Sherry Smith began looking into her daughter’s death and hired a private investigator Sheila Wysocki. Sheila reviewed the autopsy photos and saw what appeared to be a strange bite mark on one of Lauren’s breasts. She also believed that Lauren’s body showed signs of strangulation. The autopsy also revealed that there was no water in Lauren’s lungs. Sheila believed that Lauren was dead before she was placed in the water, and this was not an accidental drowning. There was also bruising on her thighs which Sheila believed may have been caused by someone kneeling on her holding her down.

Sherry Smith also asked former police officer, Mr. Leiker, to give his opinion. He stated that, in his opinion, Lauren’s death was a homicide and that homicide was covered up by Hannah, Aaron, and Chris. He also noted that the police investigation was insufficient. He highlighted several factors including:

1. There was no water found in Lauren’s lungs.

2. There were injuries to Lauren’s body that indicated that she was involved in a strangle before her death, and are not consistent with a fall.

3. There were symmetrical injuries to her back. These symmetrical marks are consistent with a body being dragged.

In December 2016, Sherry Smith filed a 10 million dollar wrongful death lawsuit against Hannah Palmer, Aaron Lilly, and Chris Stout. The case was thrown out of court in March 2017 after a judge told Smith that there wasn’t “one shred” of evidence to indicate Lauren Agee’s death was anything more than an accident.

Hannah Palmer, Aaron Lilly, and Chris denied any involvement in Lauren’s death and were never charged with any wrongdoing.

What happened to Lauren Agee?

Lauren went missing whilst partying with her friends. Her body was found the next day floating in the lake.

Where is Aaron Lilly now?

Aaron Lilly is now living in South Florida. He is engaged to be married to Hannah Palmer.

Who was with Lauren Agee?

Aaron Lilly, Hannah Palmer, and Christopher Stout were camping with 21-year-old Lauren Agee at a cliff-side campsite on Center Hill Lake in DeKalb County. The following day she was found dead in the lake. The DeKalb County Sheriff’s Office ruled the death accidental, suggesting she fell from the cliff.