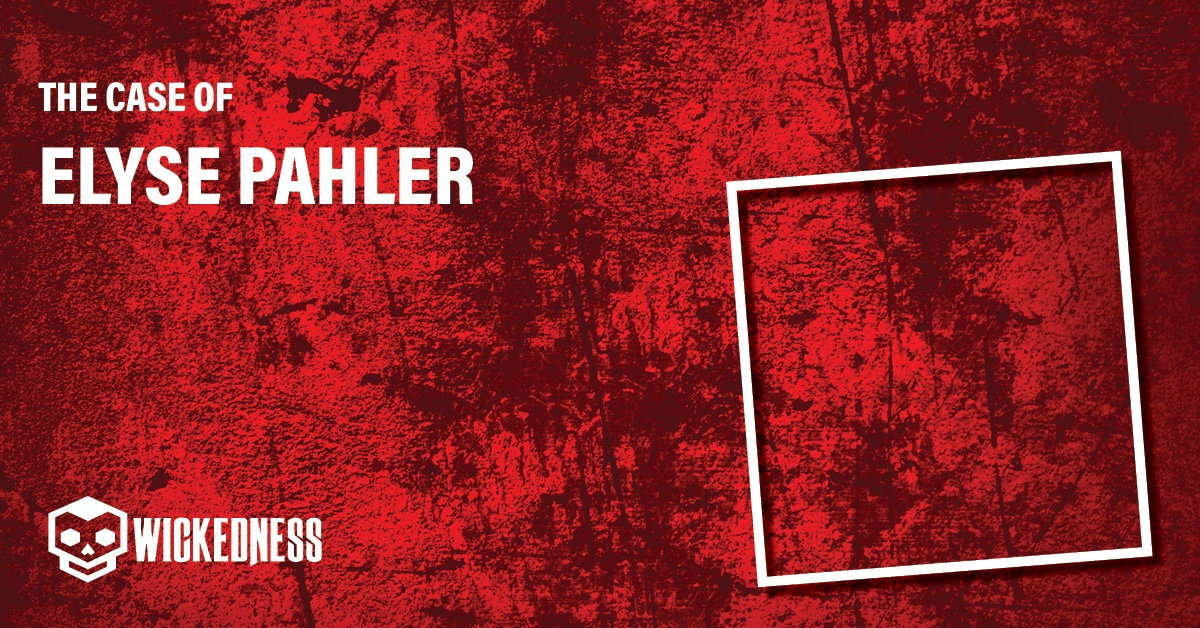 Elyse Pahler – A Teenage Girl Killed As A Sacrifice To Satan

Some true crime stories sound unbelievable, more appropriate for B- list horror movies, but sadly, they are real. The victims were real, and their murderers, although acting more like horror monsters, were also real.

Such is the case of Elyse Pahler, a 15-year-old girl killed in a brutal manner unseen in her hometown. For eight months, her family and friends looked for her, ready for the worst, but nothing could prepare them for what they found out when one of the murderers confessed his crime…

15-year-old Elyse Pahler was born on April 24, 1980. She was a typical schoolgirl, living with her three younger siblings and parents David and Lisanne Pahler in the small town of Arroyo Grande in SLO County, California. She was good-looking, sweet, kind, and a good student.

On the evening of her death, Elyse was watching TV with her father, David Pahler, when she told them she was going to bed. However, that was a lie, typical for teens her age. Instead of going to bed, she sneaked out to smoke weed with some acquaintances. That was the last time her parents saw her alive.

The Killer Confesses To a Gruesome Crime

Elyse Pahler never came home. Her parents and police were perplexed by her disappearance, as well as the residents of Arroyo Grande. Who could take that young girl away from her friends and family? Eight months after she went missing, Elyse Pahler’s case was finally solved and that question was finally answered. A young man named Royce Casey came to the police station to confess to a brutal murder.

He lead the police to the place where her remains were located, in a Nipomo Mesa eucalyptus grove, only a quarter-mile from her home. Her partially mummified remains were right there where Casey told the police they would be. Along with confessing to murdering Elyse Pahler and showing the officials her body, he also implied his two friends were involved in her death. Their names were Joseph Fiorella and Jacob Delashmutt. The two were taken into custody and the gruesome truth started to unfold…

The three boys didn’t even try to hide or deny their involvement in Elyse Pahler’s death. Their separate testimonies about the murder details were pretty consistent with each other. They lured Elyse to the eucalyptus grove with a promise of sharing a joint with her. Once she came where they wanted her to be, Delaschmutt started strangling her with a belt from his pants.

While Delaschmutt was strangling Elyse, Casey was holding her, and Fiorella started stabbing her with a hunting knife. Then Delaschmutt took the knife in his hands and started stabbing her, and the last one to stab her was Casey. Once they got bored of stabbing Elyse, three boys beat and kicked her as she was laying on the ground. According to Casey’s testimony, Elyse called for her mom and prayed to God as she was viciously attacked.

Despite the killer trio stabbing Elyse about dozen times, none of her individual stab wounds were fatal, so she slowly bled to death.

Killers Were Influenced By Metal Bands

The killer trio was made of three outcast teenage boys that were huge death metal music fans. Their favorite band was Slayer, and they even started their own death metal band, Hatred. In their twisted minds, an idea developed: if they make a sacrifice to Satan, their band will become better and maybe even world-famous. But, they had to choose an appropriate murder victim. And what could be a better sacrifice than killing an innocent, blonde-haired blue-eyed virgin girl, someone like Elyse Pahler?

Jacob Delashmutt was 16 at the time of Elyse Pahler’s murder. He was born into a Mormon family, and he was sent to a rehabilitation center when it was discovered that he had a drug problem, specifically with amphetamines. In that rehab center, he met Elyse.

Royce Casey was 17 and Joseph Fiorella was 15 at the time of the crime. Just like Jacob Delschmutt, they both consumed drugs, and they felt like outcasts in their schools, with Casey even dropping out. Fiorella showed an interest in the occult, especially Satanism. He shared his knowledge and passion with his two friends, and soon they became obsessed with the occult rituals.

For months, they were stalking Elyse Pahler, and they even almost killed her at one point. They lured her to their smoking place in the eucalyptus grove, where they will kill her a few months later. At one point, Fiorella took out his knife, and once his friends started chanting “Do it! Do it!”, but he couldn’t do it for some reason. Unfortunately, the next time, he will take his chance.

Elyse’s body was already heavily decomposed so the investigation mostly relied on the confessions given at the preliminary hearing. The boys confessed not only to the torture and murder of Elyse Pahler but also admitted raping her after she died. It was discovered that the boys boasted to some of their classmates about killing Elyse and returning several times to have sex with her dead body. However, no one believed them or took them seriously until Casey turned himself in.

In the following months, Royce Casey, Joseph Fiorella, and Jacob Delschmutt stood a trial for the murder of Elyse Pahler. They pleaded no contest to the first-degree murder.

However, their trial wasn’t the one that attracted the attention of the public. Instead, the general public watched Elyse Pahler’s parents sue the band that influenced Casey, Fiorella, and Delschmutt. They believed that the band Slayer was also responsible for what happened to their daughter, as their violent music was often accompanied by lyrics that spoke about murder, Satan worship, and even necrophilia.

Pahlers accused the band of marketing and distributing obscene and harmful material to adolescent males. Slayer’s song “Dead Skin Mask” was used as an example of their claims.

This lawsuit was filed after the killer’s trial. The case was dismissed and the Pahlers filed another lawsuit, which was also dismissed. The band members denied any guilt or inciting anyone to commit murders and rapes, and they were protected by freedom of speech.

In 1997, the trio was convicted guilty of the murder of Elyse Pahler. The allegations of rape and torture were dismissed against each defendant.

In the following years, the boys expressed regret about the heinous crime they committed. Royce Casey was especially repentant, showing his remorse numerous times, and converting back to Christianity.

David Pahler, Elyse’s father, claimed that he believed that Royce Casey was repentant, but he also said that his children would feel uncomfortable knowing that their sister’s killer lives freely and in their proximity.

What Happened To Elyse Pahler?

Elyse Pahler was a 15-year-old Arroyo Grande High School freshman in 1995 when she was lured to a Nipomo Mesa eucalyptus grove and stabbed to death by three teenage classmates performing a satanic ritual.

How Was The Band Slayer Involved In The Elyse Pahler’s Case?

The Pahler family filed a lawsuit against the heavy metal band Slayer, alleging that the band’s lyrics incited the three teens to murder.

Why Was Elyse Pahler Murdered

Elyse Pahler was killed because her killers wanted to advance their heavy-metal music careers. In order to become world-renowned musicians, they chose to commit one of the worst crimes and make a human sacrifice.

Some experts claim that the Satanic ritual was only an excuse to kill and rape Elyse Pahler. Both Casey and Delashmutt said that Fiorelli was obsessed with Elyse. The crime bears many characteristics of similar sexually motivated murders.

What Is The Status Of Royce Casey?

Casey, now 43, was granted parole by California parole board commissioners in March 2021, but the decision was reversed by Governor Gavin Newson. While waiting to be released, Royce Casey showed good behavior in prison, participated in numerous rehabilitation programs, earned his GED, and was working toward getting a bachelor’s degree in psychology and sociology.