Each of the following novels on serial killers offers the two most essential elements of a successful novel, which are a determined detective and a driven yet twisted murderer.

1. The Silence of the Lambs 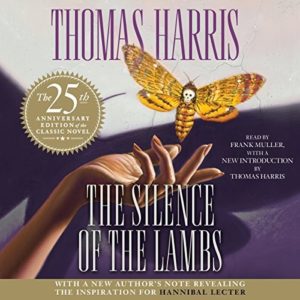 It’s impossible not to mention the Silence of the lambs, whether it’s a list of the best novels or movies on serial killers. Thomas Harris writes this popular novel as a sequel to Red Dragon.

These serial killer novels feature a psychotic serial killer named Hannibal Lecter. This character is introduced to both of the novels as a prisoner who is helping an FBI agent to apprehend another serial killer (Buffalo Bill). 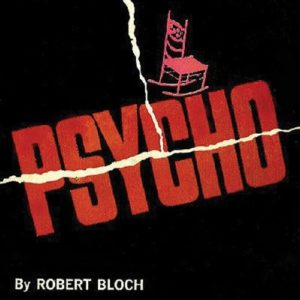 It’s yet another of the best serial killer novels written in 1959 by Robert Bloch. It’s a classic horror and thriller novel, and its story is somewhat related to the life of Norman Bates, who is considered one of the scariest and weird characters in crime fiction.

However, the central part of this novel is fictional, and the only similarity with Norman Bates is the creepiness of the serial killer. 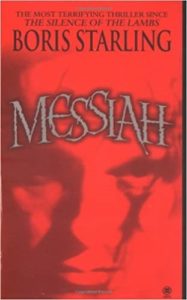 The first victim of the serial killer in this novel was found hanging from a rope, the second beaten to death, and the third decapitated. While all three methods are entirely different, all victims have one thing in common – the killer has cut out their tongues and replaced them with silver spoons.

Red Metcalfe is the investigator assigned to these cases as he has interviewed some of the most notorious serial killers in the world. However, he soon discovers that the next life he saves could be his own. 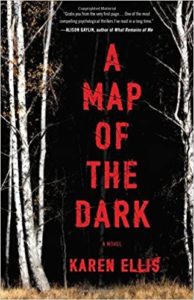 This serial killer novel starts with the disappearance of a young girl, and Elsa Myers has been assigned to solve the case. As she goes deeper into the investigation, her childhood demons become stronger. In order to deal with the case and save the missing innocent children, Elsa must confront her past. 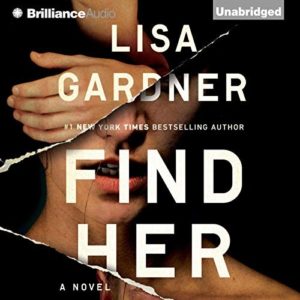 Find Her is one of the most jaw-dropping novels about serial killers written by Lisa Gardner. In this novel, the Zodiac killer is a truck driver who kidnapped Flora Dane and spent about one and a half years with her.

During that time, the killer tortures her both physically and psychologically in unthinkable ways. Then the D.D. Warren, a detective, is called to the crime scene that involves Flora and a dead man. The detective finds out that Flora is connected to 3 other victims.

Then Flora Dane suddenly disappears, and the detective must find out whether she is the victim or suspect. 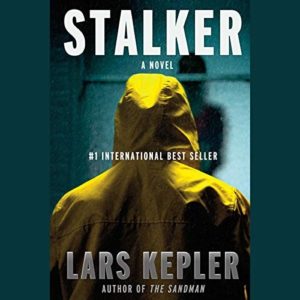 In crime fiction, the Joona Linna is one of the most popular series, and the case that the “Stalker” explains will give you chills. It’s a sensational, dark, and intricate story that will make you think that there is a stranger in your house.

In this novel, the National Crime Unit of Sweden receives a young woman video captured by a stranger. However, the young woman didn’t know that she was being filmed. The police must find out who the young woman is and where she lives.

However, they find out that the girl is brutally murdered. As the investigators try to solve the mystery, they receive another video of another young woman. 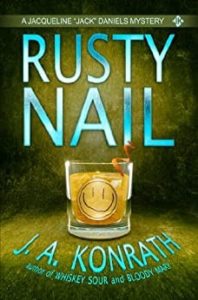 Rusty Nail is the third title by J. A. Konrath that features Lt. Jacqueline, and it was published back in 2006. It’s a witty novel that offers a unique crime fiction approach in a thrilling way. It’s not a horror novel in which the criminal gives Jacqueline a run for her money.

This novel will make you laugh and at the same time offers nail-biting thrills, scary situations, a compelling storyline, and crazy characters. 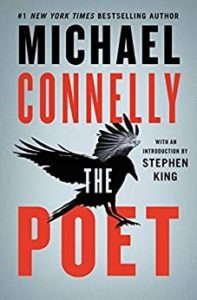 Death is reporter Jack McEvoy’s beat, his obsession and calling. However, death brings McEvoy a unique and challenging story this time that he never wanted to write. It also involves an intriguing mystery that McEvoy wants to solve desperately.

A cunning serial killer with unprecedented savagery is targeting homicide cops where each murder case is more complex than the previous that McEvoy can’t crack. Soon the killer’s calling card shows that his latest victim could be McEvoy himself.

9. The Killer Inside Me 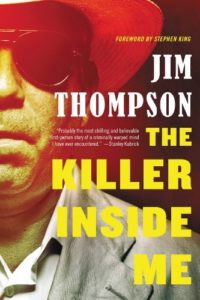 The Killer inside me was published in 1952, and it’s regarded as one of the most uncompromised and disturbing crime novels. This novel explains how the mind of a serial killer works. It features Lou Ford, a Texas-based sheriff, highly admired by society, but people don’t know his dark side. 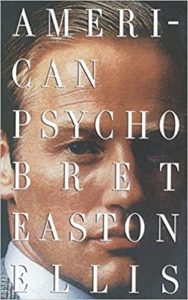 This list wouldn’t mean anything without mentioning Patrick Bateman and Bret Easton Ellis. This novel explains the true meaning of the American dream in an incredible way. The unforgettably disturbing story of this classic novel is set in the culture of 1980s Wall Street. 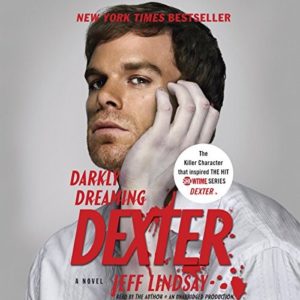 If you want to dive deep into the mind of a serial killer, consider reading Jeff Lindsay’s Darkly Dreaming Dexter. It features the story of a psychopath, Dexter Morgan, and explains how his childhood event led him to become the monster. You can also watch the Dexter TV series that also explains the character of Dexter Morgan beautifully, but the novel contains more details.

It’s yet another novel by Lisa Gardner. It’s a short novel, and its story demands to be completed in a single sitting. All you need to do is start reading, and you won’t be able to leave it before finishing the story.

It’s a white-knuckle thriller that features Tess Beckett, who finds out that her husband is a brutal psychotic serial killer. 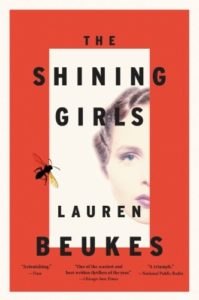 This novel features Harper Curtis, a serial killer, and Kirby Mazrachi, the last shining girl. Harper Curtis is obsessed with inserting himself in the loves of bright and shining girls and murdering them brutally. But then one of his targets accidentally survives, and she starts working with the reporter of the Chicago Sun-Times. 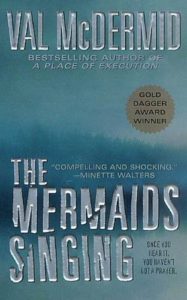 This novel starts with the four dead bodies of men found in the Bradfield town. A seasoned professional, Tony Hill, also a criminal psychologist, starts investigating the case. He started profiling the serial killer, and his past allows him to comprehend the killer’s motives.

Tony Hill confronts his childhood demons, but at the same time, he also needs to come face to face with the evil to find the courage to stop the murderer. 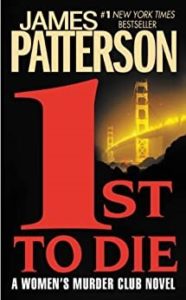 Four detectives and friends join forces to apprehend a serial killer in the Women’s Murder Club in San Francisco. Each of the detectives has a piece of the puzzle: Cindy Thomas works in San Francisco Chronicle, Jill Bernhardt is an assistant DA, Claire Washburn is a medical examiner, and Lindsay Boxer is a homicide inspector.

However, their expertise and powers are still insufficient to solve the mystery. So, they secretly join forces to help each other solve the case. 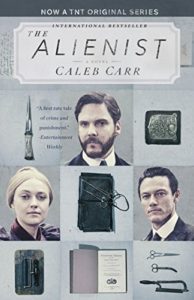 On a cold March night of 1986 in New York City, John Schuyler Moore, a New York Times reporter, is called to the East River by Dr Laszlo Kreizler, his former classmate and friend.

Dr Laszlo Kreizler is the main character of this novel which is a brilliant psychologist by profession, and he’s also known as the Alienist. The two friends witness a brutally mutilated body of a young boy on the unfinished Williamsburg Bridge.

Then they are joined by a police department secretary, Sara Howard, and they combine their powers and talents to solve the murder case. Soon they realise that they have entered the twisted mind and past of a terrifying murderer who has killed multiple individuals. 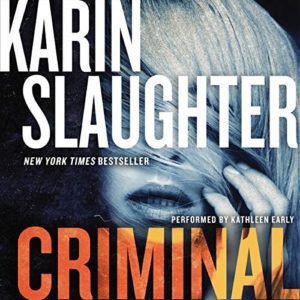 Karin Slaughter is not only a New York Times but also an international bestseller writer. She excels in writing fiction crime novels, and “Criminal” is the 6th book in a row that features Will Trent. This Incredible novel was published back in 2012, and the story of this novel is set to take place in the early 1970s in Atlanta.

In this book, Karin Slaughter explains the childhood of Will Trent, who later on works as an Agent at the Georgia Bureau of Investigation Department. You should read all the novels that feature Will Trent but reading the “Criminal” would be enough to understand how a serial killer can affect the future of a young boy. 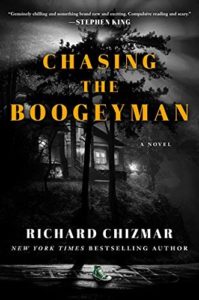 You can stare at the cover of “Chasing the Boogeyman”. However, the jaw-dropping story of this fiction crime novel is even more mesmerising that you can read over and over again.

The story is entirely fictional but contains the names of some real people that Richard Chizmar knew while growing up. It feels like everything that the novel offers actually happened when Chizmar was in college.

The novel takes place in a small town in Maryland where multiple young girls are found murdered brutally in the summer of 1988.

Then Richard Chizmar, along with his friend, Carly, start their secret investigation and find out that there is a serial killer around to haunt the peaceful community of the small town. But Chizmar and Carly can’t find out whether or not the killer is human. 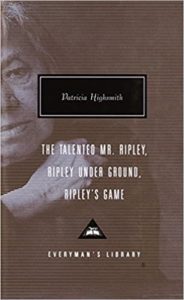 Patricia Highsmith is known as one of the most influential fiction crime writers of the twentieth century. If you want to read his best work, there is no better option than Tom Ripley. Ripley starts his journey as a part-time con man, but his hard work allows him to live a life of opulence.

Then he forgets morals and ethics and does whatever it takes to sustain the life he has achieved to build. The charming personality of Ripley makes him an even more fearsome monster, and he is undoubtedly one of the best characters that you can find in contemporary literature. 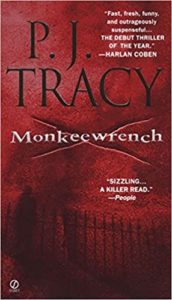 Monkeewrench is the very first novel of a series written by a mother-daughter, who is also known as PJ Tracey. Other novels of this series also come with the same name, but the first book is no less than a jewel. It was written back in 2003, and it presents a copycat serial killer who is on a killing spree.

The killer uses the “Serial Killer” computer game to follow the same patterns to find his targets. Grace McBride, along with her colleagues, try to apprehend that serial killer.

The stories presented in these novels on serial killers are unsettling and disturbing, but we still want to read them. That’s because there is a part of the human brain that finds it interesting to learn about the way sociopaths and psychopaths think.