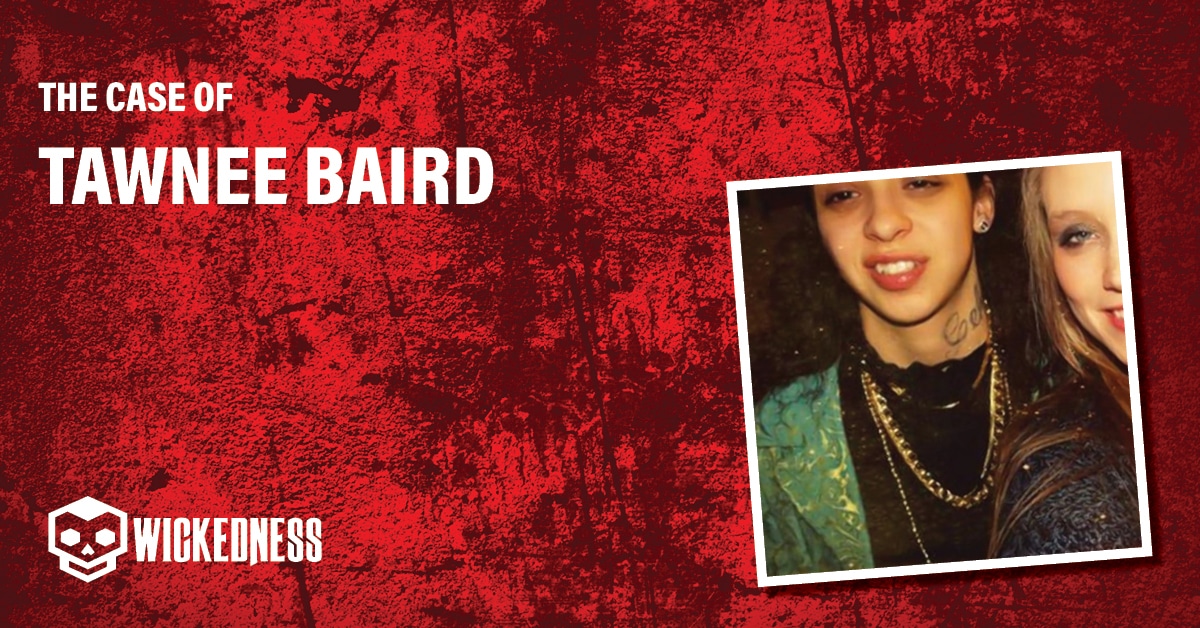 The Close Friend and Abusive Girlfriend

Tawnee Marie Baird was born on June 17, 1993. Her parents were Dana Marie Anderson and Casey Baird. They said that she was the sweetest and best child you could ever wish for. She loved her family and had many friends. Tawnee Baird was a student at Salt Lake Community College. At the time she was recently enrolled in the SLCC and worked at Arnold Machinery. She was very committed to her new job. She knew that success at work would help her to achieve her goals. In the future, she wanted to run her father’s business. Tawnee Baird met her murderer, Victoria Mendoza, on holiday, in a youth treatment center.

Victoria Mendoza was hospitalized for behavioral treatment after being caught with drug possession and other paraphernalia. 22-year-old Mendoza became very close to Baird’s family. Tawnee’s father almost considered her his “other daughter.” Tawnee posted many happy pictures with Victoria on her social media accounts. They had an inseparable relationship but were also very toxic. Victoria Mendoza was extremely jealous of Victoria Baird. She was paranoid that Tawnee was going to cheat on her men. Victoria’s own overthinking led her to cheat on Tawnee with her best friend. However, Tawnee eventually forgave her and wanted to continue their relationship. In June 2012, Victoria’s mother died of cancer. Pitying Victoria, Tawnee’s mother allowed her to stay with her family. Victoria moved to the Tawnee’s house. This movement only intensified the quarrels. They eventually turned into physical fighting. During one fight, Victoria punched Tony in the face. The hit was so hard that she knocked out a tooth.

It was on October 17, 2014. 21-years-old Tawnee went to hang out with Victoria. They decided to date their mutual friend Lacey. Lacey was from another city, she was from Ogden. Victoria became upset during the party. She went to the bathroom and locked herself. When went out she suddenly demanded to leave. They all left Lacey’s house. Together they took a ride. Lacey was brought to her home. It was personal time for the couple. At dawn on October 18, 2014, Tawnee and her partner returned to her house in Holladay. Lacey told the police that she told Tawnee and Victoria she loved them and said goodbye. This was the last time she saw her best friend alive. This couple was already suspected of having an affair and quarrels. But it escalated into violence during the night trip. Victoria could not reconcile. She pulled out a sharp knife while Tawnee was behind the wheel and began stabbing her several times in the arms, face, neck, chest, and ear. She had been stabbed 46 times. After she stabbed her 22-year-old girlfriend, Victoria carried Tony’s body to the passenger side of the car and drove to Odgen. Tawnee was found dead at the scene. After the incident, Victoria Mendoza phoned and informed her sister Spencer about the crime at 6:30 am. Spencer did not believe her at first but she was impressed with her sister’s voice. Victoria forced Spencer to call 911 and rush to the scene. Spencer arrived. She admitted that she discovered that Baird had been killed in the driver’s seat. The car was full of blood. Police officer Tim Scott found Victoria Mendoza was calmly sitting in a car. There was blood on her clothes and hands. She was also nervous and shaking. Police asked Victoria if she had a weapon, and she said she had a knife in the car. Tawnee’s blood-soaked body lay in the passenger seat. According to Victoria, they quarreled over her husband just minutes before the injury, but this can never be confirmed. Investigation of murder started. After her arrest, Victoria Mendoza confessed to officers that she pulled a 4-inch-long knife from her front pocket and hit Baird while they were fighting over a man. In addition, there were signs of physical assault on the victim’s body before the murder, as evidenced by scratches and chipped teeth on her body. Victoria pleaded guilty to aggravated first-degree murder.

At Mendoza’s first hearing after the incident, she was told not to be in court. The court was threatened that somebody would kill her during her violent outbursts. Baird’s family was angry, especially Tawnee’s father. After all, the evidence was found and a convincing case was filed against Ashley Mendoza, the police accused her of first-degree felony murder. Baird’s family asked the judge for the maximum sentence in prison. Tawnee’s father said that Victoria Ashley Mendoza should be sentenced to life in prison without parole. Victoria should not get a second chance, he said at the court. Victoria’s attorney asked her to plead guilty, she did it. Before the sentencing, Tawnee Baird’s family told the judge that they had taken Mendoza into their family and tried to help her with her education and employment. They just could not believe that she had committed such a horrible crime. Family members described Baird’s relationship with Mendoza as unstable. However they were also inseparable, they said. Prosecutors say that on the night of aggravated murder, Mendoza and Baird quarreled while in a car on Interstate 15. Tawnee Marie Baird hit Mendoza and pulled her hair. According to Weber County Attorney Chris Allred, the defendant became angry and started stabbing Baird. As she sat in chains and listened to prosecutors, Mendoza tilted her head low to the table and hid her face in her long dark hair. Her shoulders trembled at times as if she were crying. However, prosecutors questioned that emotion. She was sentenced to 16 years in prison. Leaving the courtroom, Casey Baird stressed the need to talk honestly with family members and even report suspicions of domestic violence. She noticed that Victoria could never have killed Tawnee. Although Victoria admitted her guilt, she did not think she needed to apologize. She claimed in court that her friend had harmed her and did domestic abuse against her. Her act was an emotional outburst. Tawnee brought it to this. Moreover, her jealousy of her husband was not unfounded. But Victoria found herself as the monster. Victoria Mendoza is currently in Weber County Jail, and a parole hearing is scheduled for October 2039.

How did Tawnee Baird die?

Victoria Mendoza stabbed her with the a knife 46 times.

Where is Victoria Mendoza now?