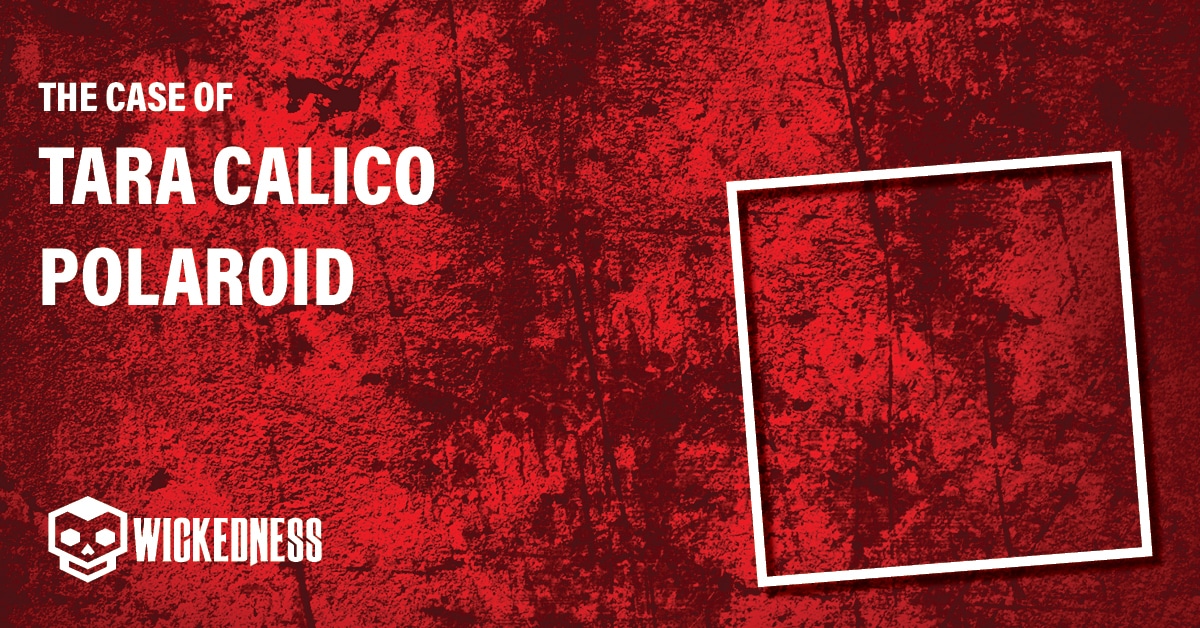 No conviction has yet been made

Names of suspects not yet released

Who Was Tara Calico?

Tara Leigh Calico was born in Belen, New Mexico, on February 28, 1969. She was always considered a very intelligent, independent and focused teenage girl. Tara attended Belen High School where she always stood out for her performance and pleasant warm personality.

She was born and raised in Belen, just a few miles from Albuquerque, New Mexico, and from an early age showed signs of being a very happy and active child. Tara was a psychiatry student at the University of New Mexico and was known to have very good grades, intending to major in psychology.

In addition to enjoying her studies, she also had a strong calling to help, as she was an active member of the National Bank of Belen. She always enjoyed outdoor activities, biking and playing sports with her boyfriend.

Tara Calico was such an active person, that she made it a point to go for a bike ride every day, not just for exercise, but as a way to distract herself. She was always very organized and usually had an itinerary for all the activities she would do during the day.

On September 20, 1980, she put on her tennis shoes and went out for her daily bike ride.. Before leaving, she said goodbye to her mother, Patty Doel, and asked her if she wasn’t back by noon, to please come and pick her up.

That was the last time 19-Year Old Tara Calico was seen by her family, that day she disappeared forever.

The Day of Tara Calico’s Disappearance

On September 20, 1980, Tara Calico had planned several activities for that day, the first thing she would do was ride her bike as she did every day, and then meet her boyfriend for tennis practice.

That day, in the morning, Tara Calico’s mother saw her getting ready to leave as usual. Tara said goodbye to Patty, asking her to pick her up in case she didn’t return by noon, so she left her house.

On this occasion, Tara used her mom’s mountain bike, because hers had flat tires. She left as usual at approximately 9 am.

At 12:05 pm, Tara’s mom noticed that her daughter had not arrived, and as promised, she went out to look for her. Patty knew the route she took every day very well, as she used to accompany her; it was highway 47, a fairly long road, so there weren’t many places to look.

Tara’s mom used to ride the same route with her, however, she stopped doing it because on one occasion, a motorized vehicle started to follow them. Although nothing happened, she always advised Tara to be very careful and to take pepper spray with her just in case.

Tara thought her mother was just being very protective, so she decided not to take anything. Patty made the drive twice without finding Tara, or any sign of where she might be, that’s when she decided to go to the police department and report her missing.

After Tara’s mother filed a police report, they began searching for her. However, after hours of searching, they were unable to find any clues as to where Tara might be or what had happened.

The first to be questioned were Tara’s parents, Patty and John Doel. According to them there was no reason why Tara could have run away or disappeared in such a voluntary manner, so they both had a very bad feeling.

Some witnesses said they saw Tara riding the bicycle and did not notice anything strange. During a witness report, other people said they had seen a pick up truck behind her on the road, in fact, it was a white 1953 F-150 Ford truck and it seemed to be quite dirty.

In spite of that, the witnesses noted that she was calm, although they also said that she was listening to music with her Walkman, so she probably had not noticed the pick up truck of which the testimonies spoke.

According to the statements of the witnesses interviewed, the last time they saw Tara was at 11:45 a.m. in Valencia County, about 3 kilometers away from her home. Despite some witness testimonies, and searches by police, family, and friends, Tara was not found, nor was a clue or the bicycle.

Patty, Tara’s mother, retraced the bike route next day and rode to the place where she was last seen at the time of disappearance. Approximately 5 kilometers from the house, she found a cassette tape that she immediately recognized as being Tara’s.

This was reported to the police, and they found bike tire tracks at the scene. These bike tracks could indicate that they may have collided with another bike, or that they had simply intercepted each other.

The mother recalled the time when, while riding with Tara, she had noticed a motorcyclist following them, and that it might have something to do with her disappearance. Some time later, approximately 30 km from the place where she was last seen, a Walkman was found.

Tara Calico’s mother said it was her daughter’s Walkman. Several theories arose, such as that someone might have found it at the site and then thrown it away later, or it was Tara’s way of leaving a trail so they could find her.

With these clues, the case began to be taken as a kidnapping and not a voluntary disappearance. By this time, no information was found about the pick up truck that the witnesses had seen, nor any other circumstantial evidence that could prove where Tara was.

After months of searching, the case began to cool down, until something very strange happened.

The Emergence of The Polaroid Photo

On June 15, 1989, 9 months after Tara Calico’s disappearance, a Polaroid picture appeared in an adjacent parking space in Port St. Joe, Florida. The mysterious photo showed two people, one of them a young girl of about 20 years old and a boy of about 13 years old.

The most impressive thing about this photo is that both appeared to be tied with their hands behind their backs and had black duct tape over their mouths. The person who found the photo told police that he had seen a Toyota pickup truck driven by a man with a mustache at the same location earlier.

The police began searching for the suspect and the pickup truck, even closing streets to find them, but they did not find the man or the vehicle. What they did do was contact Polaroid to get some important information about the photo.

Representatives of the company told the police that, according to the material on which the photo was printed, the blurry picture had been taken at least a month before the date it was found. 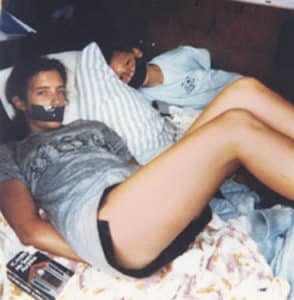 A month after the date the photo was found, it had already been the subject of national news coverage and had been all over the media. Many television shows were talking about the photo, including a TV program that a friend of Tara’s mother, Patty, was watching.

Patty’s friend called her to tell her about the photo and, upon showing her the photo, Patty pointed out that the young girl in the photo was her daughter. At the same time, family members of the child in the photo contacted the police saying it was 9-Year Old Michael Henley.

Tara’s family and the child’s family in the photo met with police to discuss what the photo showed. Patty said that the young girl not only looked like her daughter, but also had a scar on her leg that closely resembled Tara’s.

The photographic evidence also showed a book next to the girl, called “My Sweet Audrina,” written by Tara’s favorite author.

The photo was analyzed by a laboratory, which confirmed that the girl was indeed Tara. However, another lab, which also studied the photo, revealed that there was no evidence that it was her.

The police found no hard evidence that it was Tara. Both laboratories tried to decipher a number that was in the book, but the poor quality of the image did not allow them to obtain any other data.

In 1990 it became doubtful that the boy who also appeared in the photo was Michael Henley since his body was found lifeless a few kilometers from the camp where he was last seen.

After several studies, it was proven that Michael had died after getting lost in the forest, as he had no food or water. This ruled out the possibility that the boy in the photo was the same person.

Alleged Description of The Crime

Two decades after Tara’s disappearance the police began receiving very strange photos, one of them very similar to the one found in 1989. The only connection found between these photos and the first one was that they all came from Albuquerque, Mexico. However, it got the attention of police.

Then came more photos of very poor quality, where you could see an unidentified girl, however, there was no way to identify the person because it was a blurry photo.

Information was later received by the Albuquerque FBI about two teenagers who had stumbled upon Tara on the day of her disappearance, who had harassed her with their car, until they crashed into her and took her away from the scene.

A dying man in 2013, decided to tell on his deathbed what the two young men had done to Tara. The man recounted that Tara, after recovering from the accident following the crash, threatened to report them to the police. The two young men, who were teenagers at the time, raped and stabbed her to death.

It is presumed that with the help of others they buried the body to disappear the evidence, but although the police tried to find the body in the area near her disappearance, it did not turn up.

To date, the names of the young men involved have not been released, nor are there any known arrests or convictions of the culprits. Unfortunately, John and Patty Doel, Tara’s parents, passed away prior to all this information, so it remains an unsolved case.

The Tara Calico case has had national attention for years and has become a true crime that has piqued the interest of many people. The photos are still making the rounds in the media and on the internet.

The information gathered by the FBI is being kept secret because they are still investigating the case.

To date, there have been no reports of a trial in the Tara Calico case. The case is still open.

Police did not release the names of the individuals involved or information on convictions or arrests.

Was Tara Calico ever found?

No, to date, Tara has not been found, nor has her body.

Who is the boy in the picture with Tara Calico

The boy in the photo was initially thought to be Michael Henly. However, he was found lifeless in the forest near where he had disappeared. He died of dehydration.

Is it Tara Calico in the Polaroid?

The identity of the girl in the photo could not be validated. Some labs said it was Tara, another ruled out this possibility.