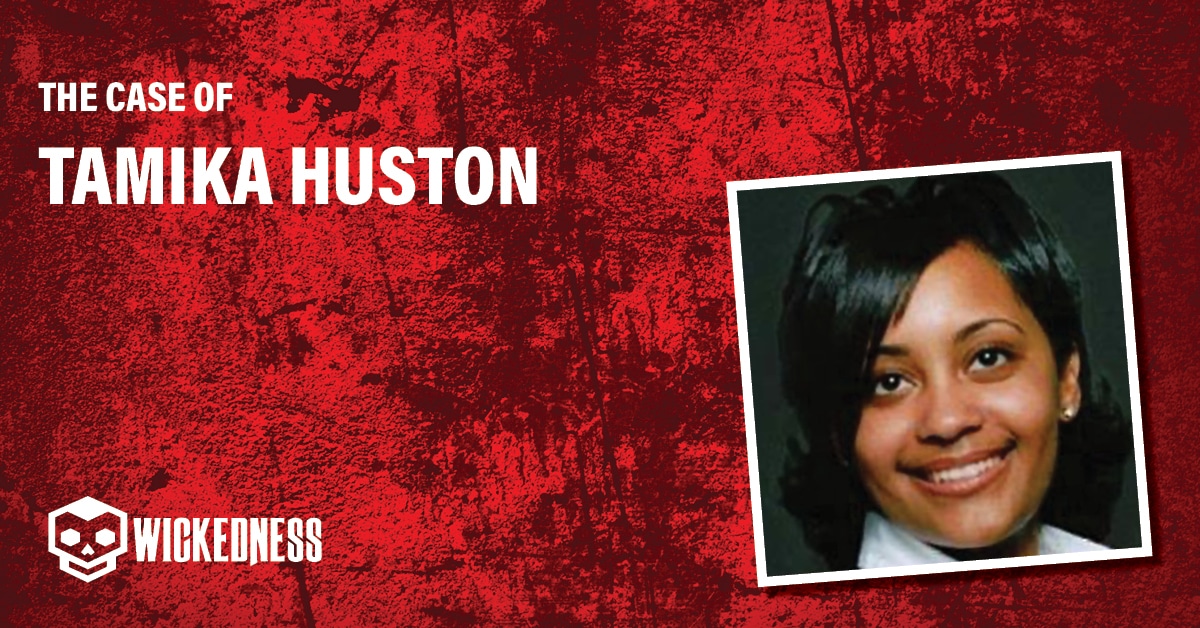 Tamika Antonette Huston was born December 11, 1979, in Spartanburg, South Carolina, to her parents, Anthony and Gabriella Huston. She had two brothers and a sister. Tamika’s faith was important to her. She never missed church on Sundays. Tamika loved to sing and wanted to perform for a living. She even tried out for the shown American Idol. Tamika was 24 years old and worked as a nurse at the time of her disappearance.

The disappearance of Tamika Huston

On June 14, 2004, Tamika was reported missing when her family hadn’t heard from her in a month. Tamika was very independent, and it wasn’t out of character for her to go days without contacting family. However, after a month and not answering any calls, Tamika’s family decided it had been too long. Something had to be wrong.

Her family called the police, who then agreed to go to her apartment in South Carolina to do a well check. When police arrived at Tamika’s apartment, they noticed her car was gone, and her doors were locked. Inside they found an uncashed paycheck and her cell phone. Her beloved pitbull Macy was in one of the back rooms with a litter of puppies. It had been so long since Tamika had been home to feed the dogs that they were not in good condition. The dogs were on the verge of starvation. Tamika loved her pitbull. It was her baby. Hearing about its neglected condition instantly told Tamika’s family that something was seriously wrong.

The search for Tamika Huston began.

Tamika’s cellphone and credit cards had not been used since she was last seen in early May. Missing person posters were posted everywhere, and Tamika’s family tried to get the case in as much media as possible.

A month after Tamika was reported missing, a woman found her car parked in the parking lot of the woman’s apartment complex. It was only 4 miles from Tamika’s house. The vehicle had been parked outside the apartment complex for three weeks. Upon searching the car, police uncovered a partial fingerprint on a set of keys on the vehicle’s floor. The fingerprint could not be matched in the database or anyone she knew. There was a code inscribed on one of the keys. Detectives took the keys to every locksmith in the area and eventually determined that they were made for an apartment unit at Fremont School Apartments. After trying every apartment in the complex and failing to match the keys to any, investigators discovered that they opened a storage area door in the basement.

After speaking to the apartment manager, investigators learned that after a resident is evicted, they switch the doorknob with another one from the building. They, however, didn’t keep a record of which ones went where. After receiving a list of tenants that had been convicted, police discovered Christopher Hampton, 25 at the time, was on the list.

Christopher Hampton was the former boyfriend of Tamika Huston. He had been evicted from the Fremont School Appartments one month after Tamika went missing. When questioned about the disappearance of Tamika, Christopher told investigators he didn’t know where she was.

Christopher’s fingerprints did not match those found on the keys in the car, but he remained the lead suspect in the case. When detectives were hitting a dead end in the case, they received a call from Chrispoher’s girlfriend at the time and the mother of his children. She informed them that when Christopher went to prison, he mailed her his wallet, and when she received it, she noticed that there was a tiny spec of blood present on it.

Investigators used DNA testing and determined that the spec of blood found on the wallet belonged to Tamika Huston.

When police confronted Christopher about this blood evidence, he confessed to murdering Tamika.

In 2006 Christopher Lamont Hampton was charged with the murder of Tamika Huston. He later pleaded guilty admitting to killing her with a hot iron during an argument at his apartment. Christopher led officials to Tamika’s remains, which he buried in a wooded area of Spartanburg County. So on August 12, 2005, Tamika Huston was found. Christopher had marked her grave with a cross made out of sticks. Dental records were used to determine that the body belonged to Tamika. Christopher Hampton was charged with murder and sentenced to life in prison. Police believe Tamika was murdered on May 9, 2004.

What happened to Christopher L. Hampton?

Christopher Lemont Hampton received a life sentence after he confessed to the murder of Tamika Huston.

What evidence was against Chrisppher Hampton?

Christopher was presented with forensic evidence found on his wallet. During which he confessed to the murder of Tamika Huston.

What happened to Tamika Huston?

24-year-old Tamika Huston was reported missing when her family hadn’t heard from her in a month. Police visited her apartment at the request of her family and knew something was wrong when they discovered her dogs left abandoned and starved in a back room. Tamika was murdered by Christopher Hampton and was found on  August 12, 2005, when Christopher led police to the woody area he had buried her.