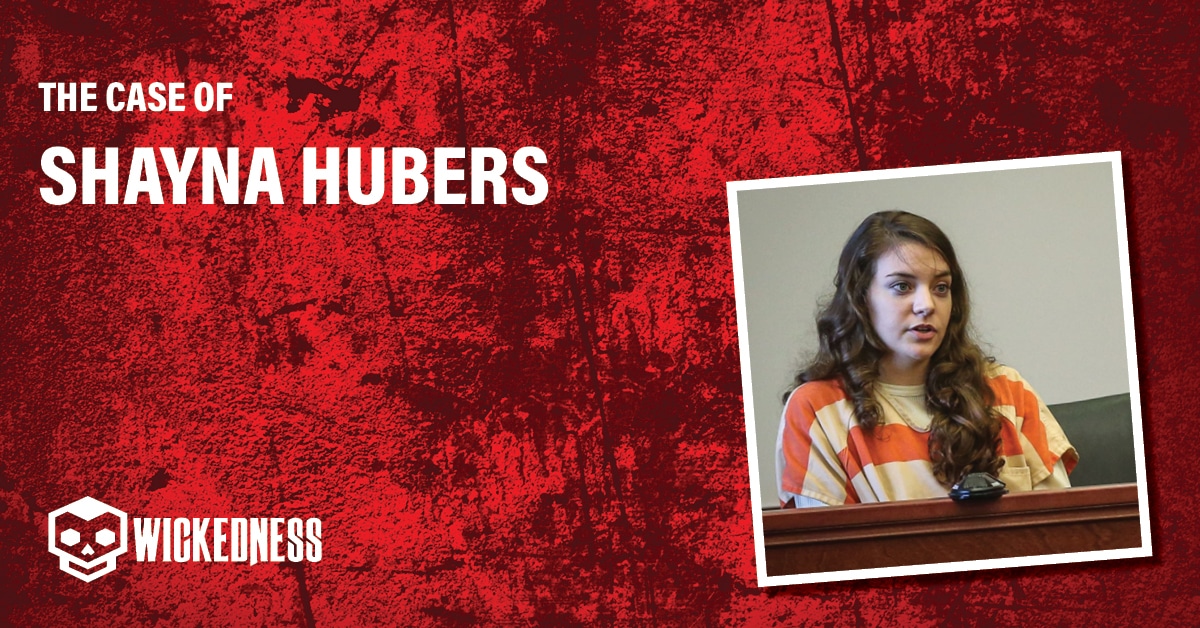 Ryan Poston died at the hands of his own girlfriend. Love, turned to obsession and death.

Who was Ryan Poston?

Ryan Post was a 29-year-old who was born on December 30, 1982. He grew up with his 3 sisters in Fort Mitchell, Kentucky, and also with his parents Jay Poston and Lisa Carter. He is described by his family and friends, as well as his school community, as a very caring and intelligent young man.

Ryan’s background shows him to be a young man who has always been very interested in his school education. He has a bachelor’s degree in geography, political science and history, and later earned his law degree from Northern Kentucky University.

During his entire school career, Ryan proved to be a person concerned about his studies and focused on the career he wanted to pursue.

His law school diploma allowed him to work as an attorney in Cincinnati, Ohio, and to pursue a career that he was passionate about. Once residing in Ohio, he met Shayna Hubers and began dating her. Investigations indicated that although it appeared to be a real relationship, it was full of ups and downs.

The night before his murder, 29-Years-Old Poston told his stepfather that he was ending the relationship with Shayna, and that he already had plans to date Audrey Bolte, who by that time, was Miss Ohio 2012. After 24 hours, Shayna Hubers murdered him by shooting him.

Shayna herself called 911 to report what had happened, saying it was self-defense. But then another disturbing version of what happened was discovered.

Ryan met Shayna in 2011 through Facebook. A cousin of Ryan’s, named Carissa Carslile introduced them and soon after they started dating. From the beginning the relationship was not the most ideal, as many people indicated that during those months, it became contentious due to her insistence on always knowing where he was and with whom.

Ryan and Shayna dated for a year, having a rather rocky relationship. Although she considered him her off-again boyfriend, 29-Year-Old Poston had let her friends and family know the day before her death that he wanted to end the relationship but at the same time he didn’t want to hurt her.

In fact, Ryan already had in mind to start a new relationship with the former Miss Ohio 2012, and had even planned an outdoor dining with her, once he told Shayna that their relationship was over.

Close friends of Ryan’s told ABC News that Ryan was a very noble young man, and put off ending the relationship because he did not want to hurt Shayna’s feelings.

Shayna showed many signs of a possible emotional disturbance, due to her constant appearances at Ryan’s work, and even at his home. It was also learned that she was adding Ryan’s friends on Facebook so she could stalk them and had access to email reads.

On October 12, 2012, the 911 team received a call from Shayna, who claimed she had killed Ryan in self-defense.

After responding to the call, police found Ryan’s body in his apartment.

Just 24 hours after meeting Shayna that night, Ryan had told both his friends and family that he would be ending his relationship with her. Given Shayna’s compulsive and controlling behavior, he knew it would be a very awkward moment.

Like any other encounter, Ryan thought that with a casual dining session he could talk to her and end on good terms.

Many of Poston’s friends said that the 29-year-old was a big fan of guns, in fact, in his apartment, you could see an artillery vest hanging next to his ties and bullets stored in his closet next to it. Poston and Hubers even used to visit a gun range together.

Shortly before his death, both Shayna and Ryan had posted messages on their social media accounts about how bad their relationship was going. And on occasion, Shayna told friends that their love had turned to hate, as she knew the relationship was about to end.

On that fateful October 12, 2012, Shayna and Ryan met at his apartment. Once it became known that he wanted to leave her and was already in a relationship with someone else, she shot him 6 times with one of his guns, many of them in the face, then made a hysterical 911 call claiming that she had killed her abusive boyfriend in self-defense.

During the call she constantly stated that it was self-defense, and when the police arrived on the scene, Shayna Hubers was constantly screaming in despair “I killed my boyfriend”.

When the police arrived, they found Ryan’s body near to the table legs, with a disfigured face due to the gunshots in that area and several blood stains on the furniture, on the floor and on the walls. The police discovered the truly grisly crime scene

Shayna was arrested, stating that she was a victim of domestic abuse and that she did it to protect herself.

After the police arrested her, her arguments became increasingly irrational.

After earning her school diploma as a psychologist, she began a master’s degree in school counseling. Hubers showed herself to her school community as an excellent and outstanding student, with much encouragement to pursue psychology, especially in the school setting.

Although Shayna Hubers was younger than Ryan, she seemed much more enthusiastic. On the outside they looked like the perfect couple, and that they both had a bright future together. He for his part with his school diploma in law, and she with her school diploma in psychology.

However, it was a rather stormy relationship, where he lost interest because of her sometimes somewhat irrational behavior. Many of his close friends described her as obsessive, constantly appearing to Ryan at work, at school or at his apartment without warning.

Sharon Hubers, Shayna’s mother, confessed to ABC News that her daughter was an exemplary young woman and that she never saw such behavior coming. She said she was always very proud of her daughter’s school diploma and the college credit she had achieved.

She would even constantly check Facebook for Ryan’s connections, who he was talking to, check his email inbox, as a sign of her paranoia and erratic behavior, which the police were later able to ascertain during their investigations.

According to CBS News and the police, the conversation Shayna Hubers and Ryan had in her apartment was the breaking point of a tumultuous relationship and a controlling and obsessive behavior by Hubers, which ended with the devastating news of Ryan’s death, in a horrible way.

Once the police arrived at the crime scene, there was no doubt that Shayna Hubers was the only suspect as she herself confessed to committing the crime. Shayna persistently claimed that she shot her boyfriend to protect herself, claiming that she did it in self-defense.

Police investigations led to certain social media posts by Shayna Hubers in which she clearly demonstrated that their relationship was not the best.

While Poston and Hubers were dating, they visited a shooting range, and Shanon wrote a text message to one of her friends that said “when I go to the range with Ryan, I want to turn around, shoot him, kill him and pretend it was an accident.” This was a major red flag to the investigative team, which hinted that this was about more than just self-defense.

However, Shayna’s demeanor during her interrogations changed dramatically.

Probably the pinnacle of Shayna’s testimony to the police was when she told the officers that Ryan was very vain and wanted a nose job. It was recorded in the interview when Hubers calmly told them “Well I shot him right there, I broke his nose, so I gave him the operation he wanted”.

Shayna’s testimony was the beginning of her life in prison, which awaited her once she was transferred to the Campbell County Jail.

Another important moment in the investigation and during the hours of questioning Shayna Hubers, was the moment she was left alone in the room. Hubers suddenly began talking to herself, and even singing a song called Amazing Grace, while dancing.

At one time, while doing her dance moves, she constantly repeated the phrase “I killed him.” This was the main sign of her borderline personality disorder.

With this bizarre behavior, among other nonsense phrases Shayna had told the police, there wasn’t much hope for her. Her life behind bars was just beginning at that point.

Shayna Hubers was a part of two trials, the original trial was mistried because it was revealed that one of the jurors had a criminal record, so it was not a fair trial.

According to Kentucky law, in the event that a person has not been pardoned for a felony conviction and has not had their civil rights restored, they cannot serve on any jury in a murder trial. For this reason, Shayna was granted a new trial date.

Hubers was held in the Campbell County Jail until that time without being able to post bail.

Hubers’ defense attorney argued from the outset that the murder was due to self-defense and that the defendant was pleading not guilty to the charges. He built his case based on Poston being an abusive and violent boyfriend to Shayna.

For their part, prosecutors focused their arguments on Shayna killing him because Poston wanted to end the relationship. Shocking videotapes of Shayna’s interrogations showed important revelations that rendered Shayna’s testimony inconsistent.

Shayna’s murder trial began in April 2005 in Campbell County Circuit Court, where she was found guilty of murdering Ryan Poston.

After several hours of deliberation, on April 23, 2015, the jury found Hubers guilty of the murder of Ryan Poston.

After the verdict, even after the original trial, they moved for a new trial claiming that they did not have the opportunity to present further evidence that the murder was in self-defense and that Shayna was in an abusive relationship and a victim of domestic violence.

As we indicated above, the original trial was overturned because of the juror’s case with a prior record. She was first convicted in 2015 and then appealed in 2016 to a new one held in 2018 during which she received her 2nd conviction and was given a life sentence with an option for parole when she served 20 years.

Both ABC News, and CBS News, are dedicating their breaking news alerts to this case throughout the trial. A case that shocked the school community and dozens of families who could not believe Shayna’s bizarre behavior during her interrogation.

Ryan Post’s death has been one of the most devastating news stories to take place in Campbell Circuit Court.

Shayna Hubers is being held at the Kentucky Correctional Institution for Women, located in Pewee Valley, Kentucky.

How did Ryan Poston die?

Ryan Post was killed by his girlfriend, Shayna Hubers.

Where is Shayna Rubers now?