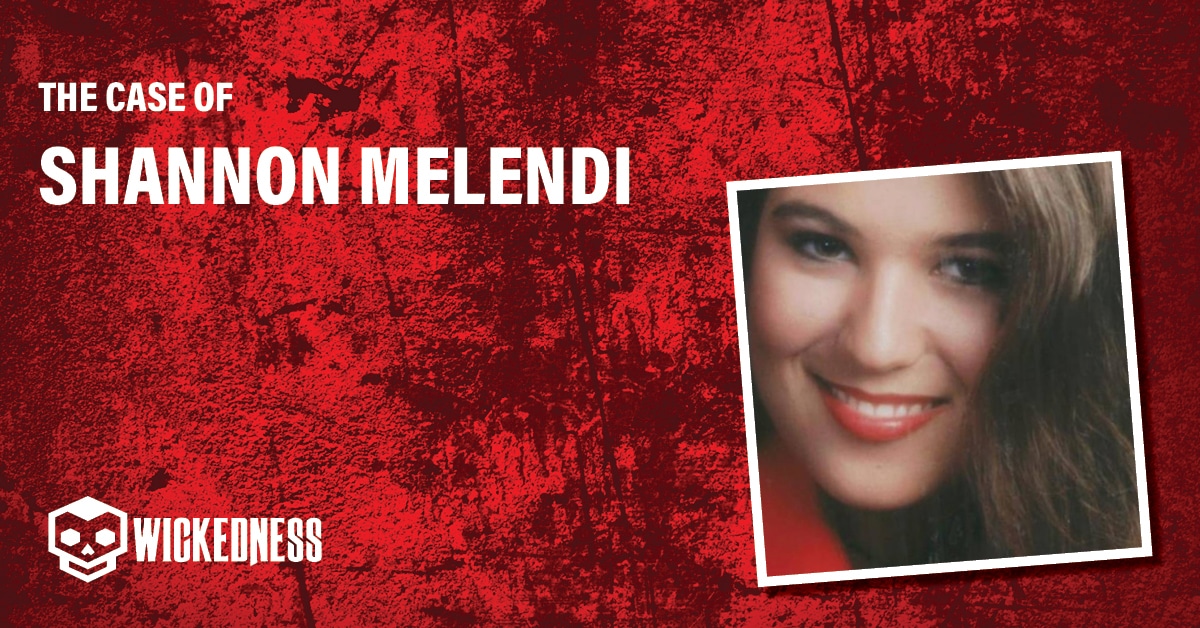 Shannon Melendi made headlines in March 1994 after she vanished from a softball game in Atlanta. The remains of the 19-year-old girl were never found, and it wasn’t until 12 years later that someone confessed to her abduction, rape, and murder.

Colvin “Butch” Hinton III worked full-time for Delta Airlines and part-time as an umpire at a softball club in Atlanta, Georgia. While working with Shannon Melendi, Hinton constantly flirted with her. The softball club’s management had to give him an official warning.

Shannon Melendi was last seen alive on March 26, 1994. She was keeping score for an afternoon softball game that Saturday before she disappeared from a gas station parking lot in Atlanta. Shannon would usually get a soft drink during the break in the game. This time she never came back.

Shannon was reported missing, and the search began. Three days after she disappeared, the police received a phone call from an unknown man. He taunted them, saying he had Shannon Melendi and would give her back when he was done with her. Emory University received another anonymous phone call in early April from a man claiming he was the one who had Shannon. Police officers traced the call to a payphone and found one of Shannon’s rings. It was inside a cloth bag, wrapped in masking tape. Investigators traced the bag to its manufacturer, who said the only customer they had in Georgia was Delta Airlines. The tape was also traced back to Delta. Inside the bag, officers found traces of cobalt. An aeronautical scientist concluded it was from an aircraft manufacturer or aircraft repair. Hinton did maintenance for Delta Airlines at the time.

Colvin Hinton had an extensive criminal record of violence and assaults on women. He was a sexual predator who appeared to be a church-going family man. Hinton had a history of abduction, assault, and rape. He once went to his employer’s home and assaulted her. When Hinton attempted to tie her up with rope, she begged him to let her go and promised not to tell anyone if he left. He did. She called the police as soon as Hinton was gone. He was tried as a juvenile and was given mental health treatment. In another instance, Hinton abducted a 14-year-old girl. He took her to his basement, restrained her, and molested her. She escaped when his first wife walked in on them. He served time in prison for kidnapping and indecent activities with a minor. Hinton was suspected of murdering Shannon, but it took almost ten years to prove him guilty.

With his history, Hinton quickly became the primary suspect in Shannon Melendi’s case. It didn’t help that he set his house on fire after the police searched it for evidence. After trying to collect on the home insurance policy, he served time for arson and fraud. While in prison, multiple inmates told the police that Hinton had told them details about Shannon’s abduction. The police believed this new evidence of Hinton’s alleged confessions to the other inmates was enough to arrest him. When he was released from his previous arson and fraud sentence, he was again arrested and charged with Shannon Melendi’s murder.

The Prosecution had a compelling case. During Hinton’s trial, experts testified that some of his co-workers at Delta Airlines claimed to have heard him talk about being involved in a homicide. Hinton lost his job shortly after.

He worked as an umpire at the same game where Shannon was keeping score. There were multiple complaints about him that day. The players said Hinton wasn’t doing his job and instead was trying to talk to Shannon. He was supposed to work all day, but he called his supervisor the day before and requested the afternoon off. Hinton said his sister-in-law was in the hospital, and she needed him to watch her children. However, he had other plans. Hinton found out his wife would be out of town and mentioned to someone when he was leaving the softball field that he was going on a date. Hinton left the same time Melendi did, but only one of them returned.

A witness testified that when Hinton came back to the softball club, he said he was there to turn in a payslip, but he didn’t have one with him. He did, however, change his clothes while he was there. When the FBI questioned Hinton about where he was that day, he left out he had returned to the club. He asked the witness not to mention that he was there because it did not match what he told the FBI.

Later that night, Hinton was seen having a bonfire. When police searched his home, they found three buried fire pits in his yard. Inside one of the pits were wire ties that could have been used to bind someone’s wrists and ankles. Hinton had also asked to borrow a bow saw from his father that day.

Adonis Cornwell was a fellow inmate who shared a cell with Hinton. He said he woke up one night to someone screaming. It was Hinton. He was crying and told Cornwell that the demon inside him made him do it.

Multiple other people testified at Hinton’s trial about suspicious occurrences. Curtis O’Neal had told Hinton that he knew someone convicted of murder even though the body was never found. Hinton asked him how to investigate those kinds of cases. Allen Howell testified that Hinton mentioned he was worried he would be suspected of killing Shannon Melendi because he left his scorebook inside her car. Johnny Pleasants also testified that once he mentioned to Hinton that gambling was his weakness. Hinton replied and said that young girls were his downfall.

The Prosecution did not try for the death penalty, so Butch Hinton was sentenced to life in prison. At first, he maintained his innocence and filed several appeals. After the last one was denied, Hinton admitted to Melendi’s murder. According to Hinton, he asked Shannon if she wanted to get lunch that day. She said yes, and they went to Burger King. Hinton asked Shannon to drive his car back. During the drive, he pulled out a knife and held it to her throat, and told her to go to his house. He raped the teenager twice and kept her there for 12 hours. In his confession, he told prosecutors that Shannon Melendi was cooperative and calm; she didn’t try to fight him. Hinton told Shanon that he would let her go. However, he decided to kill her and strangled her with a necktie. He admitted that he burned Melendi’s body and then took his wife out to dinner after, where he gave her one of Melendi’s rings. However, the guilt became overwhelming, and he became paranoid about getting caught. He said he was the one who anonymously called the police and the university and left the ring in the phone booth to be found. To this day, the remains of Shannon Melendi have never been located.

Where is Butch Hinton now?

61-year-old Colvin “Butch” Hinton III is serving a life sentence at the Hays State Prison in Chattooga County, Georgia. Hinton was eligible for parole in 2012, but it was denied. He was again denied parole in 2020 and will be up for consideration in 2025.

Who was Shannon Melendi?

Colvin “Butch” Hinton abducted 19-year-old Shannon Melendi from the softball club where they worked together. He raped her multiple times before strangling her. Shannon had big plans for the future. She wanted to join the Navy, earn a law degree, and work her way up to the Supreme Court. She was class president her junior and senior years, captain of the debate team, and was a member of the soccer team.