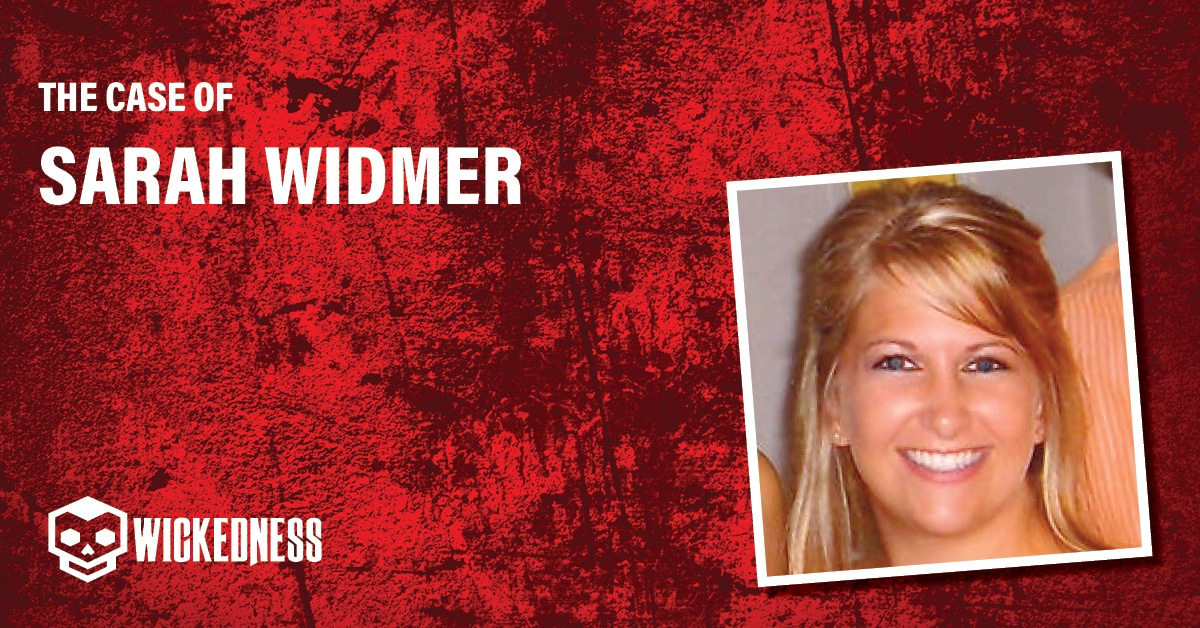 Sarah Widmer and Ryan Widmer were just four months into their marriage when Sarah drowned in the master bath. So why didn’t Ryan react in the way you would expect for someone who just lost their wife?

Twenty-four-year-old Sarah Widmer worked as a dental hygienist at a dental practice in Fort Thomas, Kentucky, United States, and twenty-seven-year-old Ryan was a sports planner.

Ryan and Sarah Widmer met through mutual friends who set them up on a blind date at the pub. The pair immediately connected and decided to buy a house together after some time of dating. They got married. Sarah and Ryan Widmer appeared very much in love they were making plans for a future together. Even working on getting a new puppy together. The newlyweds traveled to Costa Rica for their honeymoon and were in the midst of making plans for a vacation in Cancun.

On the night of the 11th of August 2008, Sarah Widmer and Ryan came home from work to have dinner together and watch TV. The pair still very much newlyweds had only been married for 4 months. They watched a few of Sarah’s favorite shows before compromising and switching the TV over to the football game for Ryan. Ryan then said that Sarah headed upstairs to take a bath before getting ready for bed and asked him to ensure all the doors were locked before also heading upstairs for bed. She walked upstairs after they both said, “I love you.”

Ryan replied, ” My wife fell asleep in the bathtub and I think she is dead.”

Peter Heit did an analysis of the words used during Ryan’s 911 call, not the tone he used or behavior but the words he used in response. Ryan’s initial response was his opinion on what happened to her. He concludes that she fell asleep and she is dead. Not asking for help.

Note his level of priority. Number 1  she fell asleep in the bathtub, number 2 I think she’s dead.

The operator asked Ryan if he had attempted CPR. He said, “yes, as much as I could the little bit I know.”

This is interesting as he hasn’t taken her out of the tub yet. He said she was facedown in the tub and he only just drained it. Peter also noted that he is giving a reason as to why his CPR wouldn’t work rather than saying no can you help me.

Ryan then puts the phone down and gets his wife out of the bathtub and places her on a flat surface as directed by the 911 operator. The operator then told him to continue trying CPR.  It took only 29 seconds for Ryan to drain the tub.

The police arrived at the house within 6 minutes of making the call. They found Sarah lying naked on the bedroom floor. They were surprised to find her body was warm and dry, only her hair was wet. It had only been 6 minutes since Ryan had called 911, drained the bath, and pulled her out so how did her body dry that quickly?

They attempted CPR and noticed a pinkish-white, frothy discharge from her mouth and nose. A sign that is consistent with drowning. The paramedics arrived and tried multiple times to intubate Sarah, and although the sixth attempt was successful, it was too late. That night Sarah was pronounced dead.

Police searched the Widmer house. They found the bathroom floor, mat, and towel were dry. They looked around the house for a wet towel as they were still suspicious of why Sarah’s body was dry. They didn’t find a wet towel anywhere. The only water visible at the house was some drops around the drain. If he had pulled his wife out of the bathtub, how was the floor and floor mat completely dry?

Police also found bloodstains on the carpet of the bedroom. Sarah had been lying on the bedroom floor when the police arrived.

Coroner Russel Uptegrove performed an autopsy, and it was determined that Sarah’s death was by drowning. There was also faint bruising to the right side of Sarah’s forehead and a petechial hemorrhage on the inner surface of her eyelid, bruising on the left side of her neck, a discoloration on the back of her neck, an abrasion on her left armpit and bruising and lacerations to her upper lip. Doctor Russel ruled that Sarah’s death was a homicide meaning she was murdered. He also ruled that these injuries occurred before she had died and were not due to any CPR attempts.

Toxicology reports confirmed that she had no drugs or alcohol in her system.

On the 13th of August, just two days after the bathtub drowning, Ryan was arrested and charged with aggravated murder. The scene and the injuries along with the wording in the 911 call were enough to prove that Ryan killed Sarah. The bathroom and her body should have been wet if he had pulled her from the tub.

Experts also explained that it is nearly impossible for someone to drown in a bathtub without the use of alcohol or drugs. If someone was to fall asleep in the bathtub there are multiple stimuli that would have woken that person up. Firstly the water splashed on the face, second the gag reflex, and lastly the lack of oxygen.

Ryans’ trial took place in May 2010. The jury could not reach a verdict, and a mistrial was declared.

In January 2011, his third trial began 4 years after the murder.  But this time, there was new evidence.

At this third trial, the defense brought in coworkers of Sarah. They said she would often complain about stomach pains and headaches. And that she would also fall asleep in her car before work and on lunch breaks. They also testified that the day she died she was complaining of a headache at work.

However, the biggest change in this trial was evidence provided by Jennifer Crew. Jennifer Crew contacted Ryan when he was in prison. According to Jennifer, on the 26th of October 2009, at 11.06 pm, Ryan called her saying, “I did it. I did it. I killed Sarah. I did it”.

Jennifer testified that Ryan told her they were arguing in the lounge room. They argued about his cheating, drinking, smoking, and pornography habits. The argument continued upstairs, where Sarah told him the marriage was over. As a result, Ryan became physical. She also mentioned that Ryan had said he had blacked out and then Sarah Widmer was on the floor with wet hair.

Ryan was found guilty and sentenced to 15 years to life in prison. One of the Jurors stated that it was Ryan’s behavior that ultimately swayed them to believe he was guilty. When the autopsy photos were displayed in court, Ryan did not react.

What happened to Sarah Widmer?

Sarah Widmer drowned at the hands of her husband Ryan Widmer. It was referred to as the bathtub drowning.

How long did Ryan Widmer get?

Ryan was sentenced to 15 years to life in prison.

What made police suspicious of Ryan Widmer?

When the police arrived 5 minutes after Ryan’s 911 call Sarah Widmer was lying on the bedroom floor. Her body was warm and dry but her hair was wet. This made police suspicious.