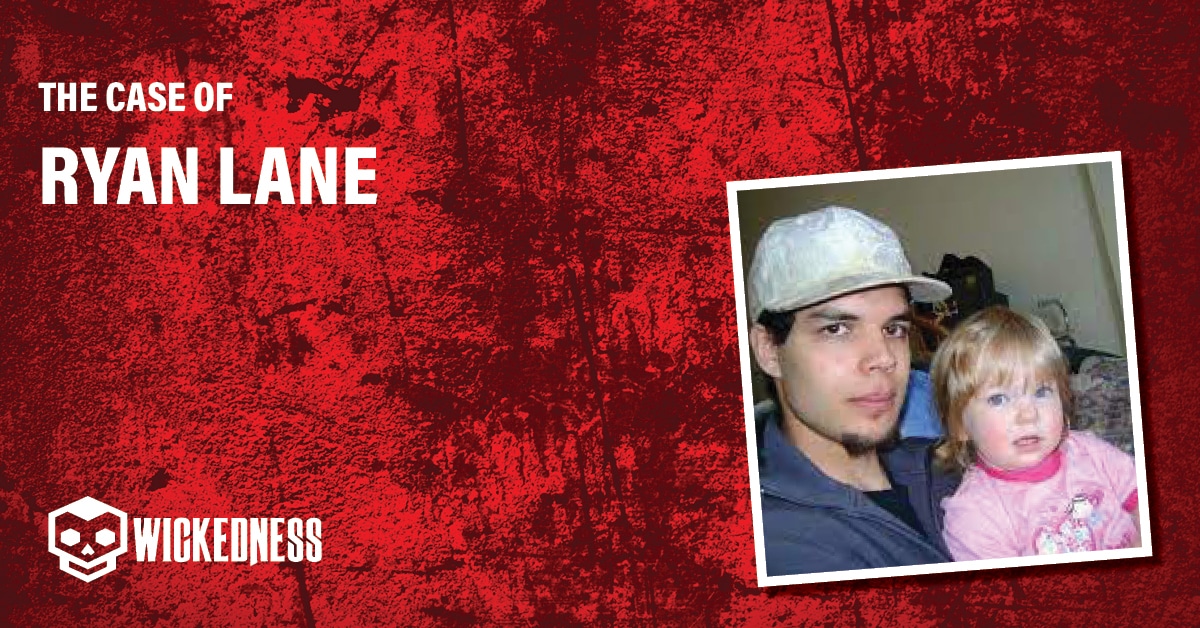 Who was Ryan Lane?

At the time of his disappearance, Ryan was 24 years old and living with his father in Calgary, Alberta. He had moved in with his dad a few years before due to ending a long-term relationship with Sheena Cuthill. Ryan and Sheena had a four-year-old daughter together named Jordan. Unfortunately, Ryan didn’t get to see Jordan very much. However, he did have an upcoming visit with her. A plan he was very excited about.

After going their separate ways, Sheena moved on and married Timothy Rempel. However, Tim and Sheena were unwilling to share visitation rights with Jordan with Ryan.

Despite not getting to spend much time with his daughter Jordan, Ryan was described by his friends as an amazing father. They said he would always talk about Jordan and would often show them pictures of her. They also described him as an amazing friend who would never go more than a few days without talking to someone.

The Disappearance of Ryan Lane

Sheena Cuthill had full-time custody of their 4-year-old daughter Jordan. However, Ryan recently won a family court judgment that allowed him visitation rights to see his daughter. On February 6, 2012, he met with Sheena and Jordan at a local pizza restaurant to discuss the details of the visitation agreement. The three of them spent 2 hours at the restaurant. Following the visit, Ryan posted several photos of himself and Jordan online. Ryan had no idea this would be the last time he would see his daughter.

At 11:47 pm that same day, Ryan received a phone call from a mysterious person saying they would help him get custody of his daughter. Desperate to spend time with his daughter, Ryan informed his father, Bruce Lane, and then went to meet up with the mysterious caller. Bruce followed his son to the set location, concerned about the mysterious agreement. Just over an hour later, Bruce called 911, saying his son had been kidnapped.

Bruce followed Ryan to a local restaurant. At the restaurant, Ryan got out and walked over to a red GMC pickup truck with wood loaded in the back. He got into the vehicle. Unfortunately, this was the last time Ryan was ever seen alive.

After some time had passed and Bruce hadn’t heard from his son, he began trying to call him. No response. So just over an hour after he last saw his son, Bruce called 911 to inform them that Ryan Lane had been kidnapped.

Investigators opened the case and searched for Ryan Lane early that morning. First, they went to the restaurant where Bruce last saw Ryan hoping to obtain some surveillance footage; however, the restaurant did not have cameras.

Following this, police obtained Ryan’s cellphone records. They were hoping to determine who the mysterious caller was. The phone number turned out to be a payphone from a nearby gas station. Police went to the gas station to obtain surveillance footage, but they, unfortunately, had to wait days to get access since the footage had to go through a central server.

Upon receiving the footage, investigators learned that the cameras did not overlook the pay phone. Fortunately, Bruce provided them with a description of the vehicle he saw Ryan entering. The red pickup truck. The footage showed this truck driving into the parking lot fifteen minutes before the phone call. However, the vehicle wasn’t alone. A red Jeep was also seen entering at the same time. Both vehicles also left around midnight, going in the same direction. Although the footage from the camera was too blurry to see the drivers, they could determine the number plate of the Jeep. The Jeep was registered to Sheena Cuthill, Ryan’s ex-girlfriend.

Police Now Had a Suspect

Upon learning this information Police when to speak to Sheena. When talking to Sheena, they asked her if she usually drove the Jeep, to which she informed police that her husband Tim drove that vehicle. Additionally, she showed the police the car she drove in her driveway.

Next, the police spoke to Tim. Tim confirmed that he drove the red Jeep but also stated that he was at home with Sheena the night Ryan went missing.

Investigators didn’t take long to discover that Tim’s brother Will Rempel drove a red pickup truck. The gas station surveillance footage saw the same truck alongside the Jeep. Police went to speak with Will. Upon speaking with Will, they learned that he had sold the truck for $150. When asked what Will was doing the night Ryan disappeared, he told investigators that he was sick and spent the whole day at home.

A search warrant was issued for Will Remple’s home. Upon searching his home, investigators discovered a receipt for a car wash, so police drove to the car wash to look for surveillance footage.

From the car wash, investigators learned that Will Rempel had washed his car there on February 7, the day after Ryan went missing. The surveillance footage showed that not only did Will wash the outside of the truck, but he also opened the passenger and driver side doors and sprayed the inside of his car for a long time.

They also tracked down Will’s truck to perform forensic testing. Inside the truck, on the door frame, investigators noticed blood. The blood belonged to Ryan Lane.

Using Ryan and Tim’s cellphone records, Investigators were led to a deserted 11,000-acre area. Then, in November 2012, they found something after searching the site for two weeks. A cadaver dog had led them to a gravel pit where police found bones buried under ash and gravel. The bones were identified as human remains by a pathologist. Inside the pit, they also discovered Ryan’s class ring with his name on it.

On April 20, 2016, Sheena Cuthill, her husband Tim Rempel, and Tim’s brother, Will Rempel, were convicted of first-degree murder. They believed they killed Ryan after he began fighting for visits with his daughter Jordan.

During the trial, surveillance video was shown as evidence. The footage showed vehicles owned by Will Rempel and Tim Rempel at the location where Ryan was last seen. Will was later caught on tape cleaning his truck. Ryan Lane’s DNA was found in Will’s truck and Tim’s Jeep.

Sheena Cuthill, Tim Rempel, and Will Rempel were sentenced to life in prison without the possibility of parole for 25 years for the murder of Ryan Lane. Sheena Cuthill was the puppet master and planned the murder. Will and Tim Rempel kidnapped, killed, and drove him to the remote area where they burned his body.

A. Unfortunately, with her father murdered and her mother convicted of the murder, 4-year-old Jordan was left without a mother or a father. Given Jordan’s young age, she has been kept from public view and is being cared for by the Lane family.

Q. Who is Jordan?

A. Jordan is Ryan Lane’s daughter. She was born in 2007 to Ryan and his girlfriend, Sheena Cuthill. Unfortunately, she was just four when her father was murdered, and her mother was sentenced to life in prison.