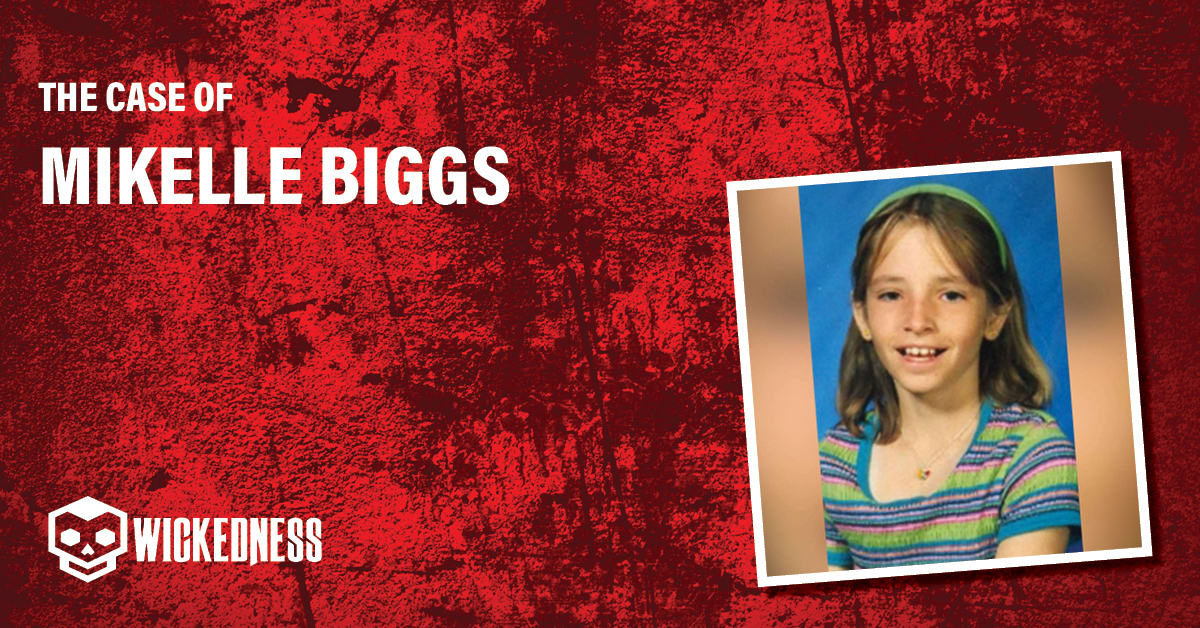 Mikelle Diane Biggs was born on May 31, 1987. She and her family lived in a seemingly peaceful neighborhood in Mesa, Arizona. Mikelle Biggs was the eldest of Biggs’ four children. In an interview with CBS, her sister Kimber described Mikelle as a student who had a vision for drawing. Mikelle aspired to become an animator for Disney when she grew up. In addition, she was very musically gifted and played the clarinet. Her parents were proud of her and they hoped that Mikelle could have done great things. She was a nice student in a school and a smart girl. She studied in 6th grade. On that fateful day of her missing, she was 11 years old.

Mikelle Biggs was last seen near her home in Mesa, Arizona. 23 years ago, on January 2, 1999, Mikelle was kidnapped. Two sisters were playing with a new Kimber Biggs bicycle in their neighborhood near Southern Avenue and Gilbert Road. It was almost dusk, and the streets were mostly empty. Only Biggs sisters were on the streets. Kimber and Mikelle were waiting for an ice cream truck. 11-year-old Mikelle Biggs heard the sound of an ice cream truck. The truck arrived near Toltec Street and El Moro Avenue at about 4 p.m. The girls waited outside until the truck arrived. Kimber began to be disappointed. Kimber told her sister she was cold. Arizona stays warm all year round, it gets cold in the winter. She told Mikelle that she was going to get a jacket and went to their house, which was only a few steps away. Kimber told Mikelle that she was going to go for her coat and would be there immediately. That was the last time Kimber saw her sister. When Kimber returned home, their mother, Tracy Biggs, told Kimber to take her older sister. When Kimber returned, Mikelle was gone. Less than two minutes passed. Michelle’s bicycle was found abandoned near the street where it was standing. New Kimber’s bicycle was lying on the ground. The tire was still spinning. Kimber picked up her bike and shouted her sister’s name. She hoped that Mikelle would come out. Then Kimber returned home and told her mother that she could not find Mikelle where she had last seen her. Mikelle was last seen wearing bell-bottom jeans, a red T-shirt with her school name engraved on it, and necklaces with small embellishments.

The search for Mikelle Biggs

Tracy asked Kimber to go check on their neighbors, the Millers, and family friends. However, when Kimber knocked on the Miller’s door, Mikelle was not there either. At this point, the oldest Miller’s son joined Kimber in searching for Mikelle. Soon they came to the point Kimber had last seen her. The boy told Kimber to inform her mother that she could not find her sister. Those were the last known whereabouts of Mikelle. Kimber told the police that in just thirty minutes, so many people showed up looking for Mikelle. There were no witnesses and no one even heard anything about Mikelle. A mass search began with police cleaning garbage cans. They knocked on the doors of several houses and questioned neighbors. There seemed to be no witnesses at the time Mikell disappeared. Detectives worked closely with Kimber to track her on a cold January day to find out how long Kimber had left her sister. It took about 90 seconds for Kimber to return from their family house to her sister.

The search and investigation continued. Police named their first suspect, Mikelle Biggs’ father, Darien Biggs. Police found that Darien’s allegations about his whereabouts at the time of his daughter’s alleged disappearance were false. Darien claimed he was at work when his wife called him to say Mikelle was gone. It turned out later that Darien was at his friend’s house. It was cleared fairly quickly, but it still aroused people’s suspicions. He was described as lonely, and it seemed that he was judged only on this basis.

He failed a voluntary lie detector test. However, according to investigators, the results may have fluctuated due to Darien’s emotional state at the moment. He lost his daughter. Darien was excluded as a suspect after a year of observation. Police then turned their attention to another neighbor who had a criminal record, including charges of sex crimes and child abuse. Dee Blalock was on the radar when he was arrested for beating and raping another woman who was living near.

This woman survived after the attack and understand that Blalock could be responsible for the disappearance of Mikelle. She told Tracy Biggs about her thoughts. She was so sure of her suspicion that she even offered to drop the charges of attacking Blalock if he confessed to Mikelle. The Biggs’ parents then sent Blalock numerous letters to one of Arizona’s high-security prisons. Then they met with him to find out where is the truth. However, Blalock denied these allegations and insisted on his innocence. The Mikelle family believes Dee Blalock abducted her. He was a convicted sex offender who lived two blocks from Mikell’s home at the time of her disappearance. His wife claimed he spent the night in their garage, but he is still a suspect. Blalock is currently serving 15 years in prison for charges unrelated to Mikelle’s case. 2004 was the fifth anniversary of Mikell’s disappearance. Biggs’s family held a funeral service with an empty casket for Mikelle. After five years she was considered to be dead. This was a white box, topped with Mikell’s favorite purple flowers. The Mesa Police Department named the search for the missing Mikelle one of the most costly investigations.

In 2018, a new hope seemed to be for the Biggs family. A one-dollar bill with mysterious writings appeared in Wisconsin. It was said: “My name is Mikelle Biggs, kidnapped from Messi, I’m alive.” It disappointed investigators. They continued actively looking for Mikelle. However, Mikelle’s name was misspelled, combined with a 2009 note and handwriting. As the years passed and leads dried up, the case went cold. As Mikelle is still missing twenty years later, the case remains unsolved.

Did they ever find Mikelle Biggs?

Mikelle Biggs disappeared from near her home in Mesa, Arizona, in early January 1999, and she remains missing to this day.

Mikelle’s family believe Dee Blalock, a convicted sex offender who lived two blocks away from the Mikelle home at the time of her disappearance, abducted her.