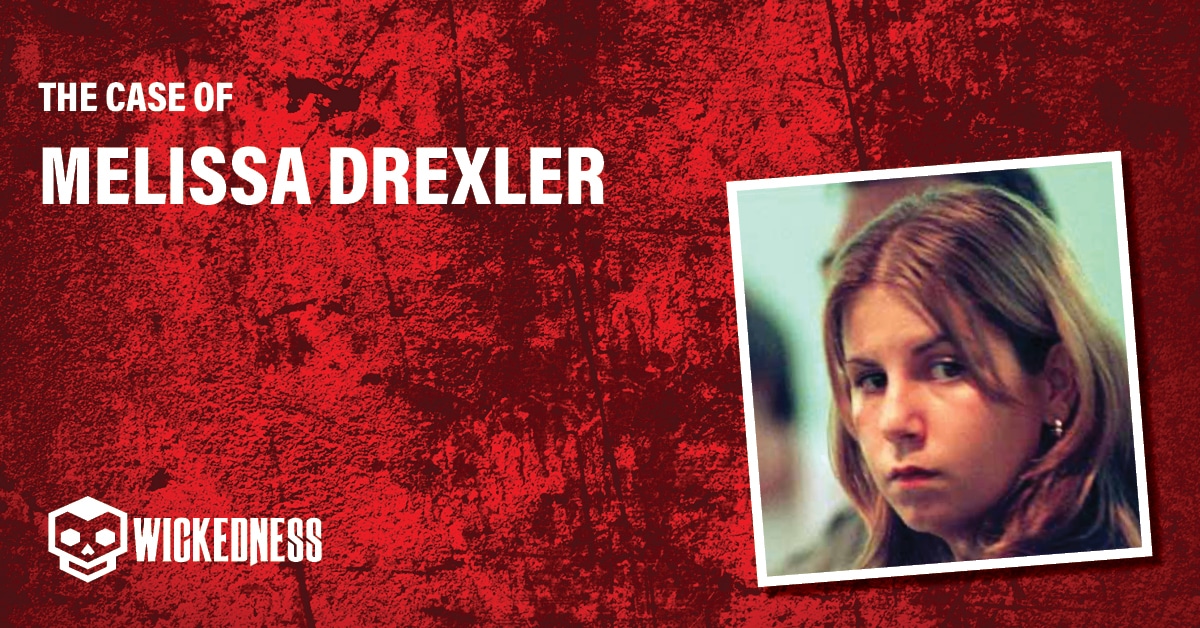 Melissa Drexler was born on April 25, 1978, in Forked River, New Jersey, USA. She was from a close-knit, middle-class family. Like her parents she was a catholic, they were religious. Her mother worked in the local bank, and her father worked in an important shipping company as a clerk. Her childhood took place in her hometown, New Jersey. As only one child, her parents took care of her. She was joy and pride for them. Melissa had not many friends, just a few female friends. She was not popular but had a boyfriend for a couple of years. She was sweet and that kind of person who would do anything for them, her friends said. She liked club music and liked to hang out with her friends. That summer, she graduated from Lacey Township High School in the Lanoka Harbor section of Lacey Township, New Jersey. Melissa Drexler had a summer job at a retail store at the local beach. Meanwhile, she was taking classes at a vocation school. She was really into fashion and planned her career in the fashion industry. She wanted to continue her education at a community college as a fashion designer.

Melissa Drexler births and murders her son on a toilet

After graduation from Lacey Township High School in 1996, the class was going to celebrate. They decided to gather for the senior prom. Nine months earlier, she became pregnant with her boyfriend, John Lewis. However, she decided to keep her pregnancy a secret from anyone, including her boyfriend and her family. She showed no signs of her condition. It is can be explained by her weighing 130 pounds, and five foot seven inches tall. The school prom was scheduled in the Aberdeen Township Banquet Hall on June 6, 1996. She had been in labor all day. Melissa knew she was pregnant. Her waters broke in the morning. Later she suffered from convulsions on the way to the banquet hall. When the girls asked if she is all right, she said “I am okay.” Shortly after arriving for prom, Melissa told her friends she was sick and went to the bathroom stall. Melissa Drexler told her friend, “Go and tell the boys I’m leaving immediately.” Other girls who were using the girls’ bathroom at the time reported strange noises coming from Melissa’s booth. She gave birth to a son in about 20 – 30 minutes. She took the child out of the toilet, put him in a plastic bag, and threw him in the trash. The baby, born alive, suffocated. It is believed that she tore off the umbilical cord at the jagged edge of the sanitary napkin dispenser. According to the prosecutor, a friend asked if she was all right, and she replied: “I will finish soon. Go tell the boys we will be out right away.” Then she suddenly returned to the dance floor, ate a salad, and danced with her boyfriend one dance. Drexler asked the DJ to play Metallica’s song “Unforgiven”. When Drexler and her friends were asked by teachers about the blood in the bathroom, she replied that she had a heavy menstrual flow.

There were signs in the school bathroom that something was seriously wrong. There was blood on the toilet door and on the floor. The school janitor responded to complaints about the blood in the bathroom and went to clean up the blood. When the janitor went to clean the garbage bag, he noticed that the weight of the bag was unusual. He found a newborn boy who did not respond and called for help.

Ambulance workers tried to resuscitate the baby boy for more than two hours. They named him Christopher. But he was dead. Teachers who found blood realized that one of their students had given birth. They began questioning the girls on the dance floor. Many girls told teachers that Melissa had been in the bathroom for a long time and then there was blood. Melissa first told the teachers that she had a very heavy menstrual period, but soon after the baby’s body had been found, Melissa confessed that it was her baby. She confessed that she gave him birth. That night she was arrested. The police charged her with the murder. The murder of her newborn baby boy.

Initially, the Monmouth County Attorney’s Office charged Drexler with murder. Dr. Jay Peacock was a medical expert at the time and conducted an autopsy on Melissa’s newborn child. Dr. Peacock could not determine if the baby was alive or dead when she put the baby in the trashcan, but he was sure the baby was born alive. The child suffocated from the obstruction of the airways. When the hearing took place in the courtroom of Judge Riccardi, an army of television trucks and journalists surrounded the courthouse. Photographers were stationed at all entrances, hoping to photograph Ms. Drexler as she entered or left the courthouse.

In addition to the 30-year murder charge, 18-year-old Melissa Drexler was charged with endangering the welfare of a child, a second-degree crime in New Jersey with a sentence of 5 to 10 years. Investigators said that it was unlikely to require the death penalty because of Miss Drexler’s age, no convictions, and what they called “stress and extreme emotional distress” at birth. Melissa Drexler was crying and apologetic and pleaded guilty to aggravated manslaughter on October 29, 1998. As part of a plea deal that reduced her initial murder charge to manslaughter, Melissa pleaded guilty and was sentenced to 15 years in prison. Under New Jersey law, Ms. Drexler typically had to serve at least five years before being eligible for parole. But it said she could only serve 35 months and leave for good behavior. During imprisonment, Melissa Drexler took a fashion course and hoped to work in the fashion industry. She served a short term and was released early for good behavior. She served only three years and one month. It was on November 11, 2001. Melissa Drexler was 23 years old. She returned home to live with her parents. As it is known, she married and gave birth of two.

Where is Melissa Drexler now?

On release from prison Melissa returned to live with her parents. She is now a married woman with two children of her own.

What happened to the prom Mom?

Drexler was sentenced to 15 years in prison but released on parole after serving three years behind bars.