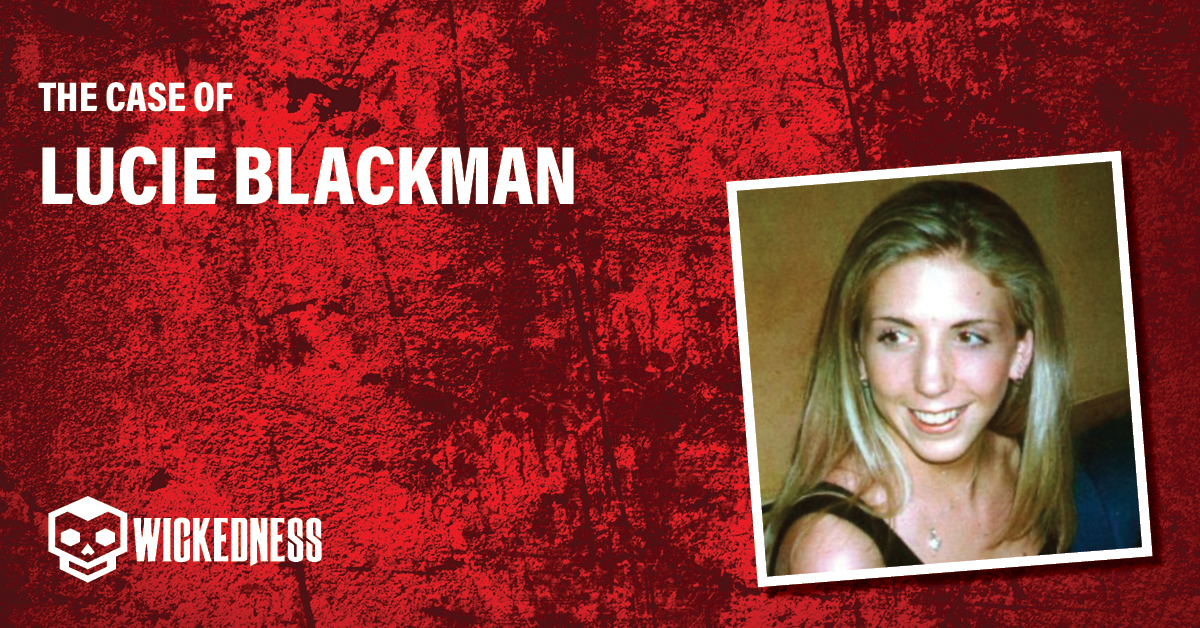 On 1 July 2000, Lucie went on a paid date with a customer. This was part of her job as a hostess in Tokyo. No one ever heard from Lucie after 1 July. 6 months later, her body was found dismembered and encased in concrete in a seaside cave. It would take almost 8 years for her murderer to be convicted.

Lucie Jane Blackman was born on 1 September 1978 and she lived in Kent, England. Lucie had previously worked as a flight attendant for British Airways but she ended up moving to Japan and working as a hostess in May 2000. She was 21 years old. Her main reasons behind the move were her desire to see more of the world and earn enough money to repay her debts. Upon arriving Lucie told her father, Tim Blackman “l’ll be fine and that she would be working in a bar and staying in her friend’s aunt’s flat They’d get cheap tickets courtesy of her old employers, BA, and be in and out of Japan on a 90-day tourist visa.

In Tokyo, Lucie worked at the nightclub Casablanca as a bar hostess or Dōhans. Dōhans are paid dates that hostesses go on as a way to engage with the club’s male customers. It is a common practice in East Asian nations but any touching or sexually inappropriate behaviour by the men is not allowed. The girls can best be likened to ‘platonic girlfriends’ who offer company and entertainment. This is not prostitution. Lucie was a beautiful girl with naturally blonde hair and a sophistication about her. This meant she was very popular with male clientele.

On July 1st 2000, Lucie went on one of these paid dates with a customer of the nightclub she worked at. Lucie was never seen alive again.After Lucie ceased all communication, her father Tim Blackman and her sister Sophie Blackman flew to Tokyo to find out what had happened to her. Lucie’s case began popping up in the headlines on 13 July, after British prime minister Tony Blair brought the case up on an official visit to Japan. British expatriates manned an information hotline and an anonymous business offered £100 000 which funded a reward for information into Lucie’s disappearance. The media coverage is exactly what the case needed and it lead to three foreign women coming forward with disturbing accounts of waking up feeling sore and ill in a man’s bed with no recollection of the previous nights events. The man they had all encountered was Joji Obara, though he had given them the names Kazu, Yuji or Koji.

Joji Obara was born on 10 August 1952 in Korea. His parents were originally poor but Joji’s father ended up becoming a very wealthy Japanese businessman. Joji was sent to top private schools and had every opportunity to be successful like his father. Unfortunately, his father passed away when Joji was just 17 years old which meant that the teenager inherited his father’s properties. Joji went on to get degrees in law and politics and he became a naturalised Japanese citizen. Everything came crashing down for Joji when the 1990s recession hit. He developed a drug problem and reportedly was fixated with western women. Joji began to drug, abduct, and rape women of both Japanese and Western backgrounds. These attacks were videotaped and it was estimated that Joji was responsible for raping between 150 to 400 women. Several women had reported him to police over the years but they were ignored.

On 9 February 2001, Lucie’s body was discovered in a shallow grave under a bathtub in a seaside cave at Miura, Kanagawa. The gravesite was only a short walk from Joji’s apartment. Lucie’s boy had been dismembered and the 10 separate pieces had been placed into separate bags. Her head had also been shaved before the body parts were encased in concrete. The level of decomposition meant that Lucie’s cause of death could not be determined. It is believed that Joji drugged Lucie before he raped and murdered her. Joji denied all of this.

In October 2000, Joji Obara was charged with Lucie’s drugging, rape, and murder, along with the rape of eight other women and the manslaughter of Carita Ridgeway. Carita was an Australian model who died in 1992. She too was working as a hostess in Tokyo at the time. Joji drugged Carita which resulted in “chloroform-related” liver failure and brain death. Despite Joji being the one who dropped her off at the hospital, he was never investigated for her death. When investigating Lucie’s death, police uncovered a diary entry of Joji’s that read “Carita Ridgway, too much chloroform,” along with a video recording  of the rape. Joji’s trial started on 4 July 2001. A verdict was reached on 24 April 2007 and Joji was found guilty of multiple rape charges and the manslaughter of Carita. He was, however, acquitted of Lucie’s charges as there was a “lack of direct evidence”. This was mainly due to the fact that Lucie’s cause of death could not be determined.

The verdict regarding Lucie’s death was appealed and Joji Obara was then found guilty on 25 March 2008. Obara later appealed this but his life sentence was upheld by the Supreme Court of Japan. Lucie Blackman’s ashes were flown back to the UK and she was buried in Kent on 23 March 2005. Joji Obara remains behind bars to this day for her horrific murder.

Blood money: An offer of condolence

In Japanese culture it is acceptable to offer money as condolence.

Mrs Steare (Lucie’s mother and estranged wife to Tim Blackman) has publicly accused Mr Blackman of undermining the case and accepting “blood money” of £450,000 from a friend of the accused.

Is Joji Obara in jail?

Yes, Joji Obara is serving a life sentence in person.

Who was Lucy Blackman?

Lucie Blackman was an English woman who was murdered while working as a hostess in Tokyo. Serial rapist Joji Obara was later convicted of her murder.