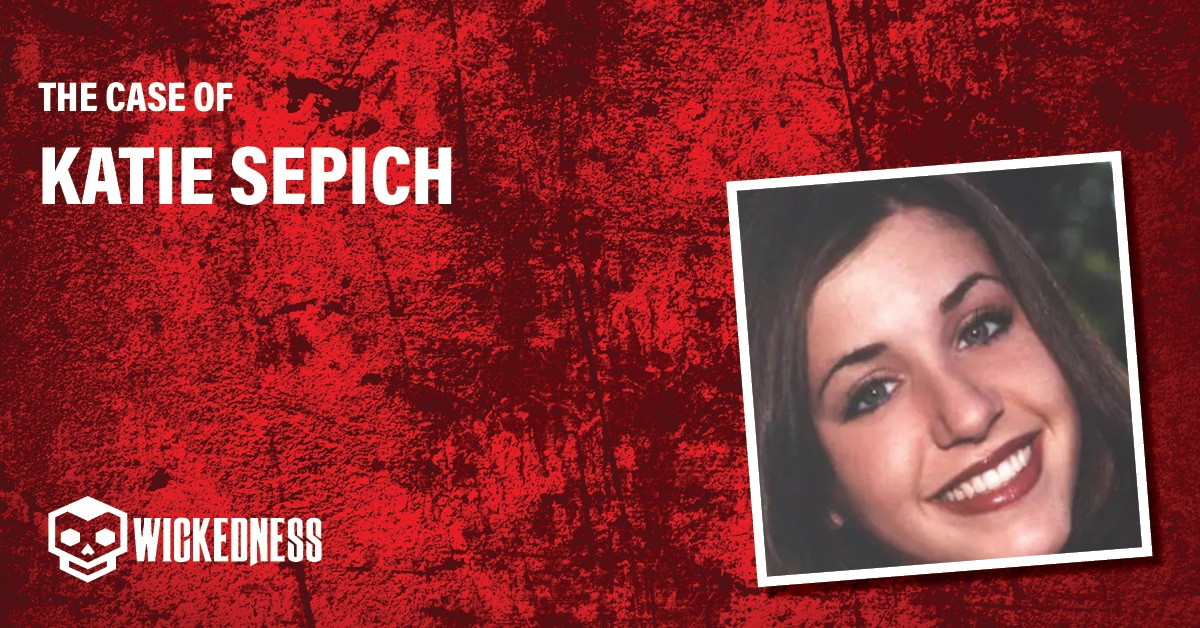 Katie Sepich was raped, strangled, and her body dumped in the middle of the desert. With very little evidence and no leads, it would take police years to catch who committed this horrific crime. This case led to the creation of Katie’s law, which changed the DNA collection process.

22-year-old Katie Sepich was a business school graduate living in Las Cruces, New Mexico. She was very close to her family. Her parents, Dave Sepich and Jayann Sepich were incredibly proud of her accomplishments. As the oldest child, she was protective of her younger siblings, A.J. Sepich and Caraline Sepich. Katie Sepich was charismatic and naturally connected with people. She didn’t know what she wanted to do after college but knew she wanted to change the world.

Katie and her boyfriend, Joe Bischoff, had been dating for eight months. Joe went to college with Katie, and despite the fact he was moving away for grad school, they decided to stay together. They had a schedule planned out of when they would visit each other. The day before they all went out to celebrate, Joe bought her a ring with her birthstone to symbolize their relationship.

On August 3, 2003, Katie, Joe, and her roommate Tracy spent the night bar hopping and then went to a friend’s house party. It was Memorial Day weekend, and they wanted to celebrate Katie and Tracy beginning grad school at New Mexico University. This was also the last weekend Joe would be in town before leaving for graduate school. When they woke up the following day, Katie wasn’t there. Tracy asked Joe what happened, and he admitted they got into an argument. Katie Sepich stormed off, and he couldn’t contact or find her after that. Tracy tried to call her, but she had left her phone.

They found her car but figured she walked home since she and Tracy only lived a few blocks away. Joe and a friend drove all over town, hoping to find her walking. Tracy went home, but there was no sign of Katie. She called all of their closest friends, but no one had seen her. She also called hospitals and the police station, thinking she might have ended up there, but there was no trace. Eventually, Tracy called Katie’s mom to ask if she had seen or heard from her, but she hadn’t. They immediately filed a missing person’s report.

Police arrived shortly after and asked for a photo of Katie and an explanation of what had happened the night before. They left and returned an hour later and asked Tracy if she would come with them to identify someone. When they arrived at the hospital, the officers took her down to the basement. They asked her to identify a person in a body bag. It was Katie Sepich.

While Katie’s friends searched for her, the police received a call. Two target shooters had found a body near the landfill. When officers arrived, they found Katie Sepich facedown, half-naked, and her legs had been spread apart. She had been strangled, and there was evidence of sexual assault. She had also been covered in a flammable liquid that was poured over her back and set on fire. Police believed it was an attempt to destroy evidence; fortunately, it failed. The killer left DNA, including skin, under Katie’s fingernails. The police found tire tracks at the scene that appeared to be from a small truck, leading right to where Katie’s body was found. Investigators believed she had been attacked elsewhere then her body was dumped.

When police searched the house, they found Katie’s shoes outside her bedroom window, and the screen had been removed. There were also signs of a struggle. Investigators disagreed on whether this was the place she was abducted or where she was fully attacked. It was hard to believe that the attack occurred there when no one heard or saw anything, including Tracy’s mother. She was visiting at the time and asleep inside. When interviewing Katie’s parents, the police discovered that she physically couldn’t scream. She could talk normally, but no sound would come out when she tried to scream.

The first suspect the investigators questioned was her boyfriend, Joe Bischoff. He admitted to the police they had argued that night. Katie was angry because she caught him kissing another girl. Joe claimed after she left, he and another friend went looking for her. They checked her car and house but assumed she had gone to another friend’s when they didn’t find her. Both went back to the party, and eventually, Joe fell asleep on the couch. The next morning, when Katie hadn’t returned, the search began. The police were suspicious of Joe, but they had nothing to hold him on, so they released him. He told them he was leaving for school but could get ahold of him if they had further questions. However, when they called him after he left, he had a lawyer and told them everything had to go through his legal counsel.

The law enforcement detectives only had the DNA evidence found under Katie’s fingernails and the tire tracks. Officers took DNA samples from everyone at the party that night, except for Joe Bischoff, who refused to comply. The police were convinced that he was guilty. Rumors began to spread, and he wasn’t allowed to attend Katie’s funeral. The police even set up a camera at the Carlsbad Cemetery, hoping that Joe would show up and confess. The camera was knocked down, and they had no idea if Joe ever visited the grave. During the funeral, the police checked the vehicles in attendance for tire marks matching those at the scene, but they found nothing. The police were unable to obtain a warrant for Joe’s DNA.

However, they did find out that Joe and Katie had sex on her bed the day before her murder. They collected a DNA sample from the sheets and compared it to that found under Katie’s nails. It did not match. The police requested a full sample from Joe’s lawyer so that they could confirm the results. It was official; Joe was no longer a suspect.

A few months later, the police received information about a crime in Wisconsin that was incredibly similar to Katie’s. Three months before Katie’s murder, a young woman had fought with her boyfriend, and while she was walking to her car, she was abducted by two men. They sexually assaulted her before strangling her; they then poured flammable liquid on her body and set it on fire. They left the woman for dead, but luckily, she survived and walked to a nearby house for help. She met with a sketch artist after she had recovered and gave the police a description of her assailants. The police were contacted months later when a farmer from Wisconsin recognized the men in the sketch. He believed it matched two migrant workers who used to work for him, but they left shortly after the woman was attacked. He hadn’t seen one of them since they left, but the other returned and was currently working for him. The farmer offered the man a drink, put the bottle into a plastic bag, and brought it to the police. His DNA was a match to the Wisconsin crime but not Katie’s. They located the second migrant man a year later. While police hoped they finally caught the person responsible for Katie’s death, his DNA was only a match for the Wisconsin crime. With no other leads, the police were back to square one.

A Match is Found: Gabriel Avila

Three years later, two women called 911 stating an intruder had entered their home, and they had locked themselves in their bathroom. One of the women recognized the person as she had seen him watching them and peeking into their windows. When the police arrived, they arrested Gabriel Avila.
When Avila was sent to prison for convictions of burglary with a deadly weapon and intent to commit aggravated assault, a sample of his DNA was taken. It was a match. The police had finally found Katie’s killer. The police spoke with Avila’s ex-wife and obtained tires from the vehicle he had been driving at the time of the murder and a ring found in the truck. The ring belonged to Katie.

Avila confessed that he had seen Katie walking home that night when he was out looking for some coke. When he saw her trying to get in through the window, he said he stopped to offer her help. Avila said something in him snapped, and he grabbed her, held her down, and raped her. He strangled her so she wouldn’t be able to identify him. Gabriel Avila pled guilty and was given a 69-year prison sentence.

Katie’s mother, Jayann Sepich, spoke to the police detective working the case, Robert Jones. They discussed that in New Mexico, a DNA sample isn’t taken at the time of the arrest, only when someone is convicted of a crime. The DNA found on Katie was being run through the Combined DNA Index System every week, but the more samples there were, the higher the chance of catching whoever did it.
Katie’s mother began advocating for Katie’s Law. A law in which those arrested for a felonious crime would have DNA testing done. In 2006, the bill was passed. Since then, 28 states have adopted Katie’s Law or something equivalent.

Who is Katie Sepich?

Katie Sepich, a 22-year-old graduate student, was raped and killed by Gabriel Avila in 2003. This murder led to the creation of Katie’s Law.

What is Katie’s Law?

Katie’s Law is a federal law that requires anyone arrested for a violent crime to submit a DNA sample.