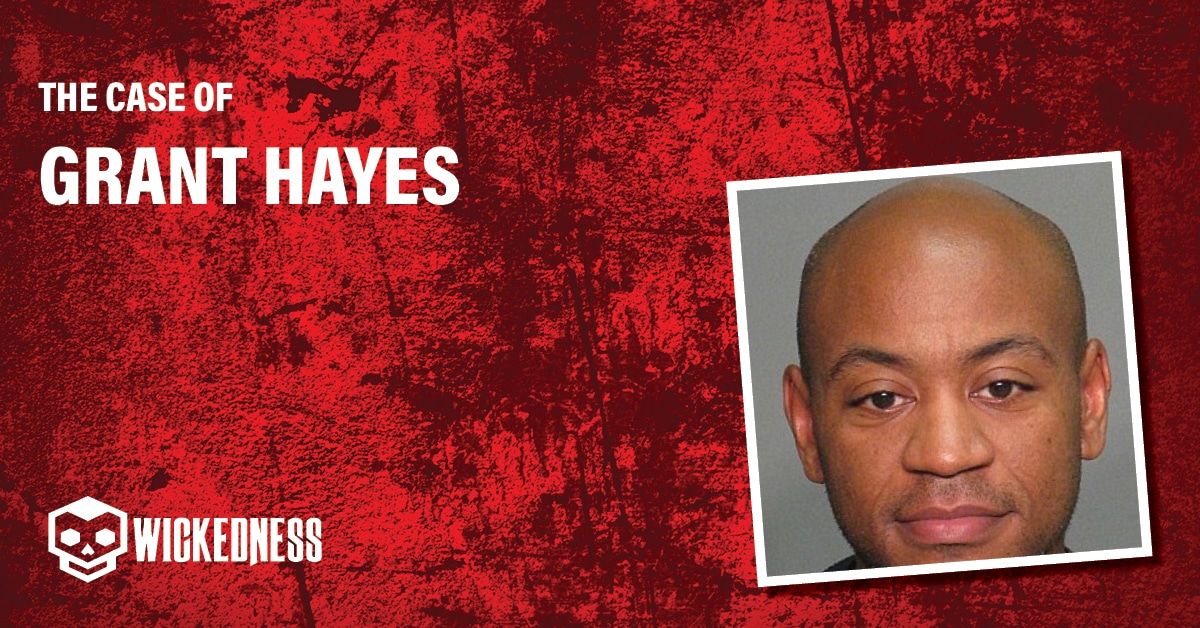 27-year-old Laura Ackerson was a marketing industry worker from Kinston, North Carolina. Loved ones described her as bubbly and outgoing. One of Laura’s co-workers reported her missing when she didn’t show up for work. The last time anyone heard from her was July 13, 2011, when she took her sons, 3-year-old Grant and 1-year-old Gentle, to her ex-boyfriend, Grant Ruffin Hayes’ apartment in Raleigh, North Carolina, for a weekend visit. Laura and Grant were no longer together but shared custody. She was scheduled to pick up her children two days later, but she never returned. A week after she went missing, the police found her car at an apartment complex in Raleigh where Laura and Grant used to live together.

On July 24, 2011, Laura’s dismembered body was found near Richmond, Texas, in Oyster Creek. Divers and K-9 teams braved the hot, swampy, alligator-infested water to search for the rest of her scattered remains. They located her body piece by piece; her head, torso, and limbs were found separately. When they found her head, her face was barely attached. They searched until they located the rest of her body, which was in such bad condition that Laura Jean had to be identified through dental records. The medical examiner could not determine the exact cause of death. However, her injuries were consistent with asphyxia or neck trauma.

Those in charge of the investigation started to look into Laura’s personal life. According to friends and family, Grant was cruel, condescending, oppressive, abusive, and unfaithful in his relationship with Laura. They met in 2007 and quickly moved in together. Laura was taking classes and working her way up in the business world. Grant was a musician who played at the local bars. The use of drugs made him dangerously unstable. He would burst into random fits of rage and was paranoid that someone or something was out to get him. Grant continued to take drugs and became more angry and unpredictable than before. That man was now married to Amanda Hayes, and he and Laura had been in a bitter custody battle for over a year. Hayes had been granted temporary custody after a judge ruled Laura was unfit. At the time, she was unemployed and didn’t have a place of her own. Laura had the boys on weekends, and they stayed with Grant during the week. According to one of Laura Jean’s friends, she was doing her best to get her life in order. She had started her own business and was taking college classes online.

What Happened to Laura?

When Laura Ackerson had gone back to pick up the kids, she was killed by Amanda and Grant. Allegedly, the married couple decided to murder her so they could move and start a new life in the Virgin Islands. They dismembered her body with a power saw and put the parts in ice chests. After that, they rented a U-Haul and made the 1,200-mile road trip to Amanda’s sister’s house in Texas with their three children; Laura Jean’s two boys and Amanda’s daughter were all under four years old. As soon as they arrived, the two started asking strange questions, such as how deep the creek was and if there were alligators. Or if the wild hogs around the area had ever eaten anyone. Grant and Amanda attempted to dissolve Laura’s remains with muriatic acid. When that didn’t work, they went out into the creek on a small boat, dumped the pieces, and left her body to alligators. Shortly after the human remains were found, Amanda and Grant were arrested and charged with Laura Jean’s murder.

The Couple is Convicted

A former inmate from the same prison testified at Grant’s trial in 2013. While they were incarcerated together, Grant admitted that he and Amanda had killed Laura. The Prosecutors also provided surveillance footage from a Walmart and Home Depot, where Grant was seen buying a power saw and acid, along with plastic tarps, industrial trash bags, and other things. They believed that these items were used on Laura and her dismembered remains.

Grant Hayes was found guilty and convicted of first-degree murder. He was sentenced to life in prison without the possibility of parole. He is serving his sentence at the Caledonia Correctional Institution in Halifax County, North Carolina.

Amanda was tried separately. It was the Defense’s case that Amanda had no part in the killing. Grant had threatened to kill her if she didn’t help him get rid of the body. Her sister, Karen, testified that Amanda had admitted she killed Laura in the middle of a heated argument. Amanda Hayes was convicted of second-degree murder and tampering with evidence. She was sentenced to 13-16 years in prison for the murder charge and an additional 20 years for tampering with evidence. She is to serve both sentences consecutively and is incarcerated in the Anson Correctional Institution in Polkton, North Carolina.

Who is Grant Hayes?

Grant Hayes murdered Laura Ackerson, his children’s mother, over a brutal custody battle and was given a life sentence. Grant and his current wife, Amanda Hayes, killed Ackerson, dismembered her, and attempted to dissolve the body in acid after transporting it to Texas, where the remains were later found.

How was Laura Ackerson murdered?

Laura was dismembered by her previous partner, Grant Hayes, and his current wife, Amanda Hayes. They put the pieces of her body in acid before dumping them in a creek close to Richmond, Texas. Her remains were so degraded that the exact cause of death could not be determined. However, her injuries were consistent with asphyxia or trauma to the neck.