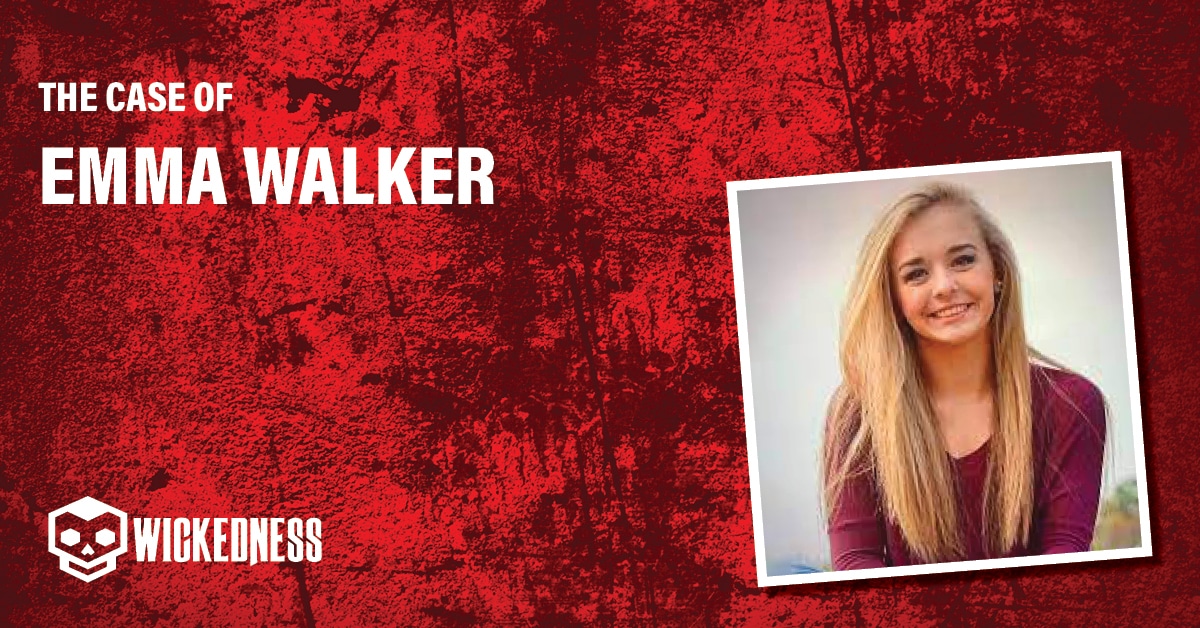 Emma Jane Walker was born on March 20, 2000, in Knoxville, Tennessee, to parents Jill Walker and Mark Walker. Friends and family described Emma as a beautiful person with a caring soul. At the time of Emma Walker’s death, she was a junior at Central High School and was a cheerleader there.

In 2014 when Emma was a freshman, she met a junior football player named Riley Gaul. Emma and Riley went out to eat after football games and were allowed to hang out supervised at home. The pair began dating it was considered by Emma’s parents as puppy love.

William Riley Gaul was born on August 12, 1998. His mother and his grandparents raised him. Riley Gaul was often described as nerdy and a bit of a jokester. In the beginning, Mark and Jill Walker thought he was friendly, polite, and well-mannered. Emma Walker’s friends and family thought she was happy in the relationship, but they soon noticed something was off. He became very controlling and possessive over Emma. The toxic relationship had him telling her what she could and couldn’t wear and who she could and couldn’t hang out with. Jill Walker tried to talk to her daughter about his toxic behavior and how it affected her.

The Murder of Emma Walker

On November 21, 2016, Emma was home with her parents and brothers. She had school that day and was an extremely disciplined student. She worked hard to achieve her dreams of becoming a veterinarian or a NICU nurse. Emma had asked her mother, Jill Walker, to wake her at 6 am that day. Emma didn’t usually get up this early, but she wanted to wash her hair before school that day. It was around 6:15 am when Jill went into Emma Walker’s bedroom to wake her daughter. However, Emma, who was usually easy to wake, would not budge. Jill looked at her daughter and instantly knew something was wrong. She quickly tried to find a pulse but could not find one. Jill Walker immediately called the police, but it was too late 16-year-old Emma Jane Walker was gone.

When police arrived at the Walker family house, they knew they were looking at a crime scene. Emma was dead, and there were bullet holes in her bedroom wall. In addition, two shell casings were found outside the home. The bullet holes were the same height, indicating they were from the same person.

It was determined that Emma had been shot dead in her sleep. One bullet hit Emma behind her left ear. The other was lodged in her pillow. Emma was killed from a gunshot wound to the head, fired by someone from outside the house. Nobody in the family knew the shots had been fired that night. However, some neighbors reported they heard gunshots at around 3 am.

Investigators spoke to Emma’s friends and family to determine who was responsible for her death. They all commented on Emma’s toxic relationship with William “Riley” Gaul. 18-year-old Riley had dated Emma for two years on and off, but Emma had just broken up with him for good this time.

Police decided to question Riley. When questioning him, he told them that he was unsure of why anyone would want to harm Emma. Riley informed police that on the night of the murder, he spent 3 hours crying in the car due to the breakup.

Riley Gaul’s close friends, Alex and Noah, contacted the Knox County Sheriff’s office. They told them that Riley had shown them his grandfather’s gun just days before Emma was killed. Riley had also confided in his friends the morning Emma was murdered, asking them how to remove fingerprints from a gun and for their help toss the gun into the Tennessee River. They informed the police and, with their help, arranged a plot to help Riley get rid of the gun. Alex and Noah were wired up and went to the Tennessee River with Riley. They were followed by undercover police cars. When they arrived at the river, Riley pulled out a trash bag that contained the murder weapon, some black clothing, gloves, and some other items. The police immediately surrounded them. The gun was determined as the same one used to murder Emma.

Police arrested Riley for the first-degree murder of Emma Walker.

During his trial, Riley Gaul claimed he had never intended to kill Emma. He said that he had fired the gunshots in an attempt to scare her. The jury, however, did not buy this account. Riley Gaul was convicted of first-degree murder and sentenced to life in prison with the possibility of parole after 51 years. During his sentencing, Riley said to Emma’s parents, “I’m sorry I took Emma away from you, that I robbed you of the experience of watching your daughter grow up. What I can do is tell the truth about that night. I wanted to scare her. I never meant to take Emma’s life. Again I am sorry.” Riley is incarcerated at the Northwest Correctional Complex in Tiptonville, Tennessee.

Where is Riley Gual now?

In May 2018, Riley stood trial for the murder of his ex-girlfriend Emma Walker. He claims that he did not mean to kill Emma. He only intended to scare her. At 19 years old, Riley was found guilty of first-degree murder, stalking, theft, reckless endangerment, and possession of a firearm during a dangerous felony.

What happened to Emma Walker?

Emma was murdered as she slept in her home in Knoxville, Tennesse. Her ex-boyfriend Riley Gaul fired two shots into her bedroom from the outside. The fatal bullet hit her in the head behind her left ear. 16-year-old Emma Walker passed away from a gunshot wound.