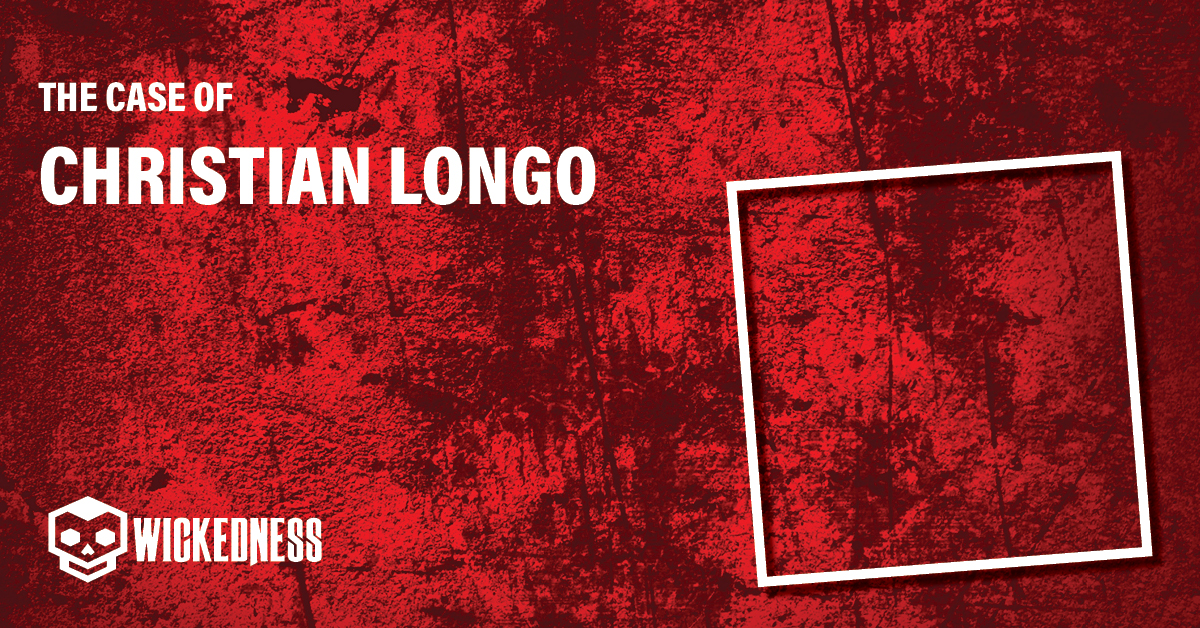 Mary Jane Baker was born on April 25, 1967, the third in a family of five siblings. After her parents divorced when she was just a child, her mother joined the Jehovah’s Witness community and grew up with her siblings under this religion.

Over the years, only Mary Jane and one of her sisters remained part of the Jehovah’s Witness community. In the early 1990s, Mary Jane got a job as a secretary at the University of Michigan dental school.

While working at the university, she met Christian Longo, with whom she began a romantic relationship. Shortly after they met, Christian proposed to Mary Jane.

She was 25 at the time, while he was 19, but the age difference didn’t seem to matter to either of them. Christian gave her a very expensive diamond engagement ring, which he had bought on credit.

Christian, too, belonged to the Jehovah’s Witness congregation and had gone to live with them. Although he started working in a photography store, the purchase of the ring put him in a very difficult situation, as he had to pay off the debt and did not earn enough money.

From there, Chris Longo’s financial situation started to become complicated when he could not pay the ring purchase fee and the rent. Thus, Christian robbed the store where he worked, was later discovered, and replaced the money.

However, this was the beginning of a series of robberies and scams to meet his financial obligations. Because the theft became known to the congregation, the couple was unable to marry into the Jehovah’s Witness community.

In less than three years, the couple had three children, Zachery was born in February 1997, Sadie on April 30, 1998, and Madison on October 29, 1999. As the family grew, the financial situation worsened.

After several months of writing several bad checks and constantly moving without paying rent, among other crimes, the financial debts drowned the family, which ended in a tragic death.

In December 2001, the lifeless bodies of Mary Jane and the three children were found floating in one of Oregon’s marinas. Christian Michael Longo was missing.

A Life of Fraud

Since the marriage proposal with the expensive engagement ring, things got financially complicated. Christian for months could not even pay the quota of the purchase, nor the rent of where he lived, so he robbed the store where he worked, although he returned the money the next day.

What happened did not stop Christian from living a luxury life. He used up all his credit by buying a late-model car.

Soon after, their first two children were born and the couple quit their respective jobs. Mary Jane decided to take care of the children and Christian found a new job he had found as a correspondent for a major newspaper, which he said involved traveling to other cities.

Soon after, with the birth of their third child, the financial situation worsened. The family grew, Mary Jane was unemployed and Christian Longo had a lot of debts.

Longo started a cleaning business with a fellow Jehovah’s Witness congregation member, which started out very well, but then went bankrupt. However, Christan Longo pretended to others that the company was prosperous and convinced his father to invest money in it, which he then used to buy other luxury cars.

Shortly thereafter, he lost one of the cars for not paying the installments on time and the other one broke down. Longo decided to acquire a fake driver’s license under the name Jason Joseph Fortner and drove to a dealership in Ohio, where he asked to test drive one of the vehicles pretending he would show it to his wife but never returned it.

He returned home and told Mary Jane that he had obtained the car through an installment loan. Christian forged collection emails to make his wife believe that he had indeed purchased the car that way.

Sometime later, Mary Jane discovered that Christian was unfaithful; however, she decided to stay with him for the sake of her children. In spite of this, Mary Jane told the Jehovah’s Witness congregation about Christian’s infidelity, so he was no longer looked upon favorably.

During July 2000, Christian opened a line of credit in his adoptive father’s name and acquired more than $100,000 in debts, never paid his company’s employees and cashed several fake checks from another company.

Police were notified of the check scam during one of his visits to a bank and he fled, however, he was found and arrested. Christian received a sentence of 3 years probation and restitution that he definitely could not pay.

Mary Jane followed him, and they moved to Ohio, violating Longo’s probation. Christian continued to cash fake checks and sold vehicles he had illegitimately acquired.

Since moving to Ohio, Mary Jane’s family had not heard from her again, so her sister, Cathy Baker, drove to the location even though she did not know the exact address. Upon finding her, she tried to convince Mary Jane to leave Christian and go with her, but she refused.

A person reported Longo for illegally selling the vehicles. Police went to his home and found a forklift and a truck; however, they did not match the stolen vehicle registrations. Sometime later, they discovered that the vehicles had disappeared from a construction site but were never reported.

The police returned to the Longo home, but they were already gone. This way, Christian Longo and Mary Jane became fugitives from justice.

Christian hid their two vehicles and stole another one to continue their journey. With no money, they had to pawn the engagement ring to get some money and arrived on September 12, 2001, in the city of Yachats, Oregon.

While this was happening, both Christian’s and Mary Jane’s families reported them missing.

The couple spent time moving from one vacation rental to another in the city of Newport, Oregon; however, they were kicked out for non-payment.

In November 2001, Mary Jane’s family received several postcards written by her, which came from South Dakota and said they were taking a family trip across the country. When shown to the police, they dismissed the missing persons case.

Christian and Mary Jane’s respective families did not hear from them for months until, on December 19, 2001, the bodies of Zachery and Sadie Longo, their 4-year-old and 3-year-old children, were found floating in a marina in the city of Waldport, Oregon.

One of The Most Horrific Crimes

On December 16, 2001, Christian Longo left work at 11:00 pm. Very upset by all the debts and his financial situation, he went for a walk to the pier near his house to think for a while, and it was then that he decided to make a drastic decision.

During the early morning of December 17, 2001, Christian went to his room and approached Mary Jane who was sleeping in bed. He decided to attack by hitting her on the head several times, then strangled her until he suffocated her.

He then went to his 3-year-old daughter, Sadie. While the girl was sleeping on the floor, Christian choked her to death.

He did the same to his other two children, Zachery and Madison, who were sleeping on the couch in the living room. Both were strangled by their father.

Christian Longo stuffed the naked bodies of Mary Jane and Madison into two suitcases, then threw the children’s clothes, the baby’s clothes and his wife’s driver’s license in the trash. Minutes later he drove to the dock where he was earlier and threw the two suitcases into the water.

He tied large rocks to Zachery and Sadie’s feet and threw them into the water from a road bridge near the dock.

Christian Michael Longo was born on January 23, 1974, in Ypsilanti, Michigan, USA. He is the oldest of four siblings, the son of divorced parents, who grew up in a Jehovah’s Witness congregation.

Longo’s family lived relatively comfortably financially. After marrying Mary Jane Baker at the age of 19, he began a life of theft, crime, and scams.

Prior to that, there was no known criminal record. However, it was later discovered that he suffered from a narcissistic personality disorder.

After he was arrested, Christian Longo met the journalist from whom he usurped his identity. He wrote a book about him.

On December 19, 2001, the police received a report that a child had been found floating face down in the water near the pier.

The boy’s photo was shown in the media and two days later, on December 21, 2001, a co-worker of Christian’s identified him. She notified the police who he was and that she knew his father.

On December 22 they got Sadie’s body and five days later, they found the two suitcases containing the remains of Mary Jane and Madison inside.

When the first body of his children was found, Christian heard about it on the news and fled to San Francisco. On December 26, 2001, he took a plane using false information to Cancun, Mexico.

While in Mexico, he attended parties and clubs, living the life of a tourist. On December 28, 2001, police charged Christian Michael Longo with the murder of his family and he became the FBI’s most wanted man.

On January 11, 2002, a woman reported seeing him at a hotel in Cancun on December 27. This served to track him down and he was arrested on January 13, 2002 in Tulum, with the support of the Mexican Federal Police.

While in Mexico, Christian usurped the identity of a New York Times journalist named Michael Finkel. Using this name, he befriended several tourists and even had a fleeting relationship with a photographer during those days.

Christian Longo’s trial began in March 2003 and lasted only one month. From the very beginning, Christian pleaded guilty to the murder of Mary Jane and Madison, but not to the murder of the other two children.

Christian told during the trial that Mary Jane had been the one who had murdered Sadie and Zachery. He also said that upon realizing what his wife had done, he killed Mary Jane and smothered Madison, believing the girl was already dead.

This version was dismissed by the jury, so on April 7, 2003, Christian Longo was charged with murdering his children, Zachery and Sadie Longo.

On April 16, 2003, Longo received a death sentence for four counts of murder.

The jury deliberated for more than 6 hours to decide whether to punish the defendant with the death penalty.

Christian Longo was sent to death row at the Oregon State Penitentiary. He is currently still awaiting execution.

It was not until 2011 that Christian Longo admitted to killing his wife and three children.

How did Christian Longo get caught?

Christian Longo was caught by the FBI and Mexican federal police in Tulum after a woman saw his picture on the news and reported seeing him a few days earlier at a hotel in Cancun.

What did Christian Longo do?

Christian Longo murdered his wife and three children in December 2001.

What is the name of the movie inspired by the Christian Longo case?

The movie inspired by the Christian Longo case is called “True Story.” It was released in 2013 and starred James Franco and Jonah Hill.