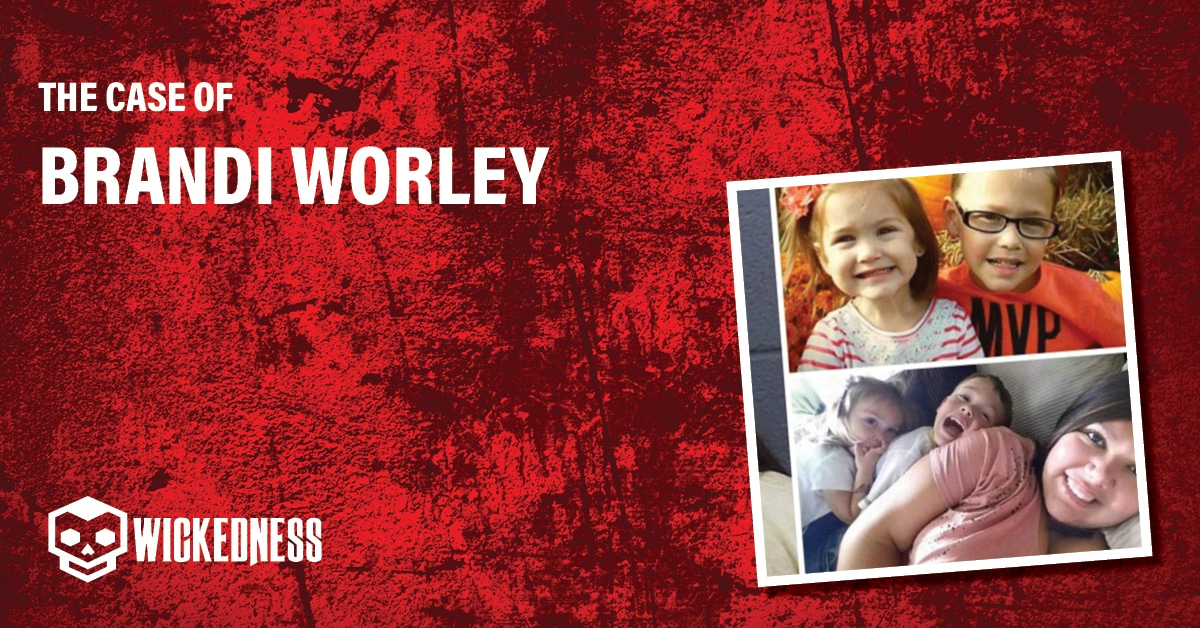 Brandi Worley was born on the 10th of November, 1986. She married a software engineer, Jason Worley, in August 2009, 2 years after their engagement. The pair had two children, Tyler Daniel Clinton Worley, born in 2009, and Charlee Rose Jean Worley, born in 2013. Tyler attended first grade at the Sugar Creek Elementary School in unincorporated Montgomery County, Indiana. Charlee Worley was enrolled in the Willson Early Learning Center preschool in Crawfordsville. Tyler was 7 years old, and Charlee was 3 years old.

The Murder of Tyler and Charlee Worley

On the 16th of November, 2016, Jason Worley filed for a divorce accusing Brandi of cheating on him with their neighbor. Jason also wanted to take the kids with him. The couple had spoken about separating in the past but had previously chosen to remain together for the sake of their young children.

The next evening Jason and Brandi attended their daughter Charlee’s dance performance. The pair were separated but attended the event together for the sake of their daughter. After returning home from the performance, Brandi went to Walmart in Crawfordsville, Indiana, to buy a pipe cleaner for a school project for her son Tyler. According to prosecutor Joseph Buser, Brandi also purchased a Kabar combat knife at Walmart. A knife that would soon become a murder weapon. That night due to the divorce, Jason slept in the basement.

As Jason was sleeping in the basement of their residence, Brandi lured Tyler into Charlee’s bedroom, stating that they would have a sleepover there. She then fatally stabbed the children in their necks and then stabbed herself in her neck. Brandi murdered Tyler first, causing Charlee to awake to hear the repeated stabbings and ask, “what are you doing?”. In response, Brandi told her daughter to go back to sleep. She then repeatedly stabbed Charlee. Finally, after she had stabbed her two innocent children to death, Brandi called 911 to report the murders. She told the 911 operator that she had already called her mother and her mother was on her way over. When Brandi’s mother arrived at the scene, she found the children lying lifeless, covered in blood. They were dead. She screamed, causing Jason to wake up. Jason rushed to the scene, where he saw Brandi sitting there with the knife. Brandi said to Jason, “Now you can’t take the kids away from me.”

Brandi then stabbed herself in the neck, attempting suicide with the same knife used to murder her children. However, the wounds she inflicted on herself were not fatal.

Autopsy reports later confirmed that both children died from knife wounds to the neck.

When asked in court why she murdered her own children and what exactly drove her to commit such an act, Brandi chose to stay silent. She showed no remorse for what she had done. Initially, Brandi pleaded not guilty. However, over time, she retreated so far into herself that she denied speaking to anyone.

Brandi has been transferred to the Indiana Jail for Women, where she will serve the remainder of her life sentence. Although she and Jason’s divorce was made official in March 2017, they haven’t talked since the night Brandi killed their two young children.

Why did Brandi Worley murder her two young, innocent children?

The motive for the murder of young Tyler and Charlee Worley is thought to be the divorce issued by Jason Worley. Jason wanted to divorce Brandi for allegedly cheating on him with their neighbor, but he also wanted to take the kids with him. After Jason saw his two children lifeless, Brandi said to him, “now you can’t take my children away from me.”

What happened to Brandi Worley?

How were Tyler Worley and Charlee Worley murdered?

Tyler Worley and Charlee Worley were repeatedly stabbed in the neck by their mother, Brandi Worley. She murdered Tyler first before murdering Charlee as well. She then attempted suicide with the same knife. Autopsy reports later confirmed that both children died from knife wounds to the neck.