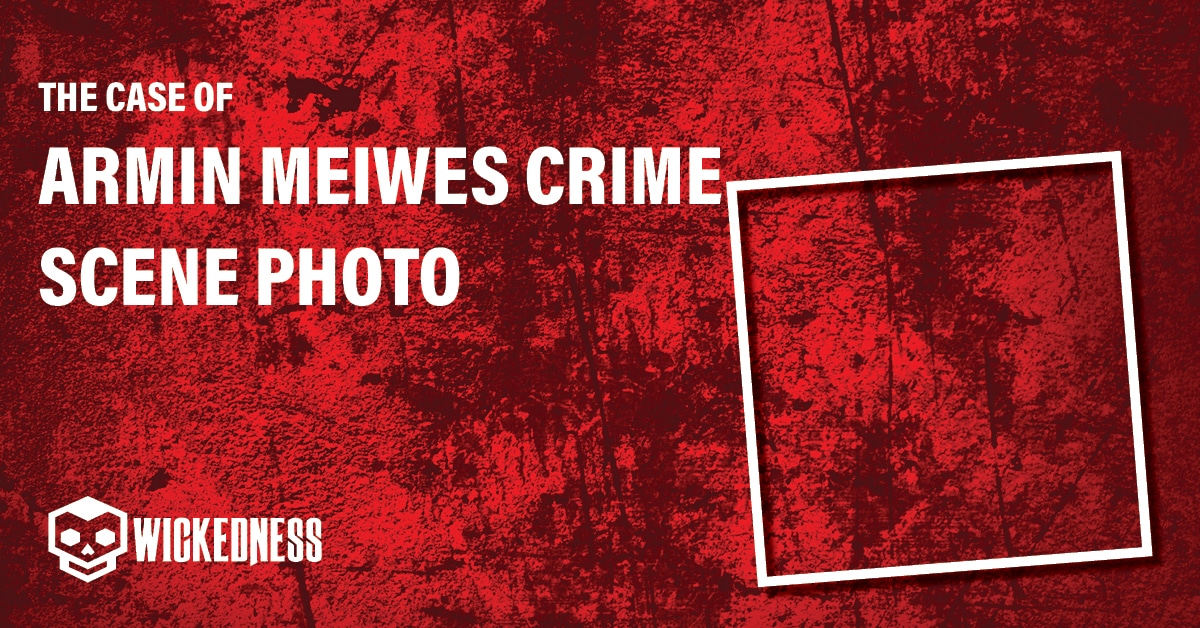 The Only One Who Agreed – Meet Bernd Brandes

Bernd Juergen Brandes was a 43-year-old microelectronics engineer living in Berlin, Germany.  He seemed like any other. He had a girlfriend, Bettina and the couple had also been living together. Unfortunately, the relationship had ended after Brandes revealed to her that he was also interested in men. But Bernd Brandes was also interested in something else. If you ask Armin Meiwes, he was even sexually aroused by it…

He wanted to be consumed.

Even before the events of his horrific death, Bernd was prepared. He deleted everything from his computer’s hard drive, and he sold his belongings.

Bernd was then ready to fulfill his fantasy.

“Looking for a normally-built 18- to 25-year-old to be slaughtered and then consumed.” This Is Where It All Began

Armin Meiwes had a dream, he wanted to eat another human being. Eventually, he decided to make his dream a reality.

Armin was a member of several groups and chat rooms online where he found common grounds with people over their shared cannibalism fetish. One of those forums, called “The Cannibal Cafe” was chosen. Armin posted an ad calling for volunteers to be killed and eaten. Shockingly, many people had answered saying they want to be Armin’s meal. Most of them backed off very soon, others have made it further but also backed down. But in March of 2001, a different comment was made to Armin’s post. Chatting with Armin over the internet at first, but then making actual plans for the two to fulfill their fantasies. Bernd Brandes was serious.

The Fulfillment Of Their Dreams Or The Horrible Murder?

After talking to each other online, Armin Meiwes and Bernd Jürgen Armando Brandes meet. Armin picks up Bernd from the train station and they make their way to Armin’s house, not before they make a small stop to buy sleeping pills to help with their upcoming horrific act.

When they arrive at Armin’s house, they immediately start by setting up a camera, which will produce a 4-hour videotape, that will later become the key evidence, and a very sought-after tape amongst gore and true horror lovers. Luckily, that tape was never seen in public and is held safely in the hands of the police.

Things are set in motion when Bernd takes 20 sleeping pills along with Schnapps. The two proceed to cut off Bernd’s penis and try to eat it. Armin seasons it and fries it in a pan. But Bernd is having trouble consuming it as he describes it as “chewy”. Disappointed, they feed the severed genital to Armin’s dog.

Bernd is feeling cold and Armin prepares a hot bath for him. While Bernd soaks in it, constantly bleeding into the water, Armin sits down to read a Star Trek novel. He checks on Brandes every 15 minutes until he sees him going out of consciousness. After a few in-and-outs of consciousness, Bernd collapses. It is then that Armin decides to end his life, stabbing him in the throat.

After Bernd was dead, Armin transfers the body to a meat hook and begins to cut his body into pieces. He buries the head in his yard and preserves most of the meat in his freezer, hidden under pizza boxes.

Armin spends the next 10 months consuming the flesh of Bernd Brandes, as he eats 20 Kg of Bernd’s meat. Usually paired with princess potatoes and in the light of a nice candle.

In Germany, They Call Him Der Metzgermeister – The Master Butcher – Meet Armin Meiwes

Armin Meiwes was described by his neighbors as “the perfect neighbor”. No one could have guessed that he would become one of the world’s most notorious cannibals. But looking back reveals a grim image that might hold clues to his true personality.

Armin was born on December 1, 1961, to his mother Waltraud Meiwes, and his father Detlef Meiwes. At the age of 8, his father, along with his two half-brothers, abandoned the family leaving Armin to be raised as a lone child by his mother. Armin’s mother was emotionally abusive, using her son as a servant and even dressing them both up as if they lived in medieval times. Armin lived with her until she died in 1999 when Armin was already 37 years old.

Armin stated that his cannibalistic fantasies started at a young age, affected by the well-known fairytale Hansel and Gretel. Armin even admitted that he always wanted a blonde, younger brother to consume.

As an adult, Armin was described as a nice, socializing person. He had a farmhouse and a steady job as a computer repair technician. But deep inside, he had monstrous wishes. And eventually, he went too far.

The Apprehension Of The Rotenburg Canibal

After Bernd’s death, Armin was willing to have another victim, and once again posted an ad. This time, it was significantly harder to find real volunteers. Armin was getting frustrated and began bragging and telling everyone online about the horrific “relationship” he had with Bernd. Those stories caught the eye of a student, who had reported the disturbing confessions to the police.

When police arrived on the scene, on December 10, 2002, they found the meat inside Armin’s freezer. Armin immediately denied it and claimed the meat was of a wild pig, but the video found by officers revealed the true story.

Armin Meiwes was about to be faced with the law.

Although diagnosed with schizoid personality, Armin was deemed fit to stand trial and was accused of murder on December 2, 2003.

The defense claimed that murder is not the right accusation as he killed a voluntary victim, thus altering the charges to manslaughter, leading to a reduced sentence.

But that was not all, as prosecutors later appealed that sentence and demanded a retrial due to believing Armin’s motive was not to euthanize Bernd but rather to gain sexual pleasure.

Their appeal was successful and Armin was trialed again on May 10, 2006. This time facing trial for murder.

After facing the lighter manslaughter charges, Armin was sentenced to 8 years and 6 months behind bars.

In the retrial of 2006, Armin was found guilty of murder and was sentenced to life in prison.

Armin has since shown remorse for his actions and even became a vegetarian, although psychologists evaluate he still has a chance of falling back into his old ways. As of 2020, he is allowed in public for short periods accompanied by 2 police officers as part of a release program.

The rotenburg cannibal, AKA the German cannibal – Armin Meiwes, has killed and consumed a consenting victim; Bernd Brandes.

How Armin Meiwes Was Sent To Prison

Armin Meiwes was caught after an ad he posted online, looking for volunteers to be consumed, had been reported to the police by an Austrian student.

After the murder trial, Armin Meiwes was given a life sentence.