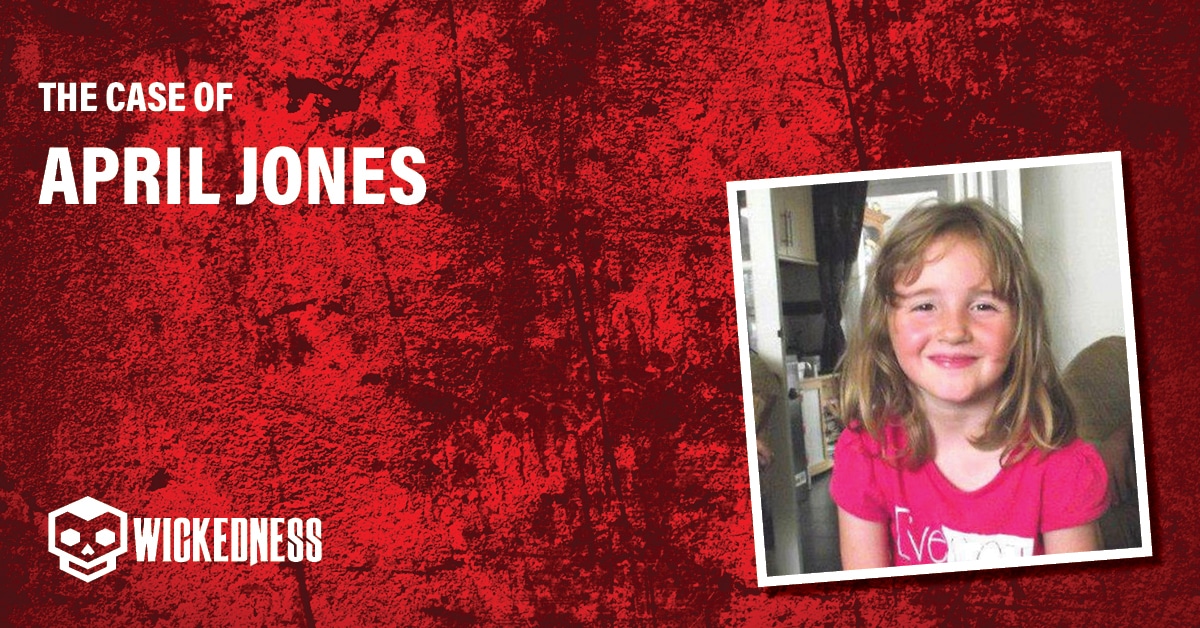 Who Was April Jones?

April Jones was born on April 4, 2007, in the very small community of Machynlleth, Wales, to caring parents Cora and Paul Jones. April was born 7 weeks premature which caused her complications during her first weeks leading to Cerebral Palsy down her left side, from her hip to her leg, which caused her a lot of pain. But she was a determined kid and wouldn’t let the pain get in the way. April Jones learned to ride a bike at 3.5 years old. She loved that bike and took it everywhere. April was a petit blond hair brown-eyed girl who could be shy but she was beautiful with a great smile.

April Jones had two siblings, 16-year-old Jazmin Jones who she shared a bedroom, and Hartley Jones.

April is Gone in A Grey Van

The morning of October 1, 2012 was one like any other, Paul Jones got five-year-old April Jones ready for school and waited for Jazmin and Hartley to come down for breakfast. They all shared together and were taken to school. In the afternoon, Paul and Coral picked up the kids and took April to her weekly swimming lessons at a local leisure center, When the lesson ended April asked her parents if a friend from school could come home to watch a movie with her. Paul and Coral accepted. Later that night, around 7pm, April and her friend wanted to play outside for a bit. Paul and Coral said no at the beginning because of how late it was but ended up giving in and let the girls go out. As mentioned at the beginning Machynlleth is a very close-knit community where everybody knows each other, so the last thing in April Parent’s mind was any sign of danger for their little girl. About 20 minutes after April had gone out, her brother Hartley went out looking for her. A few minutes later he would go back home screaming in desperation “They’ve got her” “He’s taken her” “Somebody’s taken her” “She’s gone off in a car, a van”.

At 7:29pm, after looking everywhere for April, Coral Jones dialed 911 and reported her missing. When the first officer arrived at the scene, he talked to April’s Seven-Year-Old Best Friend. She said that April had voluntarily climbed into a grey van. The case was updated to critical immediately and a large search operation started in the Machynlleth area, they covered a 30-mile area. April Jone’s search was the first time the U.K used their Nationwide Child Rescue Alert. But nothing came out of these efforts. ‘Happy-Go-Lucky’ Little Girl April was gone.

There has never been a crime description coming from Mark Bridger and since April’s body was never found a forensic analysis doesn’t exist. But Andy Jones, who was the investigating officer in the case, believes that after abducting April Jones, Bridger took her to his cottage or a remote location where he abused her and killed her. He then proceeded to dismember her little body with expertise, since Bridger had experience working in abbatoir, the british term for the slaughterhouse. After cutting April into little pieces, Mark scattered her ramains around the countryside.

Bridger did a little bit of everything when it came to working; he had been an abattoir worker, hotel porter, fireman, lifeguard, mechanic, and welder.  He was married once, to the mother of two of his children, from 1990 until the marriage ended in divorce several years later. At the time of April’s disappearance, 46-year-old Bridger had three children living with him, an older son and two daughters ages 7 and 10. They are believed to have all played together with April on many occasions.

As usual, in cases like this, police focused their efforts on known pedophiles in the area. But before they could even focus on that, that same evening a man was taken into custody. His name was Mark Bridger and he owned a Grey Land Rover Discovery, very similar to the vehicle described by April’s Seven-Year-Old Friend. Mark was a local neighbor; he actually lived close to April’s home.

On October 4, police offered a press conference stating there were several forensic analyses taking place at the time. It seemed like Mark Bridger was their man. That afternoon, police got several tips from different witnesses seeing Bridger walking outside of town carrying a black bag near the river, and also when searching Bridger’s computer they discovered an extensive collection of child pornography. Investigators then changed the status of the case from Looking for a missing person to a Murder inquiry, on October 5. They said they had reasons to believe April Jones was no longer alive.

On October 6, Mark Bridger was charged with Child abduction, Murder and attempting to pervert the course of justice. At this point, Bridger pleaded not guilty to the charge of murdering April. He said instead he probably was responsible for her death. Bridger said he had run over April. Bridger claimed that because of the mix of alcohol and panic he had no clue what he had done with April’s little body. The judge didn’t believe his story and a trial date was set for April 29, 2013.

When the trial for the murder of April Jones began on April, 2013, Mark Bridger’s doings on the day of the abduction would be disclosed. On October 1, 2012, Mark Bridger had broken up with his girlfriend. He didn’t go to work and instead decided to stay home watching cartoons online of young girls being abused. He looked at dozens of images of children being molested. He also contacted several women and asked them out on dates. Without any response, he left home to attend his daughter’s parent evening meeting at around 5:30pm. After the meeting was over, Bridger asked one of his daughter’s friends, a ten year old, to have a sleepover at his home. Later that evening he was seen acting oddly by a couple of witnesses. Around 7pm, he was sitting in his car parked near a garage and at 7:20pm he was heading out of town with April. Here is where Bridger changes his previous statement of running over April and knowing where her body was, to a recollection of him taking April to the main room of his cottage and then waking up between 3:00 and 5:00am next morning to find April gone.

Mark Bridger was found guilty of Child abduction, Murder and attempting to pervert the course of justice on May 30, 2013. He was sentenced to life imprisonment. Mark Bridger was acknowledged as a pathological liar and a pedophile by the judge.

April Jones’s body has never been found. Except for human bone remains that can’t even be identified as hers.

Where are April Jones’s remains?

April Jones’s body was never found. When looking into Mark Birdger’s cottage, investigators found 17 fragments of bone that are believed to be April’s but it was too difficult to identify and can’t be definitely proven to be April Jones’s bones.

What happened to Mark Bridges cottage?

In November 2014, Mark Bridger’s cottage was bought by the Welsh government for £149,000 and demolished. April’s family was invited to witness the house being demolished.