Live shows indeed get a lot of prank and hoax calls but what happens when a serial killer calls? It was more than a chilling moment when an apparent serial killer called one of the most popular shows, called Howard Stern Show. 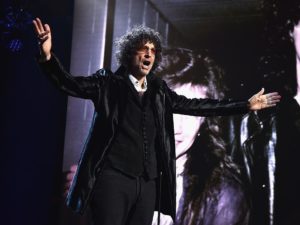 That apparent serial killer is known as “Clay the Serial Killer” and he called the Howard Stern Show on 13 August 1997. In that live call, the caller claimed that he had killed 12 women and it was a chilling moment for both Host Howard Stern and Co-Host Robin Quivers.

Was this real or just another hoax or prank call? Let’s discuss this mystery in detail.

Details of the Phone Call

As mentioned, Clay the serial killer called the Howard Stern Show in August 1997 and confessed that he had killed 12 sex workers. It’s important to note that the host Howard Stern receives hoax calls all the time and it wasn’t something extraordinary for him at first.

However, as the conversation progressed and both the host and co-host started asking questions, it became clear that the caller was being dead serious. They started asking him different questions such as “was your mom a prostitute, did she beat you or spank you?”

The caller calmly said that he killed those prostitutes just for a sense of power. The Howard Stern then asked him about the total number of sex workers he killed and the caller, again calmy and with a sense of pride, replied that he had killed 12 women.

At that point both the host and co-host started grilling Clay very carefully, realizing that the phone call could be real and he could actually be a serial killer. They started asking details (such as whether the caller has tattoos, kids, or a wife) of his murders in order to get some leads for authorities.

Diving Into the Phone Call

You’ll start noticing a pattern emerging at the 1:00 mark in the phone call audio. The host Howard Stern started talking to the caller as if he was interviewing a serial killer. After the first minute of the conversation, Stern asks the caller whether he has sex with the victims before killing them.

Clay responds to this question in the affirmative. In order to take control of the conversation, Stern also asks about the killing method of Clay. At first, Clay seems a little hesitant then he says that he uses a hammer to kill them.

Stern also says that if you have killed 12 women then you’re a serial killer and then Clay responds to that positively. At the 3:09 mark in the phone call audio, it seems that the serial killer is trying to send clues to baffle people.

Clay says that he knows that some of his victims are still unknown to the public. This specific note shows the narcissism that pretty much all serial killers have. Clay also says that he adds a little signature to the bodies of his victims. He says that he dips the thumbs of his victims in paint to do thumb painting. Zodiac killers also used to make phone calls and send cryptograms and letters to the police. 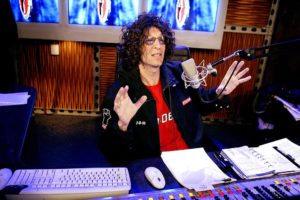 The point that the call made at the 5:08 mark in the phone call audio became the most controversial and interesting aspect of this phone call. At this mark, Clay makes a reference to the famous Pentecostal Televangelist, Jimmy Swaggart.

Swaggart’s ministry was at the time-based in Baton Rouge, Louisiana, a city with a black population that is still over 50 percent today. Could Baton Rouge be the “Jimmy Swaggart Town” that Clay mentions?

Stern again tries to ask about personal details of Clay the serial killer to help the police and investigation authorities to identify him.

What Happened After the Phone Call?

After the phone call, the FBI (Federal Bureau of Investigation) visited the studio of Howard Stern in order to collect the audio record of the phone call as evidence. But the biggest question that people still ask is could that phone call actually be real? Did Clay the serial killer actually murdered those prostitutes? Or was he just playing a sick joke?

Some reports suggest that the information that the caller revealed on the Howard Stern Show regarding hid murders caught the attention of the FBI. He mentioned that some of his murders were never made public according to authorities.

No one knows what the FBI did to the information that was collected from the Howard Stern Show. After all these years, it still remains a mystery and perhaps one of the most unfortunate ones. 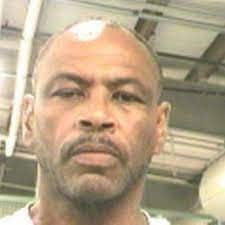 In the Treme and Algiers neighborhoods of New Orleans, a notorious serial killer started claiming numerous victims in 1991. He was then eventually linked with 24 different murders. Later in 1995, a police officer from New Orleans named, Victor Gant was nominated as the primary suspect in the murders of Karen Iverster and Sharon Robinson,

Karen Iverster, and Sharon Robinson were close friends. Interestingly, Sharon Robinson, who was working at a New Orleans casino, was Gant’s girlfriend and it’s believed that Iverster was a prostitute.

While Gant was listed as a suspect, he continued coming to his job and he also worked with NOPD (New Orleans Police Department) on the case. He also submitted his tissue and blood samples for the investigation of that case but no one knows more than that.

Officially, nothing has been revealed by the authorities about Gant or his fate. We also don’t know whether his tissue or blood samples were matched or not. In addition, it’s also unknown who was the serial killer behind the death of other 22 victims.

Connection Between Victor Gant and Clay the Serial Killer

So why did we discuss the story of Victor Gant? Well, “Clay the Serial Killer” mentioned in his phone call that the primary suspect behind the New Orleans serial killings was an African-American police officer.

Similarities Between the New Orleans Murders and Clay

As mentioned, more than 20 murders took place in the New Orleans area and the serial killer was still active. The case, to this date, remains unsolved, although it has been propelled to a national level. There are many similarities between Clay the Serial Killer’s phone call and these New Orleans murder cases.

During the call, Clay told Howard Stern that he’s a white man. However, the only suspect of the New Orleans killing was an African American man, Victor Gant.

These are some of the most significant similarities between Victor Gant and Clay the Serial Killer and that’s why many experts believe that he is the one responsible for the New Orleans murders.

In March 1998, Russell Ellwood was arrested for killing Cheryl Lewis. The dead body of the victim was found nude back in February 1993. The murderer dropped her body in the Hahnville swamp and she was found floating face down.

The Hahnville swamp is about 25 miles away from the place where the bodies of Karen Ivester and Sharon Robinson were found later. Russell Ellwood was a simple cab driver from Ohio and he was seen many times with Cheryl Lewis before her murder.

When he was seen strolling nude, around a year after, near the crime scene where Lewis’ body was discovered, he piqued the interest of local cops. When questioned by detectives, Ellwood said he was just changing the engine oil in his cab.

He said that had to pick a distant spot to dump the leftover oil without being noticed. Despite the fact that he had oil-changing materials in his car. The police let Ellwood leave, but not without keeping an eye on him.

Later on, Russell Ellwood also became the suspect in the murder of a transgender woman named Delores Mack. The body of this woman was also found in the Hahnville swamp a day after Cheryl Lewis’ body. 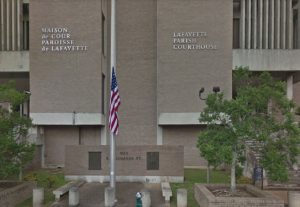 However, that proof was destroyed by the former leader of the task force of New Orleans, Lt. Sue Rushing. Resultantly, the attorney of Russel Ellwood failed to convince the jury because of a lack of evidence that Ellwood was in Ohio.

So, the court sentenced Russell Ellwood to spend his life in prison for killing Cheryl Lewis in august 1999. Some people still believe that Ellwood’s case for murdering Cheryl Lewis is flawed.

So, Was Russell Ellwood “Clay the Serial Killer”?

As you can see, there are again some similarities between Russel Ellwood and Clay the Serial killer. We again see the killing of the same transgender woman involved in both cases. That is why you’ll find many online articles that claim that Russel Ellwood is Clay the serial Killer.

Our research shows some complications to this claim and the case is more complex than it may seem. Ellwood was captured and jailed on August 4 1997 on drug charges. At that time, he was sentenced to go to prison for only three months.

But if you can recall the date that we mentioned on which Clay the Serial Killer called the Howard Stern Show, it was the 13th of August 1993. So, it was one week after Russell Ellwood was sent to jail for three months.

There are some prisons in the United States where the prisoners do retain privileges to make phone calls. However, it is highly unlikely that Russell Ellwood made a long call, that lasted for 17 minutes, to a popular live show from prison.

Additionally, some true-crime sleuths also say that there are no sonic similarities between the voices of Clay the Serial Killer and Russell Ellwood.

The biggest complication between the two cases is that Clay mentioned in his phone call that he uses a hammer to kill his victims. But not a single sex worker, who was killed in New Orleans, was killed with a hammer.

Most of the victims were strangled or drowned and that’s not how Clay killed his victims. Even if we believe that Clay the Serial Killer was not Russel Ellwood and didn’t kill all those known prostitutes, there’s still a strong chance that he was telling the truth.

That’s because the law enforcement authorities never mentioned anywhere that all those murders were committed by a single man. The 24 murder cases are the ones that we know because they were made public.

The call that “Clay the Serial Killer” made in the Howard Stern show is a big mystery in the world of serial killers. Either it was a sick joke by a crazy individual or a psychotic serial killer with horrifying intentions is still out there somewhere.