We all have heard numerous fictional stories about vampires. Even if you have never heard about classics such as The Vampyre by John Polidori and Dracula by Bram Stoker, you would know about the recent popular fantasy works like The Vampire Diaries and Twilight.

Overall, vampire fantasy has always existed, preying on our fear or strange attraction to the blood-sucking monsters. If you believed that vampires existed only in fictional stories, you were wrong.

Vampires Do Exist in Real-World

There are many communities of people around that world that identify themselves as “real vampires”. They don’t have any supernatural powers like Edward Cullen and Count Dracula. However, these people believe they have a medical condition and they need to consume blood to deal with that.

A postdoctoral fellow, John Edgar Browning, from the Georgia Institute of technology interacted with the New Orleans Vampire Association, a vampire community-based in New Orleans Browning says that the “real vampires” were the only area that he didn’t touch in his vampire studies until 2009.

He said that he subconsciously saved this area for last and thought these people have become crazy after reading too much fictional work. However, he was surprised that most of the community members didn’t even know how pop culture actually portrays vampires.

John Edgar Browning studied and interacted with the community members of the New Orleans Vampire Association for a short period and said that none of them was crazier than the “Average Joe”. He also mentioned that the habits and lifestyles of these modern vampires might be weird as well as frightening to some people, but actually, they are incredibly friendly.

Browning said that these people start feeling physically drained when they hit puberty and believe that the only cure is to drink human or animal blood. However, some of them can use psychic energy to find their strength via human touch and that’s why many of them like to work in massage centers.

According to a house for real vampires, Atlanta Vampire Alliance, there are about 5,000 people identifying themselves as real vampires in the United States. Additionally, over 50 of them are currently living in New Orleans.

The NOVA or New Orleans Vampire Association is a non-profit organization run by self-identifying vampires. This vampire community was founded back in 2005 and its main purpose is to provide support to real-life vampires and other kin subcultures.

The Lifestyle of New Orleans Vampires

In order to describe their unorthodox habits, the New Orleans self-identifying vampires use adopted terms. For example, they use the “To Feed” when they need to drink blood, and “Coming Out of the Coffin” or “Awakened” is used when someone realizes his/her vampiric identity.

Vampires who have come out of their coffins for some time are known as the “Elder Vampires”. There are also some people (not necessarily community members and vampires) who give their blood to other vampires for feeding and they are called “Donors”.

The donors give their blood for sexual favors, to earn money, or just to help a friend and other vampires approach them when they need to feed. The vampire-to-donor relationships are mostly personal and interference isn’t appreciated.

Another important aspect of their living style is that they don’t share their condition, not even with their doctors. However, some of them have disclosed their condition but couldn’t find any medical explanation.

One of the vampires of New Orleans, Kinesia, said that they try to live just like normal people and don’t go through their cyclic symptoms. The woman also said that she didn’t become a vampire by choice and it happened because she can’t live without drinking blood.

She explains that once she ended up in the emergency room because she didn’t feed on blood for about 4 months and suffered from a low heart rate and massive migraine. As Browning said, these vampires don’t even know how popular culture portrays vampires.

So, they’re not obsessed with the idea of vampires as the fantasy stories state and try to live their lives just like a normal person.

Stephen Unger and the Real Vampires of New Orleans 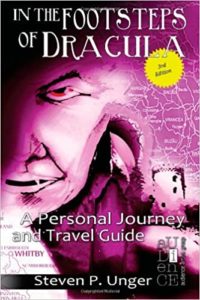 Stephen Unger, a writer, also shares his experiences with the New Orleans Vampire Association. In his book, “In the Footsteps of Dracula”, Unger tells the stories of the New Orleans real vampires.

He says that you’ll see the voodoo shops, in the French Quarter, selling the John the Conqueror roots and gris-gris at night.

Sitting Up with the Dead

The vampire families there have followed the “sitting up with the dead” custom for hundreds of years. It’s a tradition that New Orleans vampires follow when a family member dies. A close family friend or a relative stays with the dead body until it’s buried.

The vampire community members say that they do it just to show their respect for the dead. However, it’s an old tradition belonging to vampire folklore that goes back to medieval Eastern European history. The person staying with the dead body tries to observe different paranormal activity signs including:

All these signs show impending vampirism. The vampire folklore also says that vampires need to take some steps if they see a shadow falling over the coffin or corpse in order to make sure that the corpse doesn’t return from the dead. Driving a stake into the dead body is probably the most common way to deal with the impending vampirism.

How Did it All Start? 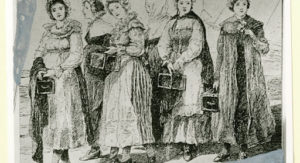 You can go to New Orleans and ask the real vampires about their origin and all of them will tell you the exact same story. It all started with the “Casket Girls”. The majority of the people who first started living in New Orleans weren’t welcomed anywhere else back in the early 18th century.

Most of them were petty criminals, gold-hunters, trappers, felons, and slaves. The founders of the city asked the officials from France to send women who can be the prospective wives for the people living in New Orleans.

That’s how the Casket Girls arrived in New Orleans and they were sent to the Ursuline Convent. Many people say that they were virgins and fine young girls but there are many who believe that they were vampires.

Later in 1978, two young reporters tried to solve that mystery based on the vampire stories and rumors. They requested to see the coffins of Casket girls and then they set their equipment inside the Convent.

However, the next morning, their almost decapitated bodies were found on the convent’s front porch steps. Reports also say that about 80 percent of the blood was gone from their bodies and this murder case still remains a mystery.

A person named Jacques Saint Germain claimed to be the direct descendent of Le Compte De St Germain. Compte was born in the early 18th century but he claimed that he was a 6,000 years old vampire. People used to say that Compte never ate or drank anything except red wine.

He died in Germany but there are reports of his sightings throughout Europe. In simple words, Compte was a mysterious figure and that’s why Jacques Saint Germain claimed to be his descendent. Jacques started living in a house located in the French Quarter of New Orleans.

Every evening people used to see Jacques with a different young woman. It was a cold December night when people started hearing a woman screaming. The sound was coming from the French Quarter house of Jacques Saint Germain.

People immediately called the authorities and when the police investigated Jacques’ house, they were welcomed with the stench of death. They found human blood all over even in some bottles. After that, no one has ever lived in that French Quarter home.

The Story of the Carter Brothers

In 1932, the police found a panicked young girl near Royal Street who was telling a weird story. Everyone thought that her story was far-fetched. She said that two brothers tied her up and there were some other victims as well. The brothers held all of them captive to drink their blood.

She said that her rope wasn’t secure properly which helped her escape. The police officers didn’t believe any of that but they agreed to follow the girl to see everything for themselves. When they reached the house owned by the Carter brothers, located near Royal and St. Ann, they found something truly horrifying.

There were four people tied to chairs and all of them were half-deal and this is what the girl first described. All the victims had one thing in common. Their wrists were stained with blood and wrapped with bandages.

The police also find a couple of more bodies in another room. The entire house was filled with the unmistakable smell of blood and death. The girl said that the Carter brothers leave the house early in the morning and return just after dark.

She also said that when they return to the house, they grab a knife to reopen the wounds by taking the bandages off of the wrists of their captives. They used to catch the blood in cups and bottles to satisfy their hunger by drinking it as a food source.

Wayne Carter and John Carter were unaware that the girl had escaped and they returned to their house right after dark and the police apprehended them. Both of the brothers accepted their crimes immediately and they begged the police to kill them.

The Carter brothers also explained that they are blessed with eternal life because they’re real vampires and will do the same if released.

The Current Status of the New Orleans Vampire Association

As mentioned earlier, the New Orleans Vampire Association is a non-profit vampire community and it consists of self-identifying vampires. The organization also represents an alliance between different vampire families belonging to the same community and living in the Greater New Orleans Area.

The organization was founded back in 2005 and now its primary purpose is to provide charitable outreach, education, and support to those people who are in need. The official website of the New Orleans Vampire Association also says that the founding members and other workers of the community have taken out food every year on Christmas, Thanksgiving, and Easter to those people who are homeless or hungry, since Hurricane Katrina. 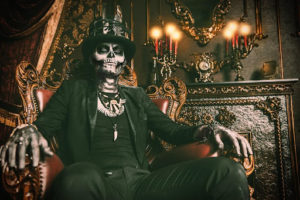 We all have heard numerous fictional stories about vampires. Even if you have never heard about classics such as The Vampyre by John Polidori and

Anne Rice is one of the biggest names who brought the concept of vampires into the modern age. She was born and raised in New Orleans and did so much for the New Orleans vampire community. People who created Twilight and True Blood owe Anne Rice a great debt because of her work.

That’s why the Vampire Lestat Fan Club of Anne Rice has been presenting the Vampire Ball event annually for 25 years on the vampiric Halloween subject. Now it takes place as a part of UndeadCon every year at the end of October for 4 days.

The Vampire Ball event of New Orleans takes place at the House of Blues and the Endless Night Festival takes place on the weekend that is nearest to Halloween. You can watch the first two seasons of the Vampire Mob for free by going to the official website of the New Orleans Association.

You can also pay a visit to Crescent City where you will have the chance to taste Absinthe. The community member of the New Orleans Association performs a proper ritual where they prepare and serve absinthe. It usually happens in the New Orleans Vampire cafes including the Absinthe House and Pirates Alley Café.

Unlike the haunting fictional stories where you see vampires as mysterious figures, real-life vampires live like normal people. Just like us, they are lovers, aunts, uncles, fathers, mothers, sisters, brothers, wives, and husbands. They also have the same routines and responsibilities and you’ll find them friendly after talking to them.