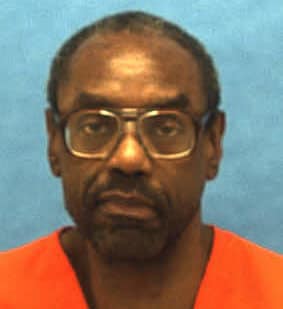 Thomas Knight A.k.a Askari Abdullah Muhammad, Edwin Van Williams was born on February 4, 1951. On June 2, 1974, he forced a couple in Florida to withdraw $50K in cash then murdered them. While Knight was awaiting trial for his murder, he and 10 other inmates escaped from prison and went on a crime spree and he murdered a store clerk in an armed robbery. On December 12, 1974, the FBI added Knight to the Ten Most Wanted Fugitives list. He was apprehended on December 31st of the same year and was sentenced to death for the Miami murders in 1975. Knight stabbed to death a corrections officer while on death row and he was finally executed on January 7, 2014, after spending 39 years on death row.

Thomas Otis Knight was born in Fort Pierce, Florida. When he was nine years old, he started getting into trouble with the law due to theft. By the time he turned fifteen, Knight had become a wanted man in his state and was sent to prison for burglary. That same year, he was committed to the Northeast Florida State Hospital in Macclenny, where he would be diagnosed with ‘drug intoxication’ and ‘paranoid personality disorder’.His dad was an alcoholic, who beat his kids and once raped Knight’s sister in front of him.

On July 17, 1974, Thomas Knight, armed with a rifle, ordered his boss Sydney Gans and his wife Lillian Gans to drive to a bank and withdraw $50,000 in cash. Sydney withdrew the cash and alerted the bank’s personnel about what was happening so that the authorities could be notified. Police tracked down their vehicle at a secluded construction site where they found both Lillian and Sydney dead from gunshot wounds. Knight fled from the scene on foot but was eventually caught by authorities many hours later.

The murder of William Culpepper during prison break (October 21, 1974)

On September 19, 1974, eleven inmates broke out of the Miami-Dade Jail in Florida. One of them was Thomas Knight. Within two days all of the prisoners were captured except Knight and two others. On October 21, 1974, Knight and an accomplice robbed a liquor store in Georgia where he shot two clerks. William Culpepper died at the scene while another clerk, A.V. Norton was injured but survived the ordeal. The pair made off with $640 that day.

On December 12, 1974, the FBI added Knight to the Ten Most Wanted Fugitives list. He was apprehended on December 31st of the same year by the FBI SWAT team.

Thomas Knight was sentenced to death for the murders of Sydney and Lillian Gans on April 21, 1975. While he was still on death row at the Florida State Prison, on October 12, 1980, he fatally stabbed state corrections officer Richard Burke with a sharpened spoon after the prison refused to let him see his mother during her first visit. Knight killed him because of this action by prison officials, who also required that he then shave his full beard off before being allowed to see her at all, an act which upset Knight so much that he chose to kill them. On January 20th of 1983, Thomas Knight was sentenced to death again for the murder of state corrections officer Richard Burke.

Thomas Knight’s execution was delayed repeatedly because of multiple appeals and rulings. Despite all of his last-ditch efforts, the Supreme Court finally announced that they wouldn’t be overturning his sentence, meaning that he would soon be executed. He was executed on January 7, 2014, via lethal injection at Florida State Prison in Starke, Florida. That day, he became the first person to be put to death in the United States for the year 2014. After years spent on death row, which he set a record for in terms of time spent waiting for his execution before it happened, Knight finally paid for his heinous crimes with his life.