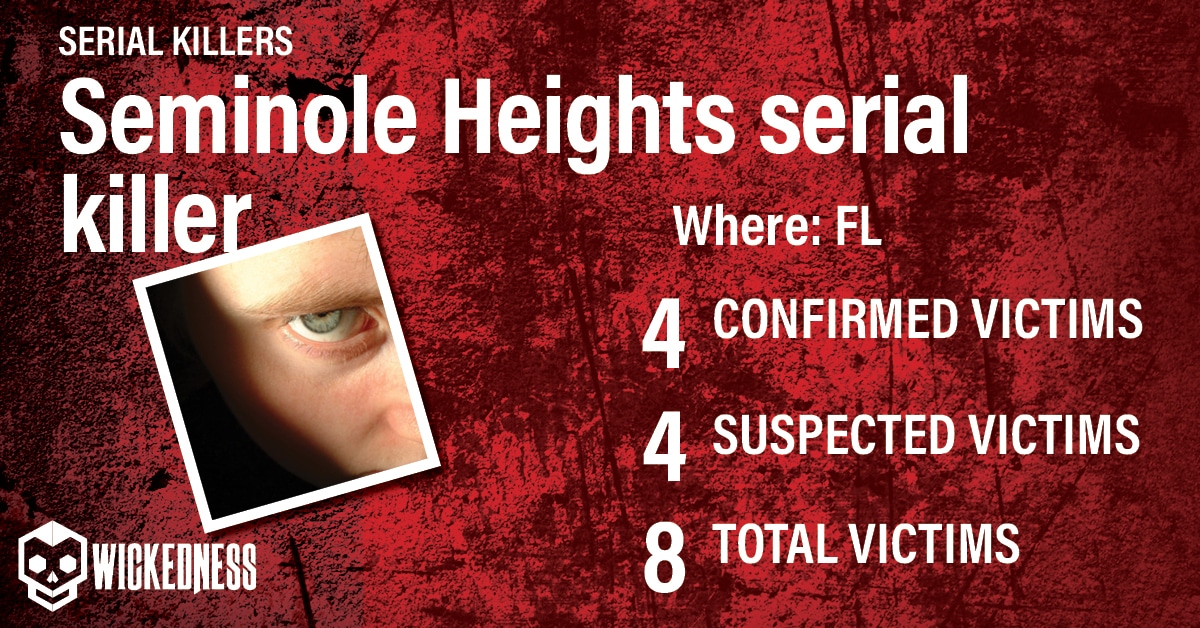 The Seminole Heights serial killer is the name given to an alleged murderer who is believed to have murdered four people in the Seminole Heights neighborhood of Tampa, Florida, between October and November 2017. All victims were shot dead seemingly at random.

Howell Emmanuel Donaldson III, who was nicknamed “Trai,” was born in the state of North Carolina. His family later moved to Tampa where Donaldson grew up alongside his older sister and younger brother.

Benjamin Edward Mitchell, a 22-year-old African American resident from Tampa was shot and killed on October 9, 2017, as he was waiting at a bus stop in Tampa’s Seminole Heights neighborhood. He is the first known victim of the Seminole Heights serial killer. Mitchell had left his home about a block away, to see his girlfriend.

On Wednesday, October 11th the corpse of 32-year-old Monica Caridad Hoffa was located by a city landscape crew as they were about to mow an overgrown field in the 1000 block on E New Orleans Avenue. Mrs. Hoffa had been shot dead while walking to a friend’s home. She may have died on October 11th or October 12th. Police stated that there was no clear connection between Ms. Hoffa and Mr. Mitchell.

On October 19th, 2017, it was announced that a 20-year-old Hispanic man named Anthony Naiboa had been shot dead near 15th Street in the Tampa area. He took the wrong bus home after work that day and ended up in an area he wasn’t familiar with. As he approached a route 9 stop, he was shot in the head and killed on the sidewalk.

On November 14, a 60-year-old Ronald Felton was crossing S. Nevada Street just north of E. Caracas Street when the suspect came up behind him and fatally shot him. Ronald had been looking forward to his volunteer shift at New Seasons Apostolic Ministries where he’d been distributing free food groceries to families in need.

Trai purchased a Glock firearm from Shooter’s World on October 3, 2017, and picked it up on October 7. He also purchased a 20-round box of SIG brand Smith & Wesson ammunition. Only two days later, police say Donaldson used his Glock firearm to kill Benjamin Mitchell. Within ten days of the murder, two other people were found dead in similar circumstances – Anthony Naiboa and Monica Hoffa.

On November 28, 2017, police arrested Donaldson at Mcdonald’s outlet in Ybor City where he worked. He handed a bag which contained something heavy to his manager at McDonald’s and asked her not to look inside and just throw the bag away in someplace where no one would find it. The manager took the bag and gave it to a police officer in the restaurant so they could check what was inside. They found a .40 caliber Glock inside of it.

After further investigation and it was revealed that the gun found in Donaldson’s bag was probably the one that committed the killings. Also, his phone records seemed to show him near where the killings happened. Clothing similar to that seen in surveillance footage of the killings was also found in Donaldson’s vehicle. As a result, police charged Donaldson with four counts of murder. He initially claimed ownership of the pistol and stated he had not done anything wrong but did not confess to committing the killings.

Howell Donaldson III was charged with four counts of first-degree murder on December 7, 2017. He pleaded not guilty to the charges five days later. On January 23, 2018, Hillsborough State Attorney announced that he would seek the death penalty against him.

Donaldson’s trial was scheduled to start on August 10, 2020, but a judge granted a defense motion for Donaldson to be tried for each murder separately, citing the different circumstances surrounding each victim. Donaldson (Seminole Heights serial killer) could face the death penalty if found guilty.