The Other Baton Rouge Killer 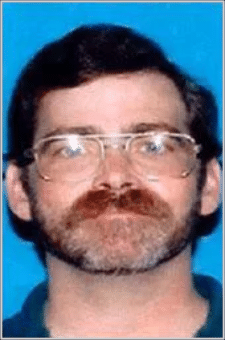 Sean Gillis was born Sean Vincent Gillis on June 24, 1962. He is a serial killer who was convicted of multiple counts of murder, sexual assault, and necrophilia in the state of Louisiana. His most notable victims include Katherine Hall, Johnnie Mae Williams, and Donna Bennett Johnston whose bodies were found mutilated post mortem in his house. In 2004 he was arrested and sentenced to death row while awaiting execution at Angola state penitentiary on October 12th, 2014.

Sean Gillis was the son of Norman Gillis and his mother Yvonne. He was raised by his mother despite having a father who left when he was born. In his teens, he began expressing more violent tendencies that boiled over into physical violence at times when dealing with other people around him.

Sean Vincent Gillis has had run-ins with the law dating back to 1980 when he was charged with criminal trespass but pre-murder charges stemmed largely from minor legal infractions such as a traffic ticket, a DUI, and marijuana possession.

Police believe that serial killer Sean Vincent Gillis did not commit his first murder until March 21, 1994.

It was then when he broke into the small apartment of 82-year-old Ann Bryan during the early morning hours. However, his intention wasn’t to murder but rather rape her. He had brought a hunting knife with him and it was this weapon that he used to cut the old woman’s throat when she began screaming and would not stop. As she lay bleeding on the floor of her apartment, Gillis allegedly stabbed her repeatedly as well as slashed her body multiple times with his knife. It is reported that he stabbed her 50 times. Bryan’s murder remained unsolved until 10 years later.

Nearly five years passed before Sean Vincent Gillis murdered someone. Gillis waited so long before killing his next victim because he was happy, this is according to a reporter who spoke to him after his arrest. His neighbors did not like him because he was strange and gave them the creeps.

Sean Vincent Gillis had his next victim lined up. Katherine Hall was a 30-year-old black female who worked as a drug addict. She frequently made deals at corner stores, often in the infamous North Street area of St John’s, which has been known for decades for being a hotspot for pimps and prostitutes. One night, when Ms. Hall got into Mr. Gillis’s car on a chilly evening in January 1999, he overpowered her, placed her in orange plastic handcuffs, choked, and stabbed her. He then sexually assaulted and mutilated her body.

Some four months later, Schmidt, an avid runner of 52 years of age was seen on an early morning jog by Gillis. He ran her down with his car and knocked her into a ditch. While she was dazed and confused, he got out of the car and placed a cable around the neck, and began choking her to death. Then he shoved her into the car and took Schmidt to a nearby park where he raped and murdered her then mutilated her body with a knife. A bicyclist found the body on one of the routes to New Orleans where it has been left alone for days after that.

Serial killer Sean Gillis was arrested on 2004, April 29th in Baton Rouge, Louisiana after a DNA match linked him to three murders. He was charged with the murder and stalking of 51-year-old Hardee Schmidt and the first-degree murder of Ann Bryan(81). According to the police, the women were beaten and strangled. Both their bodies were mutilated and found near remote areas. Following his arrest, Gillis confessed to other murders that he committed in the area during that period.

Initially, he was arrested and charged for the murders of Katherine Hall, Johnnie Mae Williams, and Donna Bennett Johnston. The trial took place on July 21, 2008, during which time he pleaded guilty to second-degree murder and was convicted in the killing of 36-year-old Joyce Williams. He is currently serving time at Louisiana State Penitentiary.