The Morning murderer, The Weekend murderer 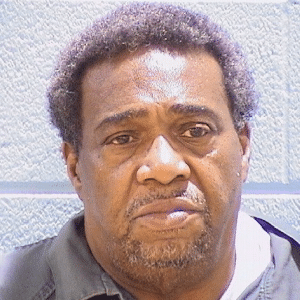 Milton Johnson is an infamous serial killer born on May 15, 1950, in Joliet, Illinois. He murdered at least ten people in a series of killings known as The Weekend Murders which got their name because two were committed during weekends. Despite his consistent efforts to cover up his crimes and avoid arrest, he eventually became a suspect after handling the crimes carelessly.

On the early morning hours of Saturday, July 16, 1983, Auxiliary Sergeant Denis Foley and Deputy Steven Mayer were fatally wounded in an ambush execution. The officers thought they were going to assist the driver of a pickup truck that was blocking the road. The gunman suddenly shot both of them as they exited their vehicle; Mayer died shortly after being shot while Foley got a serious bullet wound in the throat that shattered his mouth and teeth.

Another vehicle came around the curve and slowed down a few minutes later. The gunman opened fire on them, killing the driver and shooting a woman passenger six times. The car rolled down the road and into a bean field. The deputies were in trouble, but they couldn’t be found in the darkness of rural Homer Township.

Sergeant Foley was badly injured and he had some trouble communicating with dispatch. His words were mostly garbled. He was instructed to turn on the siren and shine the spotlight into the sky. Meanwhile, a young farmer living in the area dialed up county police because he heard both gunshots and sirens near his land. Officers met him after receiving the call and less than 1 minute later Sgt. Foley’s fallen body was located behind his fields on a rural road just near.

Police revealed that the two Auxiliary Officers who were murdered that fateful day had their police guns and wallets stolen right off of them. Their murder was a ruthless act, committed by unknown assailants in cold blood which also included murder victims George Kiehl, 24, Cathleen Norwood, 25, Richard Paulin, 30, and the two sheriff’s deputies were Denis Foley, 50, and Steven Mayer, 22. This incident also caused Laura Troutman to be shot multiple times but she managed to survive by crawling north towards Lemont Road for help. No one would ever be convicted of the murder of these two Auxiliary officers.

On July 17th at around 1:30 a.m., Patricia Payne awoke to a tapping on the passenger-side window followed by gunshots that struck and killed her boyfriend, Anthony Hackett. The assailant opened the passenger-side door and ordered Payne to surrender Hackett’s wallet and her purse to him. He then ordered Patricia to crawl from the car and into a  nearby pickup truck. The assailant climbed into the truck and drove down the interstate. While driving, the assailant sexually molested Payne; after exiting the interstate and stopping the truck, he raped her.

The assailant drove away again, but he didn’t manage to go for long without pulling into the shoulder again about 10 minutes later. He stabbed Payne in the chest and dumped her body onto the grassy median. A passing motorist found Payne an hour later. She was alive, but in shock and had no pulse or blood pressure. She was rushed to Joliet hospital where a team of doctors carried out emergency surgery to prevent her from bleeding out any further. Payne survived.

In July 1983, Ann Shoemaker was driving one evening when a dark-colored pickup played cat and mouse game with her. She followed the truck and memorized its license plate number and once she got away safely, she reported it to the police. The police ran a check and discovered that the plate belonged to Sam Myers, Milton Johnson’s stepfather.

A search of a truck belonging to the defendant revealed Caucasian hair samples that were similar to Patricia’s. They also found bloodstains, reddish-brown fibers and a sales receipt for a Tasmanian Devil stuffed doll. Because of this evidence, the police were given a warrant to search Myers’ house where he lived. In his bedroom, they seized three .357 Magnum cartridges from a dresser.

On March 6, 1984, Patricia Payne was shown five mug shots. Milton Johnson’s photo was the only one she had seen on September 6, 1983. After several minutes, Payne tentatively identified the defendant as her assailant. On March 9, 1984, she went through a six-person lineup in which each person repeated commands that the assailant had said to her during the day of her ordeal. Finally and unmistakably, she pointed out Milton as her attacker.

Milton Johnson was handed down a series of consecutive sentences for the first-degree murder of Hackett as well as for kidnapping, illegal sexual assault, rape, and attempted murder of Patricia Payne. Johnson had passed on his right to ask for a sentencing jury at the trial but again having waived that right; he was considered eligible for the death penalty. The sentencing court further decided there were no mitigating circumstances sufficient to preclude it from delivering that sentence. Johnson was sentenced to death for the Hackett murder along with concurrent terms of 40 years’ imprisonment for deviate sexual assault, rape, and attempted murder.

Milton Johnson filed a post-conviction petition but was dismissed. He is serving his sentence in Menard Correctional Center