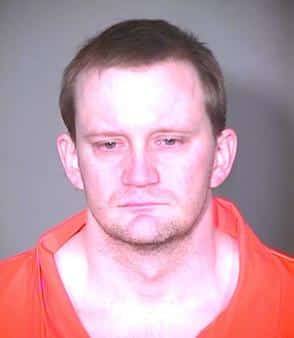 “The Serial Shooter(s)” Dale Hausner (born February 4, 1973) and Samuel John Dieteman (born October 17, 1975), were an American serial killer team who terrorized Phoenix, Arizona from 2005-to 2006. Their murders coincided with those of another local serial killer, Mark Goudeau. Detectives believe the pair was responsible for eight murders and at least 29 other shootings in the Phoenix area (some reports put the number as high as 38 incidents).

Dale Shawn Hausner worked as a custodian for Phoenix Sky Harbor International Airport since 1999. Besides his day job, Hausner also worked as a boxing photojournalist for RingSports and Fightnews.com. Samuel John Dieteman, on the other hand, had a history of petty crimes such as shoplifting and drunk driving (and returning to Arizona after living in Minnesota).

The victims of Hausner and Dieteman were mostly random pedestrians that seemed like easy targets to the depraved pair as they cruised around in their car at night. Their weapons of choice were a .22 rifle or a .410-gauge (small-gauge) shotgun, but in the case of Timothy Davenport, he was stabbed to death after being distracted by Hausner. The duo was found guilty of the following murders.

David Estrada who was 20 at the time was shot to death on June 29, 2005, in Tolleson, Arizona by the Serial Killers Dale Hausner and Samuel John Dieteman.

Nathaniel Shoffner was tragically shot to death on November 11, 2005, trying to protect a dog from being smashed by the Serial Killers Dale Hausner and Samuel John. Nathaniel was 44 at the time.

The serial shooters” returned to make another kill in the Mesa shooting on July 30, 2006, which would be their last crime. Robin Blasnek (22) was walking from her parents’ house after having a heated argument with her boyfriend where she was shot and killed. On August 3, Phoenix police released a statement linking her murder to the serial shooters’ citing forensic evidence and similarities found in past crimes.

The Serial Shooters’ of Phoenix, Arizona shot other pedestrians, cyclists and horses before and Police originally suspected a lone gunman was responsible for 4 murders and 25 shootings that began in May 2005. They also believed that another offender committed a series of 13 shootings in the same area, but authorities on July 11, 2006, grew suspicious after noticing striking similarities between the shootings.

On August 3rd, 2006, Samuel John Dieteman and Dale Shawn Hausner were arrested for their involvement in the Phoenix Serial Shooter case. The arrests came following a tip from Ron Horton, a longtime friend of Dieteman. Horton informed Phoenix police that he had overheard his friend’s confession while they were consuming alcohol. On August 4, 2006, Phoenix police released further details regarding their arrests when they announced that they had arrested two men in connection to the Serial Shooter case – Samuel John Dieteman and Dale Shawn Hausner.

The duo was also linked to two arson fires at Wal-Mart stores that happened on 8th June. The fires cost approximately $7-10m in damages.

Dale Shawn Hausner was sentenced to death six times, on March 27, 2009, after being found guilty of 80 felony charges in one single trial that included murder, attempted murder, arson, animal cruelty, and drive-by-shootings. He committed suicide in prison. Samuel John Dieteman was sentenced to life imprisonment without the possibility of parole. Investigators believe they were responsible for eight murders and at least 29 other shootings. Hausner’s brother Jeff was sentenced to 25 years in prison for his assistance in some of the shootings.