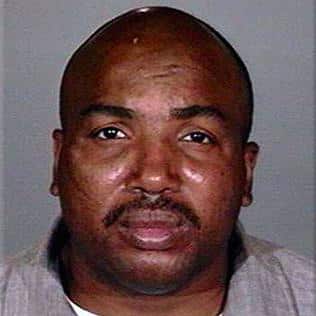 Serial killer Chester Dewayne Turner (Chester Turner), born November 5, 1966, in Warren, Arkansas, was charged with the murders of 10 women in Los Angeles. On April 30, 2007, Chester Turner was convicted for all 10 murders and was also found guilty of the death of one of his victim’s unborn child. On July 10, 2007, Turner was sentenced to death.

Chester Turner moved to Los Angeles when he was five years old in 1992 with his mother, who had recently separated from his father. He studied at public schools but dropped out of high school. With a job working at Domino’s Pizza as a cook and delivery person as a young man, he lived with his mother until she moved to Utah. After that, Chester bounced around living in homeless shelters or missions. Turner had a long list of offenses on his record from 1995 to 2002, he was jailed six times for nonviolent offenses. Turner was also charged with assaulting an officer on April 9, 1997.

Chester Turner was connected to a total of 13 murders that took place in Los Angeles between 1987 and 1998. Eleven out of these thirteen murders occurred on either side of Figueroa Street, which is located on the east side of Los Angeles County where it runs from Gage Avenue to 108th Street. Two of the other murders did not occur within this set corridor one was Paula Vance, 24. The victim was found in business at Olympia Tool in Azusa, and another murder victim was Brenda Bries, 39; body found strangled to death inside a portable toilet near Little Tokyo.

Turner was convicted of raping an elderly woman in California in 2002. He was serving an eight-year sentence when a DNA test performed following the conviction identified him as a suspect for the murder of Vance and Beasley. Once detectives had established a connection between Turner and these cases, they began examining his background thoroughly. Out of the 11 attacks, nine were linked to him using DNA evidence.

According to sources, serial killer Chester Turner was linked to these unsolved murders using DNA evidence. The victims include Diane Johnson, age 21 whose body was found partially nude and strangled in a Los Angeles roadway construction area west of the Harbor Freeway; Annette Ernest, age 26 who, like the first victim, was found lying on a shoulder of a road, partially nude and strangled; and Anita Fishman age 31, who was also discovered with signs she had been strangled and left partially nude outside a garage in an alley off Figueroa Street. Other victims included Mildred Beasley (45), Regina Washington (27), Desarae Jones (29), Andrea Tripplett (29), and Natalie Price (31).

To solve the case of the notorious serial killer, the LAPD turned to past cases where the same individuals were convicted. They reviewed three similar scenarios where Tammie Christmas, Debra Williams, and Mary Edwards were killed in an area Turner was known to be operating. In Jones’ trial back then, prosecutors relied on other evidence such as coerced statements from him and his accomplice Shelley Dennison rather than DNA technology which wasn’t a widely used concept back then. But thanks to the hard work of detectives using current technology and renewed interest in the cases by lead detective Bob Hansen

It was discovered that Chester Turner was responsible for two of the murders for which Jones had been convicted – those of Williams and Edwards. He was also exonerated about his 2000 conviction, where it had initially been found during sentencing that he had committed rape. The new investigation revealed that the blood-typing evidence did not match the blood types found at the crimes for which he spent 11 years in prison.

Jones was released from prison in March 2004, and he filed a lawsuit against the City of Los Angeles. Jones was awarded $720,000 in compensation.