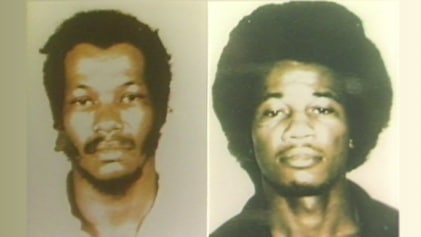 The Briley Brothers – Linwood Briley, J.B., and Anthony – were responsible for a murder spree across the city of Richmond, Virginia during the 1970s. In a reign of terror that spanned seven months, the Briley’s struck their victims in every which way possible, ranging from men to women, black or white victims, affluent and poor neighborhoods alike.

The three Briley brothers – Linwood born March 26, 1954, James born June 6, 1956, and Anthony born February 17, 1958 – were born to a stable family on the northeast side of Richmond, VA. The neighbors loved the brothers because they would help them fix their cars or mow their lawns.

In Brileys’ house, a weird and dark world somehow shrouded everything. The three boys had a strange obsession with collecting deadly pets such as tarantulas, piranhas, and boa constrictors. They even fed live mice to their boa constrictor. Their father was uneasy enough by how strange his children were that he kept his bedroom locked at night. The Briley siblings only feared their father because they know he won’t hesitate to punish them for their wrongdoings.

In 1971, Linwood Briley, just 16 years old at the time, decided to hold a rifle from his bedroom window and shoot next-door neighbor Orline Christian as she passed by her window sill.

The crime almost went undetected until her loved ones noticed a small bloody mark on her back during body viewing. The police began to investigate upon listening to a report that the funeral director found a small-caliber bullet wound in her back. The detective soon discovered that this type of murder weapon could only have come from one place: Briley’s home! And it didn’t take long until Briley admitted he committed the gruesome deed because “he heard she had heart problems and she would have died anyway ”

​Linwood Briley was forced to go through a year of reform school as a consequence of killing his next-door neighbor. His younger brother, James or “J.B.,” however followed in Linwood’s path at the same young age, having been sentenced to a term in juvenile hall for having pulled a gun and fired during a peaceful pursuit.

The Briley Brothers and Duncan Meekins, an accomplice began to go on a seven-month rampage of random killings in 1979 making the lives of many living within the city and nearby areas an absolute nightmare.

On March 12, 1979, the Briley Brothers attacked a home in Henrico County Virginia claiming that they needed to use the phone. Once inside, Linwood Briley pulled out a gun on William and Virginia Bucher and waved his brother Anthony inside. The two tied up their victims and robbed them of the valuable property before setting the house on fire.

The Butchers managed to free themselves just before the house became engulfed in flames and they were the only survivors of the killings by the Briley brothers.

Michael McDuffie, a well-renowned vending machine serviceman was killed on March 21 by members of the gang who used extreme force to break down his suburban home and then fatally shot him and then stole his valuables.

April 9th is remembered as the day the Briley’s brothers murdered 76-year-old Mary Gowen after following her across townhome from babysitting. They entered her home, beat, raped, and robbed her before finally shooting her dead. The brothers escaped with many of her possessions.

The 17-year-old Christopher Philips was killed on July 4th when the Briley Brothers thought he was trying to break into the vehicle. Due to this suspicion, gang members surrounded him and held him down in a nearby garden while they proceeded to beat up Philips. When he started screaming for help, Linwood murdered him by dropping a cinderblock on his skull, crushing it.

James Briley and his gang murdered disc jockey John “Johnny G.” Gallaher on September 14. He was performing with his band at a nightclub when he came right into the hands of the gang while stepping outside between sets for a break. Linwood managed to grab hold of him by the arm and then manhandle him into the trunk of his Lincoln Continental car. He was then driven out to Mayo Island where he was removed from the trunk and shot dead at close range before being dumped into the river. His body was found two days later by local fishermen who reported that he had suffered six gunshot wounds when they discovered it. When arrested months later, Linwood still had the engagement ring stolen from Gallaher’s hand on his finger.

The gang crushed the skull of 62-year-old private nurse, Mary Wilfong, with a baseball bat on September 30th. The gang surrounded her just outside the door and Linwood, who is believed to be their leader, carried out the murder. After this, the gang entered her apartment and looted it of valuables.

79-year-old Blanche Page and her 59-year-old boarder Charles Garner were viciously beaten to death by the gang members on October 5th. Page was bludgeoned to death while Garner was fatally assaulted with a variety of weapons ( including a baseball bat,  knives, scissors, and a fork ) that would be later left embedded deep in his body during the time of the attack.

The last victims of the Briley Brothers were Harvey Wilkerson, 27, a man who had been close friends with the brothers for a long time; Judy Barton, who was 5 months pregnant; and little Harvey Wayne Barton. Both adults were restrained by duct tape in their homes. Then Linwood raped Judy in the kitchen while another accomplice named Meekins continued the assault on her. Linwood dragged Barton back into the living room, briefly rummaged in the premises for valuables, and then left the house. Meekins took a pistol and fatally shot Wilkerson in the head. James then shot Barton to death. Harvey followed shortly thereafter.

The Police, who was in the area heard the shots, and later saw the killers running down the street but they didn’t know where the shots had been fired. The bodies of the three victims were not discovered until three days but the police rounded up the gang members soon afterward.

When Duncan Meekins was interrogated over his role in the murders, he accepted a plea negotiation that involved testifying against the Briley Brothers to avoid the death penalty. As a result, he escaped the death penalty and was briefly incarcerated at a Virginia correctional facility away from any of the Briley brothers.

Anthony Briley, the youngest of the trio, was handed one life sentence with parole eligibility due to his limited involvement in the killings. Linwood Briley was sent to death row for the abduction and murder of Gallaher. James Briley also received two death sentences, one for each of the murders of Judy Barton and her son Harvey. Both were assigned to Mecklenburg Correctional Center near Boydton in early 1980.

The Briley brothers; James and Linwood were the masterminds behind a prison escape which was six inmates in total from Virginia’s death row at Mecklenburg Correctional Center. The Briley’s went on to live near their uncle. On June 19th, 1984 the FBI and police forces stormed his uncle’s house where they had determined the Briley brothers were staying because they were placing wiretaps on their uncle’s phone line.

The fate of the Briley brothers was soon sealed. James and Linwood were sentenced to death by electrocution at the Virginia State Penitentiary. Linwood was executed first on October 12, 1984, on Virginia’s electric chair. The youngest brother, Anthony, remains incarcerated within the southern state’s corrections system and comes up for parole consideration every few years but to date, all his applications have been denied by the state’s parole board.