FBI (Federal Bureau of Investigation) dropped the spree killer classification in 2008 after discussing the validity of a spree killing or spree murder. That’s because the law enforcement officers believed that this classification had no practical value.

According to the spree murder general definition, a spree killer is a person who has committed two or more murders without any cooling-off period. The definition also suggests that the lack of cooling-ff period marks is basically the primary difference between a serial murder and spree murder.

The FBI discussed the definitional problems relating to serial murder and spree murder and the cooling-off period concept and said that the separate spree murder category doesn’t help law enforcement in any way.

There are similarities, as well as differences, between these concepts and criminological researchers offer a lot of useful information regarding them. Let’s discuss each concept in detail.

Serial killers, unlike spree killers and mass murderers, have cooling-off periods and they select their victims between murders. In fact, some serial killers, including Israel Keyes and Ted Bundy, also travel from one place to another to find their victims.

Most serial killers also have some major similarities and same patterns that police investigators can easily identify. However, it still remains a mystery what motivates serial killers and how they have such strange behavior.

Definition Of a Serial Killer

It’s easy to think that you can define a serial killer but it’s not as easy as it seems. The psychological profile, organizational tactics to commit a crime, and rationales of a serial killer can vary radically from one serial killer to another.

However, the basic definition says that a serial killer is someone who commits a series (three or more victims) of murders over a long period of time. it can be over the course of even decades.

According to the FBI, a serial killer is a person who has murdered three or more people over at least a cooling-off period of a month in separate incidents. There are many popular names such as Jeffrey Dahmer, who devolved in this way.

Probably the most popular serial killer of the 20th century is Ted Bundy. Before his eventual capture, he committed about 30 murders from 1974 to 1978. 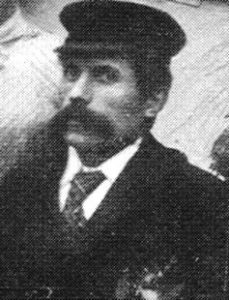 On the other hand, the most popular serial murder case of the 19th century is linked to “Jack the Ripper”. He killed multiple young women in 1888 in London. Later in 1896, another case of serial murder took place in the United States. 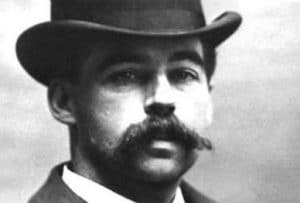 This case is linked to H.H Holmes (Herman Webster Mudgett), who committed 27 serial murders. Keep in mind, a serial killer commits murders in separate events, and serial murder is usually driven by pleasure or psychological thrill.

According to the official literature, there are only two different types of serial killers, which are disorganized and organized. You might think that all serial killers have somewhat the same thought process.

In addition, there is a strong tie between a particular psychological profile and serial killing. Serial killers are usually psychopaths and not sociopaths, (antisocial personality disorder) and these two terms should not be used interchangeably.

Psychopaths are often extremely professional and charming but they don’t have any sense of morality or empathy. Whereas, sociopaths don’t fit into any society because of their nature and it leads to a lack of personal connections, unemployment, drifting, and disconnection. 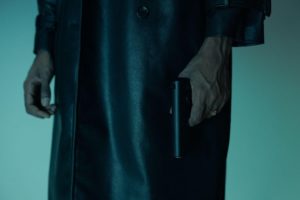 A criminologist, Ronald Holmes, from the University of Louisville, published a study about serial killers in which he identified different types.

The visionary serial killers are usually psychotic and they are compelled to kill people because they see visions or hear voices that order them to kill certain types of people.

A good example of a power-oriented serial killer is Pedro Alonso Lopez. He used to capture kids to control them even after killing them.

This type of serial killer kills for pleasure and thrill. They also become sexually aroused and enjoy the act of killing. Lust Killer, Jerry Brudos, is one of those serial killers who fits this profile.

The mission-oriented serial killers target a certain group of people because they firmly believe that they are not worthy of living. They target a specific race or color in order to eradicate them as they think that the world would be a better place without them.

The FBI says that there is not a single identifiable factor or reason that causes the serial killer’s development. In fact, there are a wide range of factors that lead people to become serial killers. However, the personal decision of the serial killer is the most significant factor.

As mentioned earlier, defining the differences between serial killers, spree killers, and mass murderers is not simple and it’s the source of an ongoing debate between experts and criminologists.

However, most experts say that the term “spree killer” is usually dropped and people use serial murderer or mass murderer instead.

Because of the performance and the way of committing a crime, the definition of a spree killer differs from a serial killer or mass murderer. A mass murderer kills multiple people during one or more events over a very short period of time. On the other hand, a spree killer kills people in several different locations over a longer period (several days).

According to the FBI definition, a spree killer is a person who kills two or more victims without a cooling-off period at more than one location. Although spree killers commit murders in separate locations, their overall spree is still counted as a single event.

Usually, killing sprees of a spree killer are accompanied by another felony. The FBI also says, between the murders of a spree killer, there must not be any emotional cooling-off period. According to the spree killing definition of the United States Bureau of Justice Statistics, a spree killer is a person who performs killing at two or more locations without taking any break between murders. 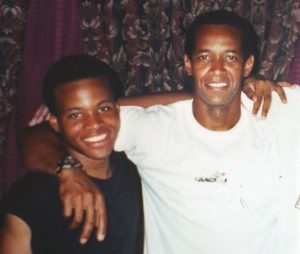 The Beltway Snipers are undoubtedly one of the most horrifying examples of spree killers. In October 2002 Lee Boyd and John Allen went on a killing spree. However, their killing spree started way earlier (February 2002) and not many people know about it. 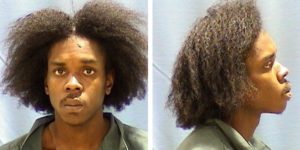 Another person who fits the spree killer patterns is William Balfour who murdered the Jennifer Hudson family.

Spree killers are rarer than serial killers and mass murderers. That’s because killing people without taking any break isn’t very common but it still happens. One of the major differences between a serial killer and a spree killer is the idea behind their motivation.

Spree killers don’t take any cooling-off period between their murders and they also don’t stop to reconsider their actions. Another major difference between spree killers and serial and mass murderers is the total number of their victims. 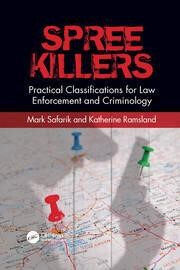 In a book called “Practical Classifications for Law Enforcement and Criminology”, Ramsland and Safarik defined the following types of spree killers.

Targeted spree killers know their targets and they can be easily identified and stopped as compared to other types of spree killers.

These spree killers possess a more generalized need to punish or act out. The multiple victims that the opportunistic spree killers select are in the wrong place at the wrong time.

These spree killers first target one or more victims. However, then they extend their spree killing because of opportunistic circumstances or randomly.

The spree killers who are on a mission have a sense of purpose. Most of the time they are delusional or disjointed. However, they can also be clearly articulated and they and the following subcategories.

They are impacted by psychotic illnesses such as bipolar disorder, severe depression, and schizophrenia. Sometimes there are some other kinds of borderline personality disorders that also exist that are caused by environmental pollutants and drug misuse. The majority of psychotic spree killers that we know were diagnosed with paranoid schizophrenia.

They typically conduct terrorist activities or hate crimes in the name of a great cause. These murderers believe they are serving a greater cause and that only violence will attract attention to it. They kill people because they think their actions will encourage others to stand up and follow in their footsteps.

This is frequently done in the service of a religious conviction or a political philosophy. Delusional aspects exist, generally in the form of non-bizarre incorrect beliefs, although not to the extent that psychotic killers do.

They are driven by the belief that they have nothing to lose. Their haste is frequently suicidal and illogical. In general, police are aware of their identification, and what motivates them is the belief that they must continue to move until they are stopped, at which point they will halt.

They frequently target victims randomly and travel from one place to another to get ahead of their pursuit. They may break into homes or perform robberies if they are in need of resources.

This type of spree killer experiences some sort of mental illness, similar to mission spree killers. However, they do not have any clear mission and they usually kill people without any prior planning.

This category contains both robbery and thrill-seeking. When excitement is a major motivation, stealing might be an afterthought or sporadic, particularly when it involves money or car theft. The deaths are truly senseless, and the brutality is extreme, especially when it comes to removing witnesses.

This, along with the usage of many firearms, demonstrates that exhilaration is often associated with robbery. Desperation may be apparent in this type of spree killer, who frequently operate in pairs or groups.

While there are differences between serial killers, mass murderers, and spree killers, all of them are monsters and they kill innocent people.

We hope this guide will help you understand what motivates serial killers and spree killers along with their psychology and different types.