The scariest thing about killers isn’t their twisted minds but how good they blend in with the rest of society. You can’t spot a serial killer unless you pay close attention to everyone’s traits. Think about it, Serial Killers Interviews means one is sitting face to face with a human who’s demonstrated evil. You are looking into the eyes of evil while that evil explains, and sometimes justifies their evil.

And even then, you won’t be able to know for sure because most serial killers wear a mask of sanity and have charming personalities. Take Ted Bundy for example. He was described as a real charmer.

If you’re interested in learning more about killers, you’ve come to the right place. Below, I will discuss some of the most notorious serial murderers and find out why authorities and media interview serial killers.

Why Does The FBI do serial killer interviews? 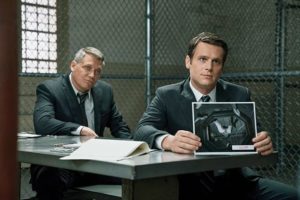 A Scene from the Netflix series MIndHunter, Based on how FBI extract information about victims from the Killer.

Interviewing killers seems like a waste of FBI resources because they’ve already been arrested and sentenced to death for their crime or got their life sentences.

No matter what they say, you can’t sentence a serial killer twice, so why bother at all? Well, serial killers (often men) have information that the authorities and people affected by their crime want, such as the exact number of victims or the location of their bodies.

And because most killers aren’t forthcoming people who would willingly give up details about their crime, especially when they know there’s no benefit from doing that, authorities and media try to extract that information in various ways like interviews.

Take the serial killer, Samuel Little for example. He was convicted of killing 3 women in 2014. However, investigators suspected he killed more people. They just lacked the hard evidence to prove it.

However, during his interviews, he confessed to murdering 90 women over the last 35 years. Clearly, the FBI has some effective tricks to interview serial killers.

Why Do People Like Listening To Interviews Of Serial Killers?

Extracting confessions from killers has provided more insight into the darkest areas of the human psyche. When listening to these interviews, you realize that these people represent pure evil.

The interviews also capture the mask of sanity that most serial killers and psychopaths wear. This mask helps them blend into society. I’m personally fascinated with their poor attempts to justify their horrible crimes. They describe some of the most horrible things imaginable. So why do people find it interesting?

Well, viewers usually forget that they’re watching true crime and not a horror movie. And because most people would never take a human life, they’re interested in learning about the reasons of killers or their negative life experiences to try and understand why they committed murder or multiple murders.

However, what most people don’t understand about serial killers is that they don’t have specific reasons for committing murder. In fact, they can’t be found not guilty by reason of insanity because they’re well aware of the difference between good and bad. They just don’t care. And they often pick random people to kill.

Still, learning about their crimes and criminal minds can help people understand how they operate. And the authorities interview these people to discover more details about their crime as well as the number of people they killed.

If you’re interested in learning about the following serial killers, you can check out the interviews below each description. However, I encourage you to type in their names in YouTube’s search bar or Google and find out more details about their stories in their own words. 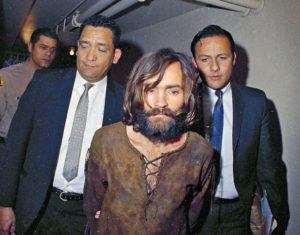 Charles Manson, the most infamous serial cult leader, was known for insulting or mocking interviewers. For instance, he once told his interlocutor that she needed to lose weight.

He had a street smart, outrageous, and persuasive character. You can see in some of his interviews that he thought he was innocent. Manson claimed that he hadn’t committed any crimes.

In one of his interviews, he indirectly threatened his interviewer by explaining that if he wanted to kill somebody, he would take the book and beat the interviewer to death with it. He also said that he wouldn’t feel any type of way. “It would be just like walking to the drug store”, Manson said himself.

What people found interesting and frightening about Charles Manson was his self-proclaimed sympathy for people and lack of emotion. However, it’s maybe his cold, unapologetic perception of human nature as well as frankness that’s somehow managed to captivate and control a cult following.

Manson described being with bums and prostitutes and winos all his life to gain a little empathy. The street was his world. He never pretended to go uptown and act fancy.

He could very well do that but found the real world more amusing because it was something that he had to deal with every day. In my opinion, he was a cruel person with no feelings. 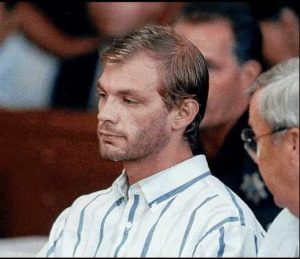 People have explored the strained relationship between Jeffrey Dahmer and Lioner, his father in several books including “A Father’s Story” and “My Friend Dahmer”.

You can also watch some interviews which include the two individuals and their bizarre conversation. In some of the interviews, he talks about his murders while his father calmly listens and reacts.

Jeffrey Dahmer, as you probably already know, was a chocolate factory employee. Dahmer was accused of raping, torturing, killing, dismembering, and even in some cases, eating 17 people between 1978 and 1991. In his interviews, Dahmer was polite and controlled. He was acting like a normal person.

He didn’t show any indication of a person capable of committing such heinous crimes. And thanks to the interviews, it was revealed that he murdered for the sexual gratification he felt while dominating his victims. Some people say that he was aware of his mistakes and he was regretful but I don’t believe it.

He admitted to striving for complete control over his victims which was why he committed the murders. Dahmer said the actual act of killing his victims was the least satisfactory part. Have you heard of this serial killer? 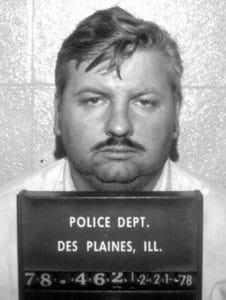 In his interviews, John Wayne Gacy explained how he used rope to strangle his victims. He was a clown who murdered, tortured and attacked at least 33 boys and the corpses of these boys were discovered on his property.

He was convicted of the rape and killing of 33 teenage boys and men between 1972 and 1978. As I previously mentioned, he was a clown who went by the name “Pogo the Clown”.

He was a well-liked member of the local community. Apparently, he was wearing a mask of sanity, until some bodies were discovered buried on his property in Chicago, Illinois, while others were discarded in a nearby river. He said that he had no remorse for his killings and denied them till the end of his life.

I keep wondering, how can you have no remorse for something that you say you didn’t do. If you’re interested in hearing interviews of this serial killer, start with the one below! 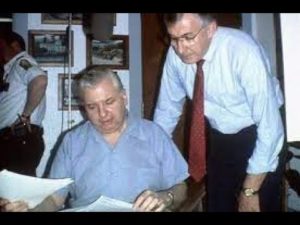 If you haven’t heard of Aileen Wuornos, I suggest that you take a look at some of her interviews as well as the best documentaries about her life. 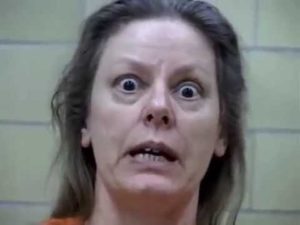 That way, you can draw your own conclusions if she’s one of the worst female serial murderers or not. In my opinion, she wasn’t the worst person in the world.

Yes, she killed multiple men but she also spared the lives of some of the men she encountered. As a child, Aileen was sexually abused by her grandfather and his friends.

Later in life, she started selling her body and became a serial killer. However, she claimed that she committed the murders in self-defense. 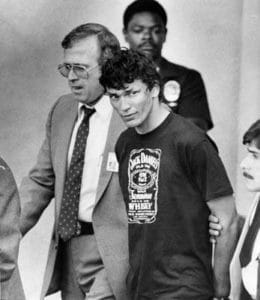 Also known as “The Nightstalker”, the serial killer Richard Ramires allowed people to take a close look at his dark philosophy of life in his interviews. In his opinion, every single person on the planet is evil.

And when compared to other serial offenders, the guy just smiled. He also stated that what serial killers do isn’t that different from what governments do.

Ramirez was known for assaulting men and women between 1984 and 1985. He killed at least 14 people. However, the number of victims could be much larger.

Ramirez also denied feeling any regular human emotions. In his opinion, serial killers represent products of the times. And these times are bloodthirsty. What’s your opinion on this serial killer? Drop a comment down below!

Watch This Video: A Conversation With Richard Ramirez – The Night Stalker – Reported By Mike Watkiss

Serial Killers Interviews – can you stomach watching these?

The media and authorities have interviewed many serial killers like John Wayne Gacy, Aileen Wuornos, Richard Ramirez, etc. And I think it’s safe to say that none has really provided a compelling interview. In fact, most interviews were a waste of resources.

Most killers rant, babble, or share rather dull stories of how they committed crimes until they were finally caught because of their bad luck or sloppiness. And that’s about it. Some of them provide detailed confessions, including the location of the bodies.

Therefore, they help their victims’ loved ones learn the truth and get some type of closure. That’s the only good reason why people should interview killers.

Lastly, most networks won’t pay for serial killer interviews. And while foreign news organizations don’t have too many issues with this, the US news companies have strict policies against this.

So, there’s not much point for most murderers to talk as they know that they will be doing so for “free”. If you have any questions or suggestions, leave a comment, and let’s keep the conversation going below!