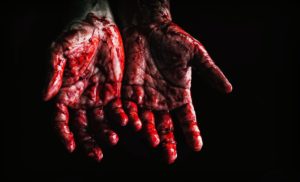 The conclusion is that not all psychopaths become serial killers. However, the brain scans of both types of people show a significantly slimmer amygdala than regular brain scans in other people.

The amygdala is in charge of many emotion-related functions including fear and since psychopaths have a slimmer amygdala, they don’t feel fear.

Moreover, they don’t empathize with other people’s fear. But what you have to remember is that these results can’t predict psychopathy and serial killings.

Psychopathy doesn’t create a serial killer. In fact, many functioning members of society share similarities in behavior and brain function with criminal psychopaths.

They’re often CEOs, law enforcement such as police officers, and lawyers. Overall, many people enter this world with psychopathic brains.

However, their tendencies usually need to be triggered by things like childhood trauma or abuse. In this article, I will discuss serial killing and psychopathy and try to find a link between the two.

That being said, let’s learn more about these people and their characteristics.

According to authorities, a serial killer is often a person who murders 3 or more people, typically in the service of abnormal psychological gratification. Usually, serial killers take a break (around a month or so) between their crimes.

Serial killers share common characteristics. For instance, many of them display different degrees of mental disease or psychopathy, which may fuel their homicidal behavior.

Someone who’s mentally ill may have psychotic breaks and think they’re someone else. Now, let’s take a close look at some of the characteristics of serial killers. 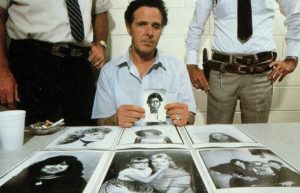 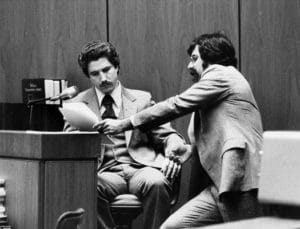 The “psychopath” term is used to describe someone who’s unemotional, callous, and morally depraved. However, the term isn’t a mental health diagnosis. Still, it’s often used in legal and clinical settings.

Psychopathy isn’t a diagnosis in and of itself, but some of the traits of psychopathy overlap with those of antisocial personality disorder (a mental health condition that’s used to describe people who break rules and act out chronically).

But not many people with this disorder are considered to be psychopaths.

Not every psychopath behaves the same. The behavior of these individuals varies greatly. Some of them become killers and sex offenders while others turn into successful members of society.

Let’s learn how to distinguish between people with psychopathic characteristics who don’t have psychopathic behavior and actual psychopaths who do exhibit antisocial behavior.

Traits of many psychopaths include:

Psychopathic traits as I already said include a lack of empathy, antisocial behaviors, a mask of sanity or superficial charm, etc.

Such traits can indicate that someone’s high in psychopathy. However, it doesn’t necessarily mean that they’re a real psychopath who can turn into a serial killer.

What’s The Connection Between Serial Killers And Psychopaths?

Some studies suggest that many psychopaths act in a more violent manner than the general population, which is why they associate psychopathic traits with violence.

Court systems can evaluate the psychopathic tendencies of criminals as a way to forecast the probability that they will commit some other violent acts in the future.

However, it’s also important to note that not every psychopath is violent. In fact, some studies have said that some psychopaths turn into super successful folks who prefer leadership positions instead of prison time. They have more conscientious characteristics as well.

These characteristics can help some psychopaths control their antisocial impulses better than those who end up committing crimes, so they’re not all violent criminals.

I also discovered that psychopaths can’t be treated, according to some researchers. Meaning, treatment doesn’t help these people. Other researchers say that certain treatments can decrease certain behaviors such as violence.

A review of literature in 2018 discovered that most of the studies done on treatment effectiveness only applied to a specific group, like sex offenders, so the treatments that show success in this group may not show the same results in other psychopaths.

The same literature review also discovered that CBT (cognitive behavior therapy) can be very effective in some cases. However, more research needs to be done to decide which cognitive restructuring methods work best and how to use them with certain groups.

What I also like to mention is that most psychopaths don’t want to improve because they don’t see why. So, they stay convinced that other people have the wrong perception of them. And as a result, it’s often those around these people who’re looking for coping mechanisms.

Can you imagine living with a person without emotions? It’s hard! Whether you believe that your family member, friend, partner, or someone close might be a psychopath, their behavior can take a mental toll on you if you’re not careful.

To keep yourself safe, you should establish healthy boundaries as well as recognize when you’re at risk of being hurt, controlled, or manipulated.

If it’s causing you distress, ask for professional help. A professional can help you and your loved one learn how to respect each other’s boundaries. However, if you think you’re in serious danger, please contact someone and protect yourself.

How To Spot A Serial Killer?

What’s most scary about serial killers is that they choose their victims at random. Also, they’re random – many individuals who have known serial killers have described them as average people.

However, luckily many serial killers do have traits that can separate them from average people.

Most serial killers have personality disorders

According to the FBI, serial killers suffer from some type of personality disorder including antisocial personality or psychopathy.

The key difference between these two disorders is that antisocial people learn this behavior during a neglected or abusive childhood. Psychopaths, on the other hand, have underdeveloped impulse control and emotional centers in their brains.

Meaning, they’re born that way. However, this doesn’t mean that most serial killers aren’t sane, which is why the “non-guilty because of insanity” defense doesn’t usually work for serial killers.

To be considered criminally insane, the person accused must prove that when they committed their killings, they couldn’t tell the difference between good and bad.

And a serial murderer usually knows the difference between good and bad. They just don’t care about the consequences of their actions. So you can easily recognize a serial killer by the lack of guilt and empathy, among other characteristics.

Most serial killers have predatory behavior 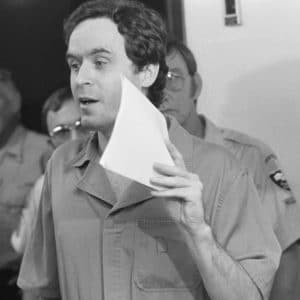 Serial killers believe they need to kill people, whereas other killers can kill because they’re provoked. A person with a predatory aggressive personality thinks other people aren’t as strong and smart as them, which makes it easy for them to justify their unspeakable actions.

Serial killers don’t have empathy for other people but they’re extremely good at pretending as they do. So, if your gut tells you someone is just pretending to empathize with you, then your gut is likely right because most people can recognize fake empathy when they see it.

A serial killer will manipulate you but you will not suspect that you’re being manipulated, so keep that in mind. And even people who aren’t emotionally invested in a friendship or relationship with a dangerous person can be manipulated. They’re often charming and wear a mask of sanity.

Overall, if you’re being distracted or flattered with gifts all the time, and if those acts look organized and designed to cover something else up such as holes in a story, weird demands or favors, or the location of a missing product, you need to keep your guard up and hide your vulnerabilities.

Most people who commit serial crimes, especially murders and rape, usually do it because they’re trying to feel something.

According to the University of Melbourne, this is called “sensation-seeking” behavior. And there’s probably a genetic component to it.

They also don’t fear the consequences of their behavior and look for increasingly extreme stimuli, because they’re numb to many of the things that cause emotion in regular people.

They usually suffered some type of childhood trauma 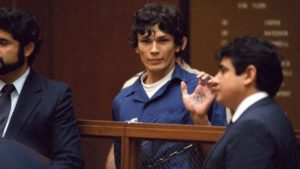 Although not everyone who has experienced childhood abuse becomes a serial killer or criminal of some sort, most serial killers were abused or at least neglected as children.

A study by Radford University based on the experiences of 50 serial killers, discovered that 68% of them have suffered either psychological, sexual, or physical trauma as children.

Psychological abuse has a strong connection with the future behavior of a serial murderer. Meaning, kids who are punished, humiliated, and shamed can become cruel, abusive, and violent.

Neglect plays a huge factor in future behavior as well because when kids don’t learn empathy from their parents, they don’t develop the ability to empathize with others later on.

They have a need for control

Childhood abuse or psychological disorders can leave someone with feelings of helplessness. And if the person is disturbed with the potential to commit crimes, that’s a bad personality trait.

People who feel like they can’t control their own lives or certain situations will sometimes look for small and more manageable areas of their lives that they can gain control over. And if the person doesn’t have empathy for other people, that area can consist of other people.

Childhood trauma isn’t the only factor in someone’s past that can lead them to develop that great need for control. Children who come from unstable families – being moved between foster homes or moving all of the time, can feel like they have no control over their lives.

These kids also have little time to develop true connections with their peers. So, not only do they have control problems, but also have a lack of empathy because of their smaller or non-existent social circle, with which to learn and develop the ability to empathize with others.

And lack of empathy mixed with a great need for control isn’t a good combination.

They may have addictive personalities

In my opinion, most people have addictive personalities. For example, I’m addicted to social media. Others can be addicted to smartphones. Or maybe lip gloss. However, those aren’t abnormal addictions.

More dangerous addictions include alcohol, drugs, cigarettes. However, when regular people associate with these things, they usually don’t damage others, except themselves.

There’s considerable overlap between common personality disorders in serial killers and addiction. The term “addiction” represents the repetition of a behavior despite the bad and harmful consequences.

For instance, one of the most famous serial killers of all time, Ted Bundy first stalked and then killed his victims. So, you can clearly see a pattern in the serial murders of Ted Bundy.

And when he was in prison, he turned to alcohol and drugs because he no longer could commit serial murders. What do you think about Ted Bundy and other serial killers? Have you ever spotted a serial killer? Leave a comment and let’s keep the conversation going below!

Many serial killers are sadistic psychopaths as well as schizoid or have schizoid traits.

A study based on a sample of serial killers by Columbia University professor, Michael H. Stone found out that 86.5% of them met the PCL-R criteria for psychopathy, whereas an extra 9.0% had characteristics of psychopathy.

What’s your opinion? Share your thoughts and questions in the comments down below!