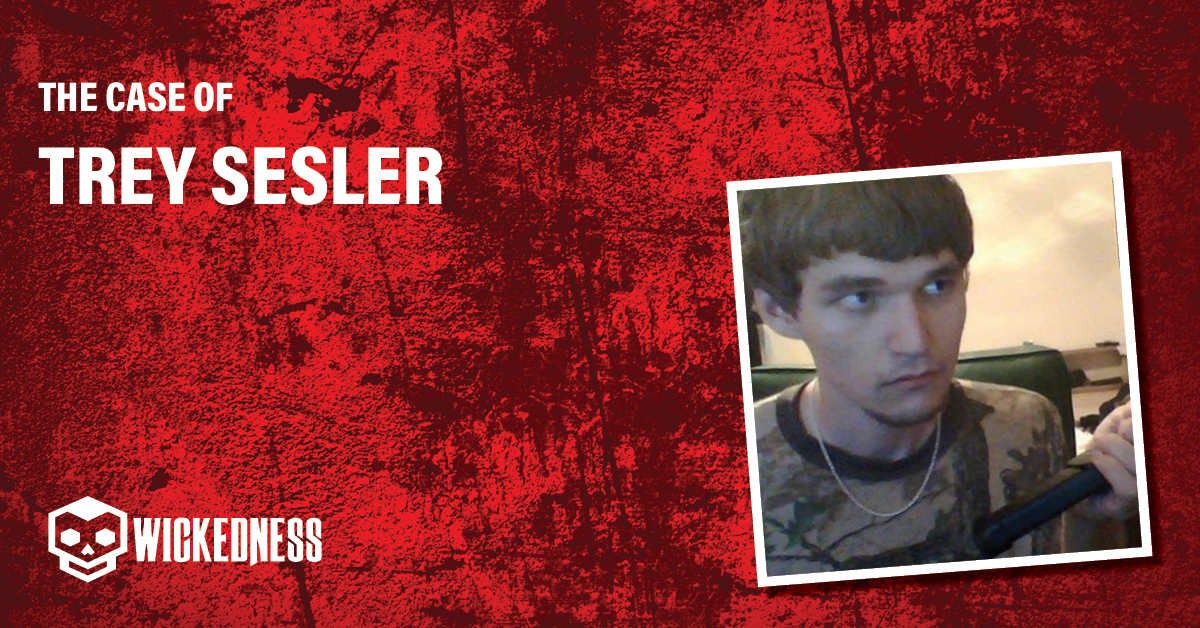 Trey Eric Sesler was born on August 3, 1989. Sesler lived in Walla, Texas. He had an ordinary family of two parents and an older brother. They all live together. His parents have been married for 34 years. His mother worked for the Waller Times. His father taught at Robinson Elementary School in the independent Cy-Fair school district and Sesler’s whole family grew up in Waller. Trey Sesler graduated Waller High School and Blinn College. In school and college, he was not popular, and his education was not bright and did not differ in anything remarkable. He had only a few close friends. They described him as a very intelligent, somewhat eccentric, and generally kind-hearted young guy who sometimes seemed to “live in his films, in the world he created”. Nothing, they said, would portend a massacre at Sessler’s house. On September 14, 2006, he began his YouTube channel “LensCapProductions” along with reviewers MagusX1, Al’s Anime Reviews, and others. He spent all his time creating new content for his channel. Mainly he posted anime reviews, game reviews, and other staff. With his nickname Mr. Anime he was one of the YouTube review beginners and was well-known in the anime community. Also, he inspired a new generation of anime reviewers. Moreover, many different communities knew his name. Sesler with his older brother Mark spent all their time filming short films and videos featuring his pets and brother himself, and reviewing Japanese anime and video games. On December 27, 2011, Mr. Anime said in his YouTube video that he had been diagnosed with a pneumothorax. The year after, he pleased his anime fans that he would be okay. Since his treatment in a local hospital, his channel began to be replenished with other content. He started a new channel about serial killers, mass homicide, and mass shootings in USA schools. Also, he started to post videos with real guns and weapons.

Mr. Anime, as he was known in anime community, broke his reviews with not only japanese animation video or game scenes. Trey Sesler was also a fan of firearms and loaded videos as he fired from a variety of weapons at makeshift ranges around his hometown of Waller, Texas. All his posts became less about anime video and video games. It seemed his behavior had changed. Signs became more noticeable. He had a thousand-yard stare in his eyes, anyone had never seen him like this before. Sesler took antidepressants for years and started drinking a lot. This mix became dangerous and fatal.

In addition, over the years, he became more and more closed. He posted a video comparing himself to N.E.E.T.s, a derogatory term in Japan for people who do not work or study. Later he said that his consideration was just a propaganda concept. Lack of success had led him to quarrel with his father, who was a respected teacher. His videos included research on a famous shooting at a Colombian school and an interest in serial killers such as Ted Bundy. He was also interested in animal cruelty and violent content. Sesler also began filming videos in which he destroyed property. Police confirmed that Sesler trained in shooting with weapons for several years. He kept weapons in his college dormitory and his homeroom. Sometimes he used buildings and pet toys as a target. He also was really into mass killing and even respected killer’s acts. During the nights, Trey Sesler started firing a few buildings, including his local school.

In February 2012, Sesler released a video on YouTube titled “Mr. Anime is planning something”. In this video, he said to his fans that he was taking a 2-3 week break away from the Internet to recover. On March 13, 2012, he posted another clip in which he said that he found a new job. Sesler told that this job is really interesting and from an exciting field. He told his viewers how excited he was about his new job, but unfortunately, it would prevent him from posting videos on YouTube. He also said that he was going to work in the film industry. Today his fans believe that he lied to cover up the murder.

After seven days he murdered his family. It was March 20, 2012. Early in the morning Trey Sesler lured his mother Ronda to the garage of their house and shot her four times with a shotgun in the chestnut. From here, he went to the house. He then entered the house and shot his brother Mark twice, but Mark did not die instantly and went to the bathroom to save his life. He locked in. Sesler thoughtlessly fired at the bathroom door until the door opened and he saw Mark lying dead in the pond of blood on the floor. His father woke up from loud shots and went to investigate what was happening. Sessler met his father in the living room and shot him down as his mother in the chest. Then Sesler smashed all furniture and glass in the entire house and killed all pets who lived there. After all, he returned to the bodies of his family and shot them one more time in the head. He want to be sure that they all were dead. He did not want them to suffer from pain. It was said in the interview after his arrest.

Waller police had a call from neighbors. Horrible and strange sounds were coming from Sesler’s house. After police arrived, they found the crime scene in Waller County. It was like a horror film at their home. Police found the body of Trey’s mother, 57-year-old Rhonda Wyse Sesler, in a garage; his brother, Mark, 26, in the bathroom; his father, Lawton Ray Sessler Jr., 58, in the bedroom. Also, there were dead bodies of animals and blood. On the walls they saw carved phrases:” Why did I do that?” and “I love my mom, dad and brother.” And “God, forgive me, because I can’t forgive myself.” In the meantime, Trey Sesler took his high-powered rifle and 100 rounds of ammunition and went to Waller High School, planning to commit the biggest mass murder a-la Colombian school shooting. But he gave up the idea of Columbine-style shooting and went to his friend’s house, where police detained Sesler after a 48-hour search.

During the eight-hour interrogation, authorities said that he had changed his explanations about the killings several times. Waller police chief said he once told investigators he killed his family to relieve them of the pain associated with his grand plans for the massacre in a local school. In August 2012, Trey Sesler pleaded guilty and was sentenced to life in prison without parole. On September 30, 2020, Trey Sesler’s YouTube channel was discontinued.

Who is Mr. Anime?

What made him kill his family?

During the interrogation, when the officer asked him why he did it, he would start weeping at times, accepting his actions. Other times he seemed zoned out as if he wasn’t the same person who had murdered his family members.