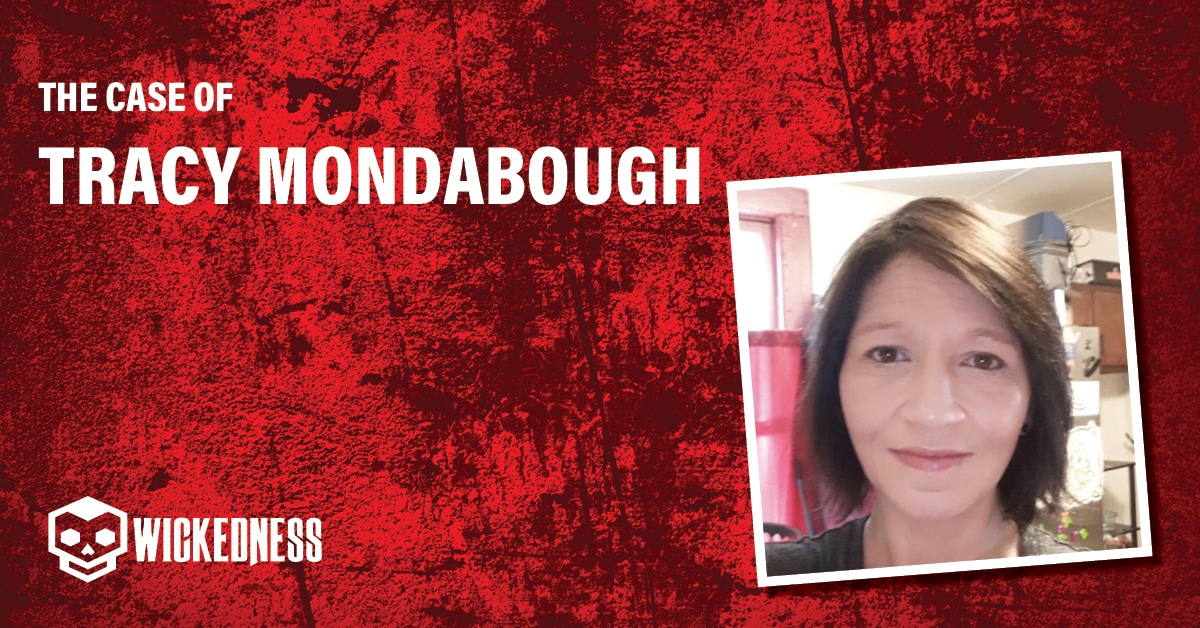 Tracy Mondabough was stabbed to death by her new boyfriend’s wife of over two decades.

Tracy Mondabough was born on the 18th of March 1973. She was a mother of 4 and lived in an apartment complex in Glenwood with a man named Nicholas Boat, also known as Nick Boat. She had recently moved to Pella from her home in Ottumwa and worked in hospital laundry.

On the 18th of May 2020, police reviewed a call from an apartment complex in Pella, Iowa, United States. The caller stated that a possible domestic dispute was taking place and that two females were arguing. The police went to the scene. When they arrived, they found a woman slumped in a vehicle. It was 46-year-old Tracy Mondabough. She was slumped against the vehicle seat and had her seat belt on. Police attempted to perform lifesaving measures on Tracy but it was too late. Tracy Mondabough was dead. She had puncture wounds to her body, causing police to believe she was stabbed to death. There was a stab wound to her chest and multiple lacerations to her hands.

Tracy’s car was parked at the apartment complex she lived at, appearing that she had just arrived home, not even having time to remove her seatbelt before she was stabbed to death.

59-year-old Michelle Lee Boat had been married to Nick Boat for over two decades. In 2020 Nicholas Boat left Michelle Boat for his girlfriend, Tracy Mondabough.

In March 2020, Tracy reported an incident that occurred between her and Michelle Boat that had frightened her. At the time of the incident, Tracy was dating Nick Boat, who had recently separated from his wife, Michelle Boat. Michelle Boat had followed Tracy home from Pella to Ottumwa, some 40 miles away. Tracy called the police when she noticed Michelle following her. She was so afraid she asked the police to meet her at a gas station.

Michelle Boat was immediately made a suspect in the murder of Tracy Mondabough. Mainly due to the incident that Tracy had reported in March 2020 where Michelle was following her. Witnesses also described the killer to be driving a gray Cadillac, the exact vehicle that Michelle drove.

Shortly after finding Tracy’s body, police went to Michelle’s house. When police searched Michelle’s home, they found the gray Cadillac with visible blood on the exterior. The engine was also warm to the touch. Inside they found Michelle just getting out of the shower and a single outfit in her laundry machine. There was also a pair of rubber gloves hidden in the upper toilet tank. The latex gloves appeared to have blood on them. The use of rubber gloves indicates that the killing was planned in advance, not just in a heat of passion.

The murder weapon was never recovered.

The blood found on and inside Michelle’s car was Tracy’s blood.

Michelle Boat admitted to being responsible for the death of Tracy Mondabough in May of 2020.

On the 18th of May 2020, Michelle Boat followed Tracy home. She claimed that she approached her car to tell her how upset she was that she was seeing her husband and to please let her have her man back. Michelle claims that Tracy started hitting her and had even called her a crazy bitch. She said she had snapped and that she had not gone there intending to kill Tracy. She said she returned to her vehicle to get a knife and that she had stabbed her to death.

She argued that she was in extreme emotional distress due to the coronavirus pandemic and that she was provoked to do so. She said she snapped after seeing her husband kissing a younger woman.

It took the jury around 45 minutes to find Michelle guilty of first-degree murder.

56-year-old Michelle Boat was charged with the murder of Tracy Mondabough. Michelle was convicted of first-degree murder and sentenced to life in prison without the possibility of parole by a Marion County jury. She was also charged with the violation of a no-contact order that had been issued between the two on the 28th of March, 2020.

What happened to Tracy Mondabough?

Tracy was stabbed to death by her new boyfriend’s wife. She had just arrived home and parked her car at her apartment complex when she was approached by Michelle Boat. Tracy didn’t even have time to remove her seatbelt before being stabbed to death.

Who is Michelle Boat?

Michelle Boat was married to Nicholas Boat for over 20 years. However, Nick Boat had recently started seeing Tracy Mondabough, a relationship that Michelle was not happy with.

What happened to Michelle Boat?

Michelle was charged with first-degree murder and sentenced to life in jail without the possibility of parole, by the Marion County Jury.

What sentence did Michelle Boat receive?

She was sentenced to life in jail without parole by the Marion County Jury.