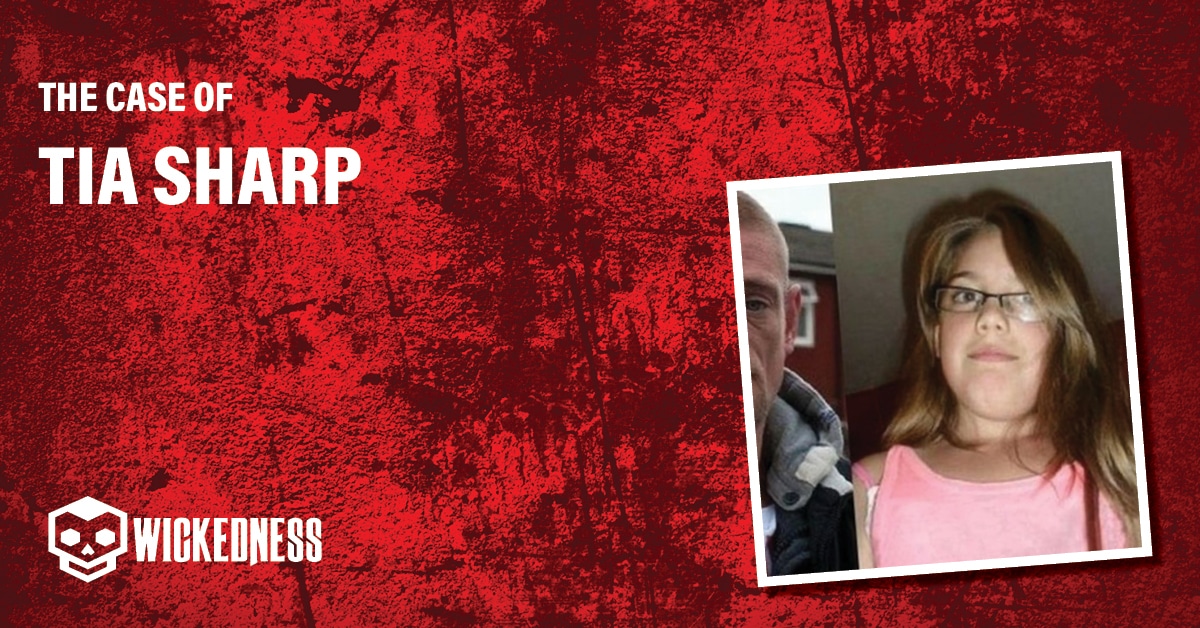 Tia Sharp’s body was found badly decomposed and naked in the loft of her grandparent’s home. She was just 12 years old when a man she considered her grandfather murdered her and took naked photos of her.

Tia spent some nights and some weekends at her grandmother’s house, also in London. Over the years, Tia formed a strong relationship with Stuart as if he was her own grandfather. She looked up to him. This meant that Tia was comfortable staying over even if Christine wasn’t home. It was completely normal for Tia to go spend time at her grandparent’s house.

On the 2nd of August 2012, Tia stayed at her grandparent’s place. She was super excited. The plan was for Tia to get the tram, and Stuart would be waiting for her at the platform at the other end. Tia and Natalie knew it would just be Stuart there as Christine worked nights, so she wouldn’t see her until the next day. Tia and Stuart often hung out. They spent time playing computer games on the PlayStation.

As planned, Stuart met Tia when she got off the tram, and video footage showed them together buying food in a local supermarket.

Christine arrived home from work on the 3rd of August 2012 after her night shift, but Tia wasn’t there. There was nothing unusual about that Stuart told Christine that Tia had gone into town. She caught the bus and went into town so she could buy some new shoes. By 6 pm that evening, Tia was still not home. Christine contacted Natalie to see if she had heard from her, and then she tried to contact Tia, but there was no reply. Natalie, Christine, and Stuart went out looking for Tia, assuming she had just missed the bus, but when there was still no sign of her at 10 pm, they went to the police station and reported her missing.

The Search For Tia Sharp

Stuart informed the police that the last time he saw her was midday when she left the house to catch the bus into town. The neighbor, Paul Meehan, confirmed that he also saw Tia leave the house at that time. A search of the grandparent’s house revealed that Tia had not taken her mobile phone with her. This made Natalie worry.

Search parties went out every night looking for Tia, led by Christine, Stuart, and Natalie, but there was no sign of Tia anywhere.

Police collected over 800 hours of CCTV footage to view from the area, bus route, and town however, none of the footage showed any sign of Tia on the 3rd of August. Stuart was outraged when people questioned him.

On the 10th of August 2012, Christine woke up to an intense smell in her house. That day the police searched Christine’s house for the fourth time. This time they made a heartbreaking discovery. They found the 12-year-old’s body wrapped in a bedsheet and bin bags in the loft. They also found a bag with clothes inside and a pair of broken glasses. The body was severely decomposed, but Tia was identified through dental records.

Police were now aware that Stuart had lied about Tia leaving the house on the 3rd of August, and they needed to know why. Paul was charged with wasting police time as Tia did not leave the house on the 3rd of August. Christine was arrested along with Stuart. However, she was later released when further evidence showed that there was only one perpetrator. Stuart Hazell.

The cause of death could not be established in this case. Tia’s body was not found until the 10th of August, even though it is believed she was killed late on the 2nd of August. The body was badly decomposed due to being left in the loft for that length of time and in the heat as it was the middle of summer. It was suspected that she was smothered.

Further, more horrific images were found. After Stuart murdered Tia, he took a photograph of her in a sexually suggestive and pornographic pose. An image that no doubt he wanted to keep to feed his sick twisted fantasies.

Stuart pleaded not guilty to the murder of Tia Sharp. However, five days into the trial, he changed his plea to guilty. As a result, he was sentenced to life in prison and ordered to serve a minimum of 38 years.

Stuart had 30 previous convictions and was in prison three times. However, his offenses were for drug dealing, assault, and possession of a machete. None of which indicated he was a pedophile. The man that Tia saw as her grandfather looked at her in a sexual way, and his fantasies became a reality and ultimately led to Tia’s death.

What was the Tia Sharp photo?

An indecent picture alleged to be of schoolgirl Tia Sharp was taken after she had died, a court heard on Thursday. The picture, which shows a naked girl on a bed but does not show her face, is claimed by prosecutors to be an image of the 12-year-old taken on the night she was murdered in 2012.

How long did Stuart Hazell get?

The trial of Stuart Hazell began on 7 May 2013 before Mr. Justice Nicol. On 13 May, Hazell changed his plea to guilty and was sentenced to life imprisonment on 14 May with a 38-year minimum prison sentence.

What did Stuart Hazell do to Tia Sharp?

Stuart Hazell, 37, went to extensive lengths to hide the body of Tia Sharp after subjecting her to a sexual assault and smothering her in August 2012.