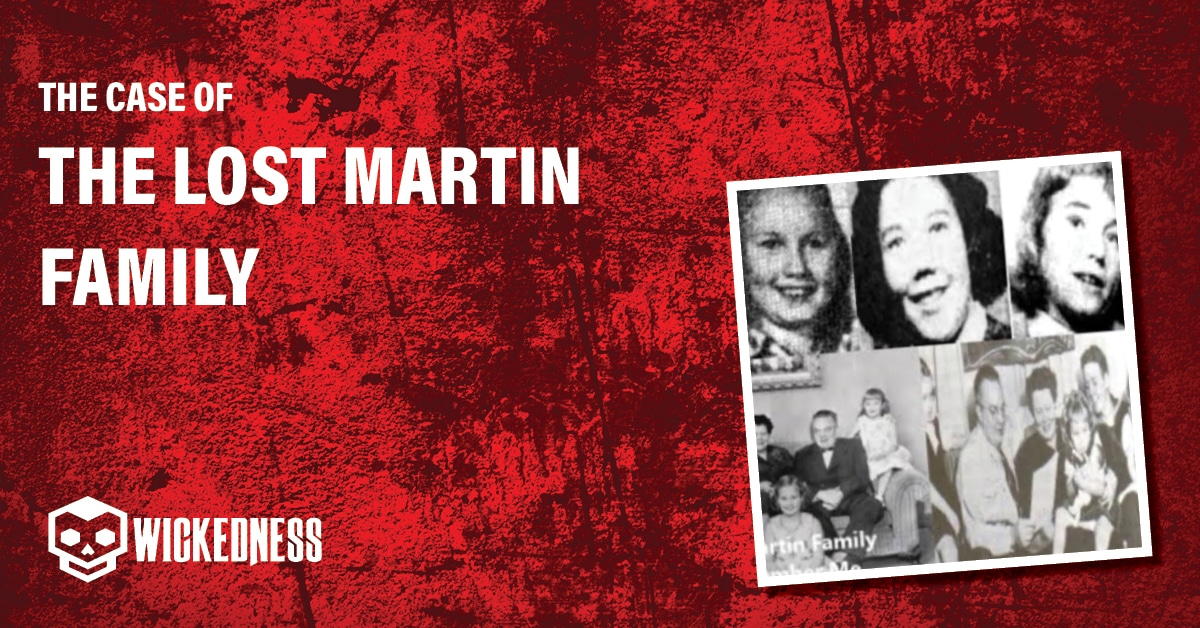 Martin Family, in the 1950s, Portland was considered a center of immorality throughout the country. Portland, Oregon was an example of negative aspects of the city, from poor infrastructure to high crime rates. It was combined with the ongoing violence and vandalism on the streets. It was Friday evening of December 6, 1958. Kenneth and Barbara attended a Christmas party. On a Sunday morning they went on a day trip with their three daughters, Barbara, 14, Virginia, 13, and Susan, 11. They wanted to get natural Christmas decorations, so they planned a day trip with their three daughters. They decided to take a ride to the Columbia River Gorge for collecting evergreen branches for Christmas decorations. They had a famous 1954 station wagon white Chevrolet. In New York, they left their eldest child, Donald, 28-year-old son. At that time he served in the army. The night before the Christmas party Ken and his wife, Barbara Martin were in a great mood. She was wearing her lovely blue coat. In the late morning, all five left their homes in Portland, Oregon. Three hours later, the family stopped at a gas station in Cascade Locks to refuel. The first stop was away forty miles east from Martin’s house. A seller, Dean Baxter told the police that he sold gasoline at about 4 p.m. that day at his store in Cascade Locks. He provided confirmation. He showed a credit card payment for fuel. Then they went on. Another statement was made by a waitress named Clara York. She told the police she was waiting for her family at the Paradise snack bar in Hood River. She saw they ate at the Paradise Snack Bar in Hood River about 20 miles east of the gas station. Mr. Martin planned that they would return in the evening that day. This was the last time any observations of the Martin family could be confirmed.

On December 9, Ken Martin did not return to work. It was extremely unusual for Ken. Ken’s manager, Taylor Eccles of the Eccles Electric Home Service Company, announced Ken’s disappearance. He phoned his wife. She was missing, too. Later, it turned out that Barbie was out of her morning classes in a high school. As were Virginia and Susan, Rose. Their city school teachers noticed it. Taylor Eccles called the police in the Morning evening and reported that the family was missing. At about 11 p.m. that night, police arrived at the Martin family home on 56th Avenue. They found a load of laundry still in the washing machine. In addition, they saw a stack of dishes drying on the rack. It seemed that the family wanted to return and finish their housework. Even Santa’s costume from the Christmas party was laid on the bed. A few days later, their disappearance appeared on the front pages of local newspapers. Five different police search groups were launched. All forces began separate investigations to find the family. Several witnesses claimed that they saw Martin’s family. Some people told the investigators that saw them in other parts of Oregon, Iowa, and even Montana. But not a single testimony was supported by clear evidence. As Martin’s family case seemed to cool down, a man from the Cascade Locks found a 38-caliber gun. The gun was covered in dried blood. The butt of the gun was damaged. It looks like it was used to break something. The local sheriff handed the gun to the man and ordered him to keep it. However, he did not send the gun for examination, and the blood for DNA analysis. In February 1959, a volunteer searcher found traces of tires leading from a cliff into a river near Dulles, Oregon. After tires analysis Police confirmed that the traces matched Martin’s car. The Martin family seemed to have somehow slipped off a cliff into the river. Search teams and divers tried to search the river but found no traces of the car or the bodies of the missing family. On May 1, 1959, during dredging, the barge dropped anchor and caught on something that could be large and metal. They tried to pull it up but this unknown construction broke. Ms. Martin’s body was found by a fisherman and his wife two days after the police found Martin’s car traces. Susan’s body was found on the north bank of the Columbia River, near Kamas, Washington. It was about 70 miles from Dulles. The investigators identified the woman using dental charts. The body of the second youngest daughter of Martin’s family, Virginia surfaced near the Bonneville Dam after the day when Susan’s body was discovered. The rest of Martin’s family was never found.

The most common theory accuses Donald Martin of involvement in the death of his family. It turned out that Donald Martin had a tense relationship with his family. He may be gay and his parents caught him with his boyfriend at home. This was confirmed by his friend Wayne in an interview with reporters in 2008. Eventually, Donald Martin returned for a short time to renovate the estate. Here detectives interrogated him, but he was cleared of any offenses. Everyone believed that Martin’s family’s death was an accident. It believes that Donald was the only person who had a motive to kill a family to inherit. In addition, he worked with two former prisoners. He could hire them to commit murders. Donald did not show any emotion towards the death and disappearance of his family. He even did not attend the memorial service of his sisters. He could have killed them because he was the sole heir to the family estate. Donald Martin later moved to Hawaii, married, and had four children of his own before dying in 2004. No evidence has been found that leads to the exact facts of what happened on the day when the Martins family disappeared. They disappeared forever, the mystery remains a mystery.

Was the missing family ever found?

The whereabouts of Kenneth, Barbara, and Barbie remain undetermined, and their vehicle has never been recovered.