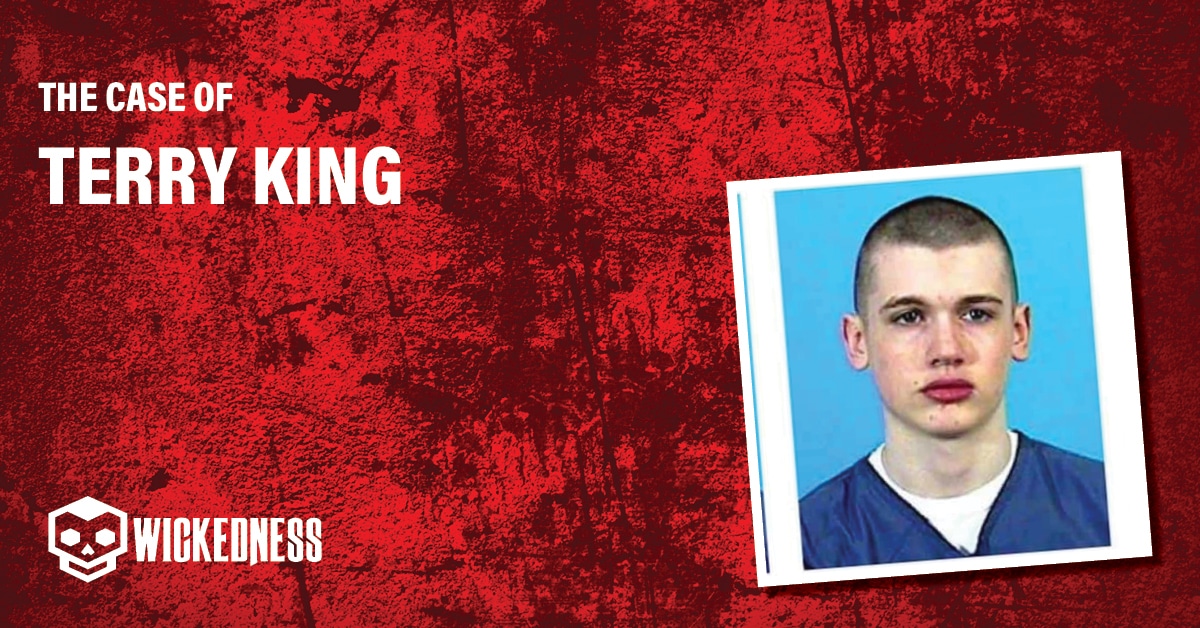 It was in 1985. Terry King met his future wife Janet French. During this time, he worked as an air conditioning technician and Janet was a stripper. They were together for eight years but, unfortunately, there was no marriage. The couple born two intelligent children Alex and Derek. A few years later French betrayed Terry with another man while still living with him. She became pregnant with her other two children. French became a drug addict. She left King’s family in 1993. She left her sons Derek and Alex, five- and six-year-olds. Terry was left to raise his children. The first time, she connected with King’s family, but later she did not keep in touch at all. Then she moved with her two children from another father to Kentucky. She changed her name from Janet French to Kelly Marino. Terry found a new job as a printing operator. He hoped that it would give him more money but financial difficulties did not disappear. There was no telephone or electricity in King’s house. Sometimes it was difficult to bring food for his children. The only way to solve the problems was to place his sons Alex and Derek in a Christian orphanage. It was run by a local priest. Terry thought if Christians took care of his intelligent children, it could be better. In a foster family, Derek was given adoption and reception. Soon, Alex was left alone under state care, he want to study in Grinnell College. Derek King was sent to live with another foster family as a child. The next year Terry considered that it was the best time to return the bewildered Alex to his father’s care from foster care. Derek did want to stay with his adoptive parents no more. He became overly destructive. Adoptive parents no longer felt they could handle the foster care of Derek. After seven years, Derek was also returned to King’s family. In the 2000s, Terry King worked with Rick Chavis. He was a family friend and often visited King’s house. Rick Chavis, also known as Ricky, worked as a 40-year-old handyman in a local car repair shop. At first, Terry trusted Ricky to follow his sons. They quickly became friends and crated building of trust.

After school Derek and Alex spent time with Ricky. They were able to watch TV and play video games. When Terry needed money, he asked Ricky. Rick Chavis helped him with financial issues. Terry soon noticed that his son Alex changed. Alex started to call his father by name and became more withdrawn. In meantime, Rick Chavis was already interested in Alex. The first time, he met with the boys only when their father was near. Then he stopped limiting his seeing King’s sons in public. Alex and Derek hung out in a Chavis’s hidden room, played video games, and smoked weed. Now the pedophile was able to take care of Alex without any intervention. Finally, Terry told the boys that they could not spend time with Ricky. Terry locked the boys in their room with no chance to meet Ricky again.

They killed their father, Terry King

On November 16, 2001, Terry came home and found that Derek and Alex left his house. They had taken a backpack, clothes, and several knives. Terry searched for them in the area. He could not find them and decided to call the sheriff’s office. Terry thought his sons had gone to Ricky’s house, but Ricky denied it. Ricky admitted that Alex had called him. He said that they would never return to Terry King’s house. Derek and Alex were afraid that his father would react violently to their runaway. A week later, on November 26, 2001, the two brothers came into Terry’s house. Terry King had slept in the green room in his recliner chair. The boys were finding something heavy to kill him. They found only a metal bat. They came into his room quietly so as not to wake him. Derek began beating his father’s head. Blood was everywhere on the walls and the floor. It was like death rattle. They lit the fire in his bedroom and run away from death rattle. At around 1:30 am, police arrived at the King’s house. It was on fire after brother’s duo concert. They saw opened door and quickly found Terry’s dead body. The crime scene showed that Terry was not killed by fire. Only a day later, Ricky said they had found the boys. Investigation started. Police interrogated Derek, Alex, and Rick. At the earlier trial testimony Derek confessed they waited near Terry’s house when their father fall asleep in his chair. Then they found an aluminum baseball and hit Terry’s head. Derek continued beating him, even though he heard a crack of his father’s head. Boys hit their father to death. It seemed to be third-degree murder. He thought his father could open his eyes. Alex King witnessed the whole story of third-degree murder. At the earlier trial testimony police found Ricky was a pedophile. They checked Ricky’s criminal history and found confirmation that he is child molester. In 1984, he was caught in bed with three runaway boys at a hotel. At this time, he worked as a hotel security guard. After a few days of interrogations, Ricky admitted that he hid the boys in his house. All the time after Terry was murdered, he hid them in a secret room. During a search in Rick’s house, police found hidden video cameras and photos of various boys.

Derek and Alex are charged with an open count of murder. Police took them to North Florida Department of Department of Corrections. The boys were told that they would recieved smaller jail sentence if they confessed with a plea bargain because they were minors. Ricky’s fair trial began in August 2002. His actions accused to a first-degree murder. There was no special defense in the brother’s confessions and testimonies, which prove that Chavis could not have committed third-degree murder but let him to first-degree murder indictment. He also had mediation meeting with brothers in North Florida Reception Center.The jury of North Florida Department of Department of Corrections consulted for five hours, and child molester Ricky Chavis was found not guilty of Terry King’s murder. However, Chavis was found guilty of aiding King’s brothers in killing his father and boys guilty. He was sentenced to 30 years in Escambia County Jail. It is still believed that this was probably done by an adult, not by 14-years-old Derek King or 13-years old Alex King. Derek and Alex were eventually found guilty of their father’s third-degree murder. On September 6, 2002, a judge closed the case. The jury of North Florida Reception Center believed that it was not fair trial without plea agreement. Plea negotiations began with mediation meeting. The case was resolved through mediation, and the boys took plea agreement of guilty to third-degree murder. After plea agreement of boys guilty and charges through mediation Derek King was sentenced to eight years in Escambia County Jail and released from Escambia County Jail in March 2009. Alex King was sentenced to 7 years and released in April 2008 after serving seven years. Now Alex expressed interest in studying microbiology. Derek King went to live at Estrella Vista.

Who is Rick Chavis?

A family friend, was convicted of being an accessory to the murder.

When Rick Chavis will released?