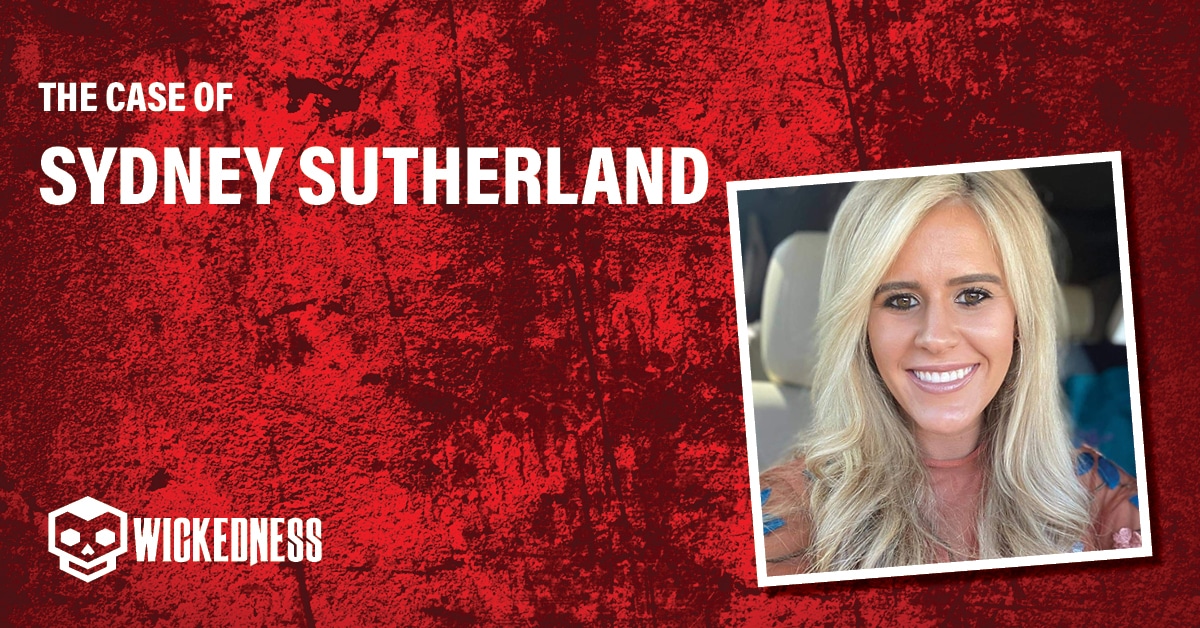 Sydney Sutherland grew up in Tuckerman, Arkansas, United States. She attended Tuckerman High School in Jackson County. While she was an adult, her home was in the area of New Port, about 45 miles Southwest of Jonesboro. She was reported very much a mothers girl. Her mother, Maggie Sutherland, said she would sit with her mom at high school football games rather than with her schoolmates. Sydney was Maggy Sutherland’s only daughter, she had two older brothers, and her aunts and uncles had boys. She was also one of the youngest family members of her family. She graduated from University at Newsport and became a geriatric nurse.

The disappearance of Sydney Sutherland

On Wednesday, the 19th of August 2020, 25-year-old nurse Sydney Sutherland went for a run along Jackson County Road 41, a rural highway near her family home. She was wearing black athletic shorts, a white tank top, and pink running shoes. Three hours after she left for her run, her boyfriend started to become worried. He phoned his mother, Maggie Sutherland, who then attempted to call Sydney. All of Maggie Sutherland’s calls went directly to voicemail. Text messages were also sent to Sydney, which also went unanswered.

Sydney’s vehicle and all her private belongings were at her home. Sydney Sutherland was reported as missing. Several police agencies were dispatched to County Road 41, which included local and state law enforcement, the FBI, and the US Marshall service. These search parties, along with hundreds of volunteers, spread across the open terrain. Helicopters and ATVs were also used. Sydney’s cell phone was found a quarter-mile from her home. Jackson County Sheriff David Lucas said that the phone was not damaged.

Quake told investigators that he saw Sydney running that day when he was driving in the area. Police conducted a search of Quake Lewellyn’s pickup truck. During the search, they noticed what they believed to be blood on the tailgate and blood inside the cracks of the tailgate. A search of Quake’s phone also showed that he had been in a specific location less than 2.5 miles from where Sydney’s iPhone was found. Sydney’s body was found buried in a shallow grave at this location. Quake was brought in for questioning, where he admitted to killing Sydney Sutherland but said it wasn’t on purpose.

Sydney Sutherland’s body was found two days after she had disappeared. Her body was buried in a shallow grave a short distance north of where she was last seen jogging. DNA testing confirmed that it was Sydney’s body. An autopsy was conducted and revealed that Sydney had died from multiple blunt force injuries.

Police had someone in custody. But everyone was shocked at how close to home the person was. The person in custody had been playing the part of a worried neighbor, volunteering with the search and even creating a Facebook group dedicated to finding her. The man was Quake Lewellyn.

Quake Lewellyn, a 28-year-old local farmer, had attended Tuckerman High School with Sydney, a small school with only 50 students per grade. The two were also friends on Facebook. However, he unfollowed her around the time of her disappearance. He was reported as a quiet man. Quake, who lived in Jonesboro at the time, was jailed on charges of kidnapping, capital murder, and rape. Prior to his arrest, he had no previous convictions and was not known as violent. He was married and raised in a stable household. Since his arrest, his wife has filed for divorce.

On the 1st of October 2021, in Jackson County. Quake Lewellyn accepted a plea deal and waives a jury trial. He pleads guilty to capital murder and rape. As a result, Quake Lewellyn will be sentenced to life in prison without the possibility of parole. Quake Lewellyn told investigators he struck Sydney with his pickup truck, then drove to another location where he said he raped her and buried her body. As a result of the plea deal, he will avoid the death penalty. Sydney’s mother and brother Sam Sutherland said they would never forgive him and wanted Quake to obtain the death penalty.

What happened to Sydney Sutherland?

On Wednesday, the 19th of August 2020, 25-year-old nurse Sydney Sutherland went for a run along Jackson County Road 41, a rural highway near her family home. She was never seen alive again. Three hours later, after she had not returned, she was reported missing. Two days after she was reported missing, Sydney’s body was discovered buried in a shallow grave a short distance north of where she was last seen jogging. An autopsy was conducted and revealed that Sydney had died from multiple blunt force injuries.

What happened to Quake Lewellyn?

Quake Lewellyn received and accepted a plea deal. This plea deal allowed Quake to avoid the death penalty. He plead guilty to the capital murder and rape of Sydney Sutherland. As a result of the plea deal, a trial never took place, and he was sentenced to prison for life. He will never leave prison alive.

Quake Lewellyn had attended Tuckerman High School with Sydney, a small school with only 50 students per grade. The two were also friends on Facebook. However, he unfollowed her around the time of her disappearance.